Young and Brave in Cryptoland 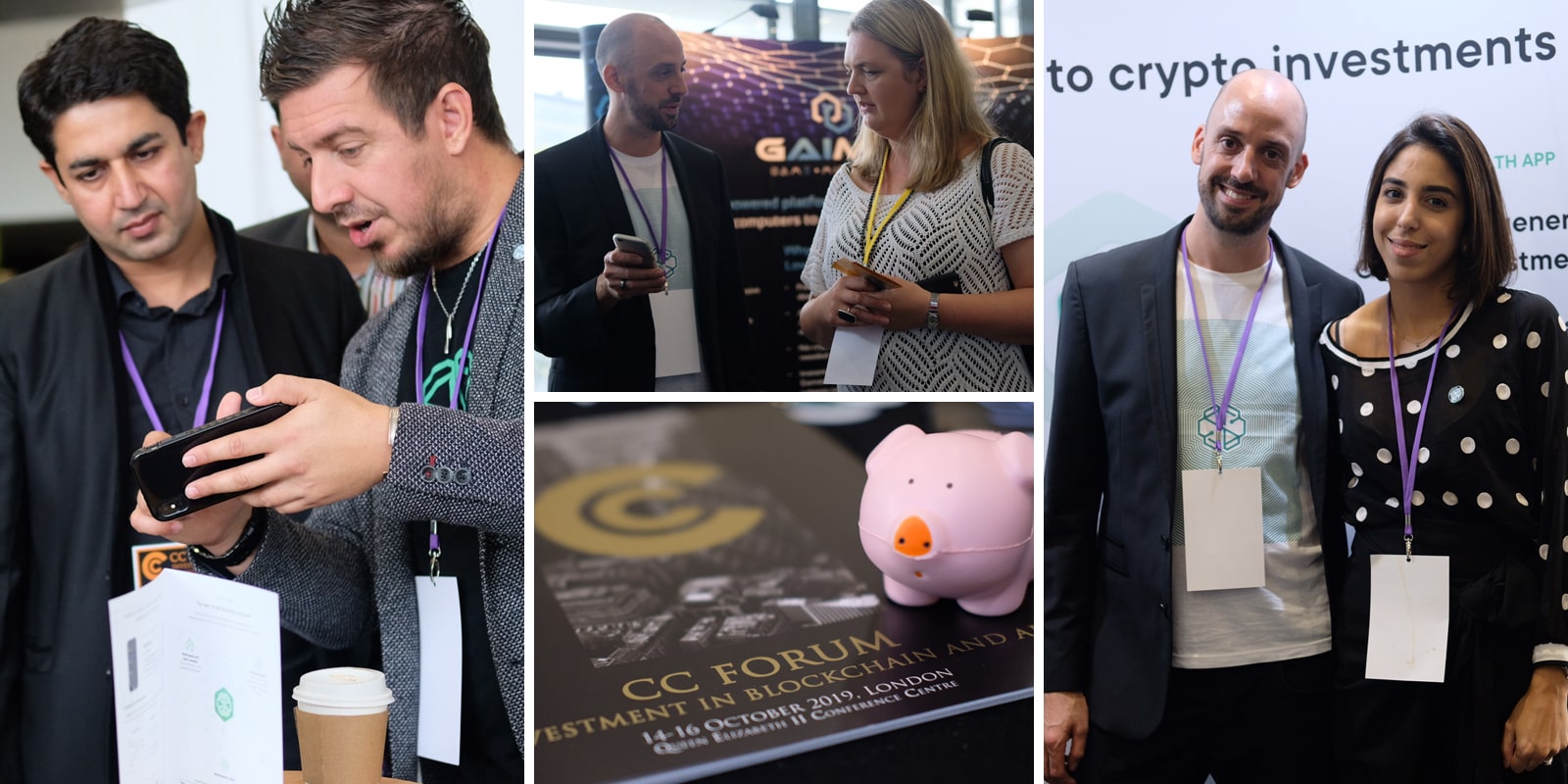 927.4 Kilometres Apart from Where We Met

I arrived late in the rain, the room was not packed but crowded. There was a buzz of excitement, meeting and being part of the community made me feel blessed!

Although blockchain technology is revolutionary and fascinating for millennials like me, it's the community that fuels me the most. I met, Arthur Bonetti and Vincent Pommaz at Lausanne during the Forum EPFL, one of the biggest career fairs in Europe. Two weeks and 927.4 km later, we met again for the first time. Our SwissBorg fans and Crypto adopters booked a flight and hostel and travelled all the way to meet SwissBorg’s London team at the CC Forum. They were excited to participate in a forum that is at the forefront of crypto disruption. Crypto has the power to bring people together.

A Young Graduate into the Heart of the Blockchain Space

After graduating from the faculty of Business and Economics of Lausanne with a master degree in finance, I was fortunate to be offered a job at SwissBorg, one of the fastest-growing FinTech companies in this cutting-edge space. Never very eager to work at a traditional bank, SwissBorg was the right fit to put to use my spirit of innovation and my dynamic energy. At that moment, I didn't know yet that I was going to start one of the most intense adventures of my life.

I attended the CC-Forum with some of my colleagues from SwissBorg. It was a whirlwind three-day conference with 100+ speakers and some of the biggest personalities in the crypto sphere.

For me, going to this conference unprepared, having to present and pitch my company in front of more than 500 people with years more experience than me, was intimidating. What if I didn't find my words if the questions were outside my field? What if I wasn't convincing?

Once there, speaking frankly about something I am passionate about with a network of amazing people that I deeply respect on a professional level really pushed my comfort zone. It wasn’t just read about sales and networking, I got to practice it firsthand. Being able to improve my pitching skills by presenting our product to the world was one of my main personal rewards. Here I was, a young graduate thrown into the heart of the blockchain space networking with superstars like Tone Vays and learning from their experience.

The CC Forum was perhaps one of the craziest and most controversial conferences in the crypto history. Differing point of views debated the hot technological topics of our time from the off-chain to the on-chain world.

The second day of panels was especially explosive. Craig Wright, who claims to be Satoshi Nakamoto the creator of Bitcoin, was given a new turn on the stage for a duel, “Bitcoin does not have any real value or does it?” Craig focused on nChain's strategy of patenting blockchain technology by saying that in the future people will have to pay licenses for use.

The debate escalated when the moderator opened the floor to the audience’s questions. An enraged Angelina Lazar accused Wright of fraud and told him to go back to his pumpkins and tomatoes (he had previously claimed he grows them). As a result, a viral meme was born: #PumpkinManCraig

Craig's statements on the patenting of blockchain go against the fundamental pillars of the blockchain philosophy, including decentralisation and inclusiveness which opened the ground upon which enthusiasts attacked Craig Wright. With the video clip going viral and providing much entertainment to the online crypto space, many wondered who could benefit from this news. Certainly not the ecosystem at a time when mass adoption should be a common goal. What would onlookers from outside of the crypto sphere think of these conflicts? ‍

“I would hate to have any person new to crypto or as they call it on twitter, any ‘normie’, exposed to such a blatant display of rivalry and mistrust within the community.”

At a time when the crypto market already has enough haters, it is time for Bitcoin believers to stand together and better represent the ecosystem to the general public.

Pumpkins and Tomatoes: Craig Wright Fiasco at the CC Forum

Please have a look at the viral video clip that I filmed and tell us what you think in the comments section. Tired of all the noise? Spend time with a trusted source subscribe to CryptonitesTV the no BS blockchain channel!

Davos: Be Part of The Solution Set

A November Full of Crypto Edutainment