A Wild Month For SwissBorg & The Cryptosphere 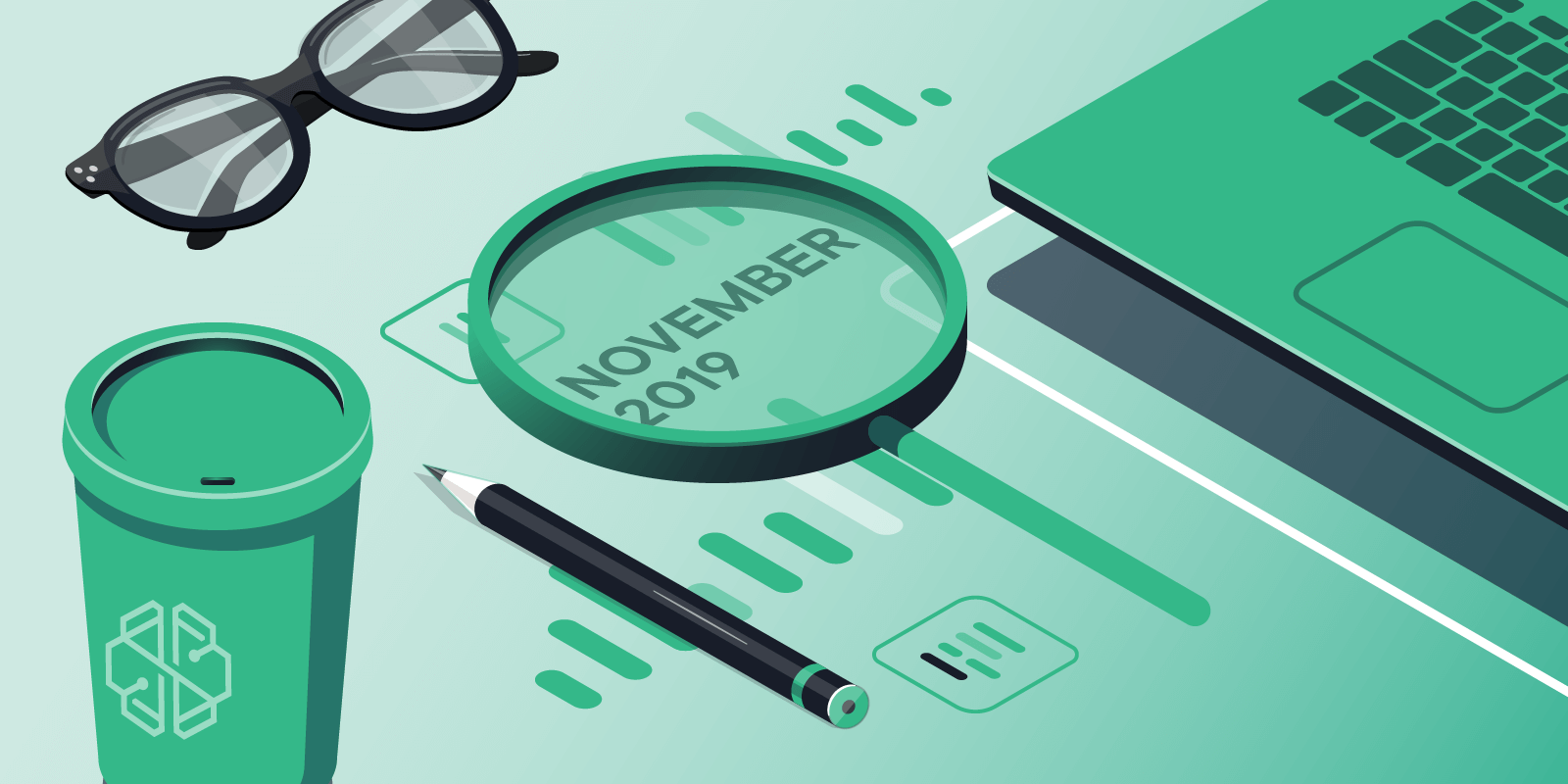 We had a fabulous month at SwissBorg! After 24 months of hard work, our Wealth app is live and undergoing Alpha testing. Like kids awaiting Christmas, our team and ever-growing community are filled with joy and enthusiasm for the launch of our showcase product.

The month that passed saw the kind of wild volatility in the Bitcoin and crypto markets that puts fear into the heart of the more cautious among us. News from China gave hope only to take it away with further news that President Xi didn’t mean to include cryptocurrencies when he encouraged Blockchain technology. Regulatory pressure and surveillance have put a brake on dreams of mass and institutional adoption. Governments fight scams by some and overreach by others like Facebook inc. This regulatory pushback together with the inherent volatility of the market (Bitcoin nearly doubled since the start of the year, but is down by more than 40% since its peak in June) have slowed down both mass and institutional adoption.

The number of new crypto funds launched is less than half the amount in 2018, according to Crypto Fund Research. However, big firms such as Fidelity Investments continue to make it easier for institutional customers to invest in digital assets.

As usual in this path breaking space, there is also good news that underlines the belief that the crypto market will never die. Two pension funds of Fairfax Retirement System recently embraced the crypto market. Harvard University’s endowment backed a crypto company,  Blockstack Inc. According to a study by Fidelity, institutions’ investments into cryptocurrencies are likely to increase over the next five years.

While our tech and finance teams are hunkered down working testing our Wealth app, our head of Communications continued his Cryptonites Youtube series with a dream team line-up of interviews that included some of the most passionate and colourful figures in the field. We persisted on our attempts to spread the crypto gospel and edutain by co-hosting and organizing meetups, conferences and events. We have press conferences and more educational events planned in preparation for the launch of our feature app.

The extreme volatility of the Bitcoin market had the benefit of making our Community app hop! A free Bitcoin price prediction game that gives priority access to our Wealth app, the Community app saw the biggest monthly growth since it’s launch. More than 15,000 new players registered to reach the symbolic 60,000 player mark. We are very proud of the fact that our community of players have made more than 1 million forecasts since the beginning of the game.

If you haven’t yet, download the app, join the game, see if you can beat the Cyborg Predictor!

It is going through Alpha testing on both iOS and Android. ‍

We promised you quality and Swiss quality takes time. Building the cutting-edge product that we aim to provide does not come from diligent development alone but also careful testing. Our teams are working hard to minimize bugs before the SwissBorg Wealth app’s launch.

We are moving to Alpha v.2 stage of testing as I write and will give you another update as soon as we make the transition.

For several days, the sales pressure was very strong and the price fell steadily. Once it quickly reached the support observed before China's announcement, the fall accelerated.  The selling pressure was so violent that even the critical support at $6’500 was tested. This level is the key level for Bitcoin because it is followed by all traders since the end of 2018. Fortunately for the bulls, recovery has been observed once the price rebounded on the support. However, the trend is still strongly downward and the price is caught in a descending triangle pattern with the risk of re-testing the key support. Read the entire report here.

The Community app players grew to 60k making a whopping 1 million predictions but they also saw colossal losses.  In this report, you will discover additional statistics and, above all, why the competition has never been so tight!

A message from our CyBorg predictor for you, humans: “You’re gonna let me beat you at forecasting?”  Read more here.

Our marketing and communications teams continued their effort to spread the word about the viability of Blockchain technology and cryptos. Read about the places we’ve been, the conferences we’ve held, the talks we’ve given and the people we’ve interviewed on the Cryptonites Youtube channel here.

In Korea, we started off the month of November with a piece of great news!

SwissBorg reached the A+ level (highest grade) on Xanlge the blockchain company’s public disclosure platform. The platform was created to enhance transparency within the cryptocurrency market which is one of SwissBorg’s top priorities as well. Xangle has partnered with almost every Korean exchange and provides institutional DD reports to them. We are going to officially cooperate with Xangle to enhance transparency and our report will be sent to all the exchanges and partners. Cyrus Fazel, our founder, is going to be featured LIVE on the local TV channel, “Money Today” which is a major media covering the economy. Read more here.

Is Bitcoin facing a liquidity crisis?