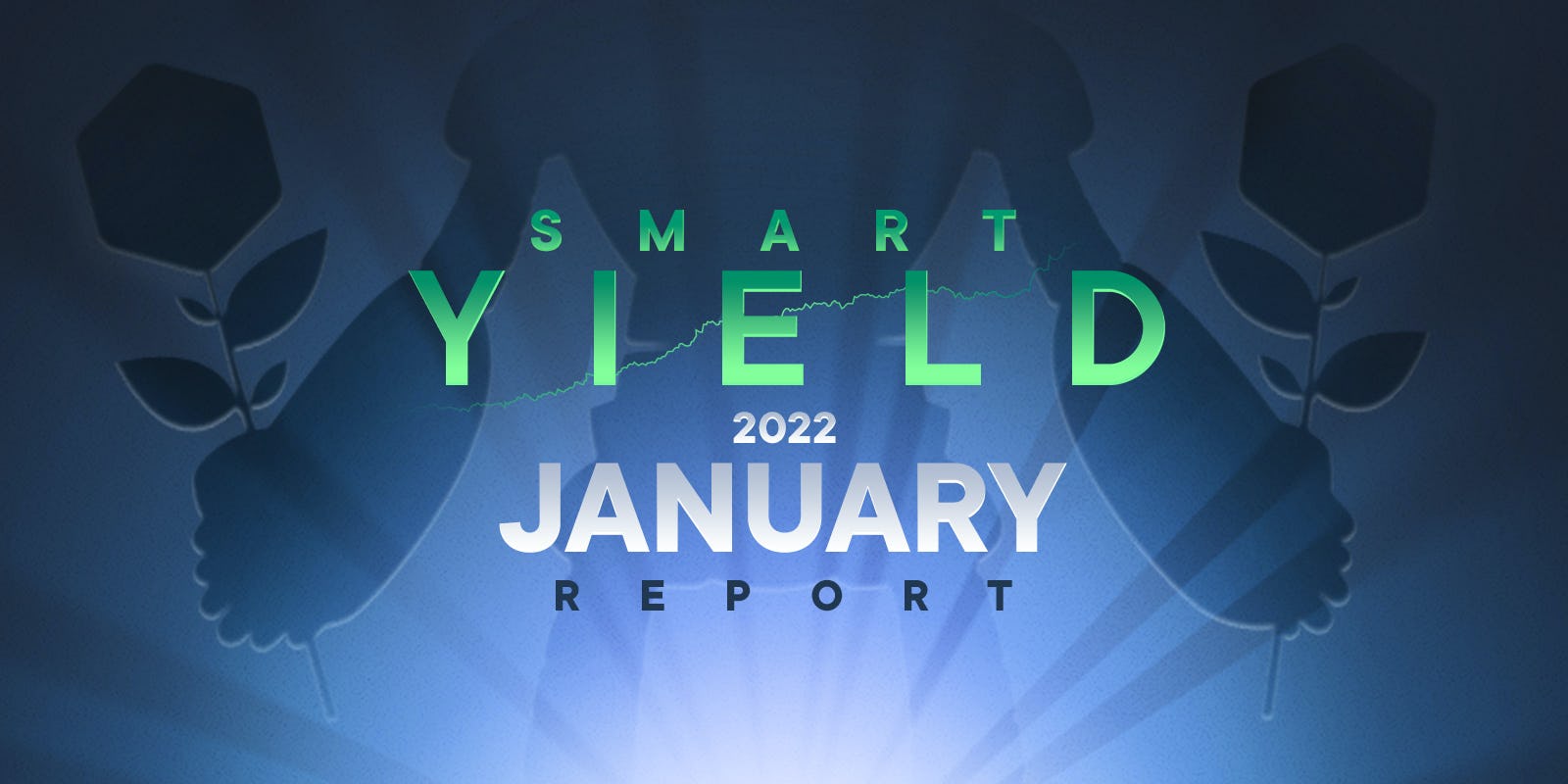 Total value locked (TVL) in DeFi denominated in ETH reached a new all time high in January, which coincided with the lows of the wider market price action. This inversely correlated trend was identified previously, with this latest data point adding support to the thesis that investors use bearish periods in the market as an opportunity to yield, and shift to a more speculative strategy during bullish price action (as we have seen since the last week of January).

One of the alternative layer 1 solutions that surged in TVL was Fantom, jumping from $5 billion to almost $13 billion in January alone. This made it the third largest chain for a brief period, though it quickly shed much of its value and currently sits at $9 billion. This increase can be attributed to Andre Cronje’s plans for deploying a new project on Fantom called Solidly, and it included an initial period where the top 20 platforms would receive NFTs with utility for the platform. This prompted many investors to flock to the various platforms on Fantom in the hopes of taking advantage of some of the incentives planned. February will see the launch of Solidly and how its new ecosystem behaves, making room for plenty of new yield farming opportunities.

It didn’t take long for 2022 to receive its first high profile hack. On February 2nd, the Wormhole bridge which transfers assets between Ethereum and Solana was exploited for over $200 million. The exploit was unique because the exploit happened on one of the Solana smart contracts. These are largely written in Rust, whereas most exploits we have seen so far have been on EVM compatible chains with contracts written in Solidity. During the Token2049 conference last October, a major theme highlighted by one of the VC firms for 2022 was security in Rust-based smart contracts. This exploit may have kick-started this trend for the year.

The following table summarises the wallet actions in January. It was particularly volatile with the premise of a bear market, inducing fear in traders’ behaviour. This was reflected by a reduction of the amount allocated to the Smart Yield wallets across almost all currencies, except Matic, USDT and EURT. EURT saw a lot of the traction coming from the reduction in APY from the USDC and USDT stable coins, which ended up making EURT the top yielding asset. Matic saw strong traction with more than 10% new users being the second most adopted yield wallet this month in proportion.

Despite the fact that the amount of tokens in the yield wallets fell, the number of users kept increasing, reflecting the growth of users using the SwissBorg app. 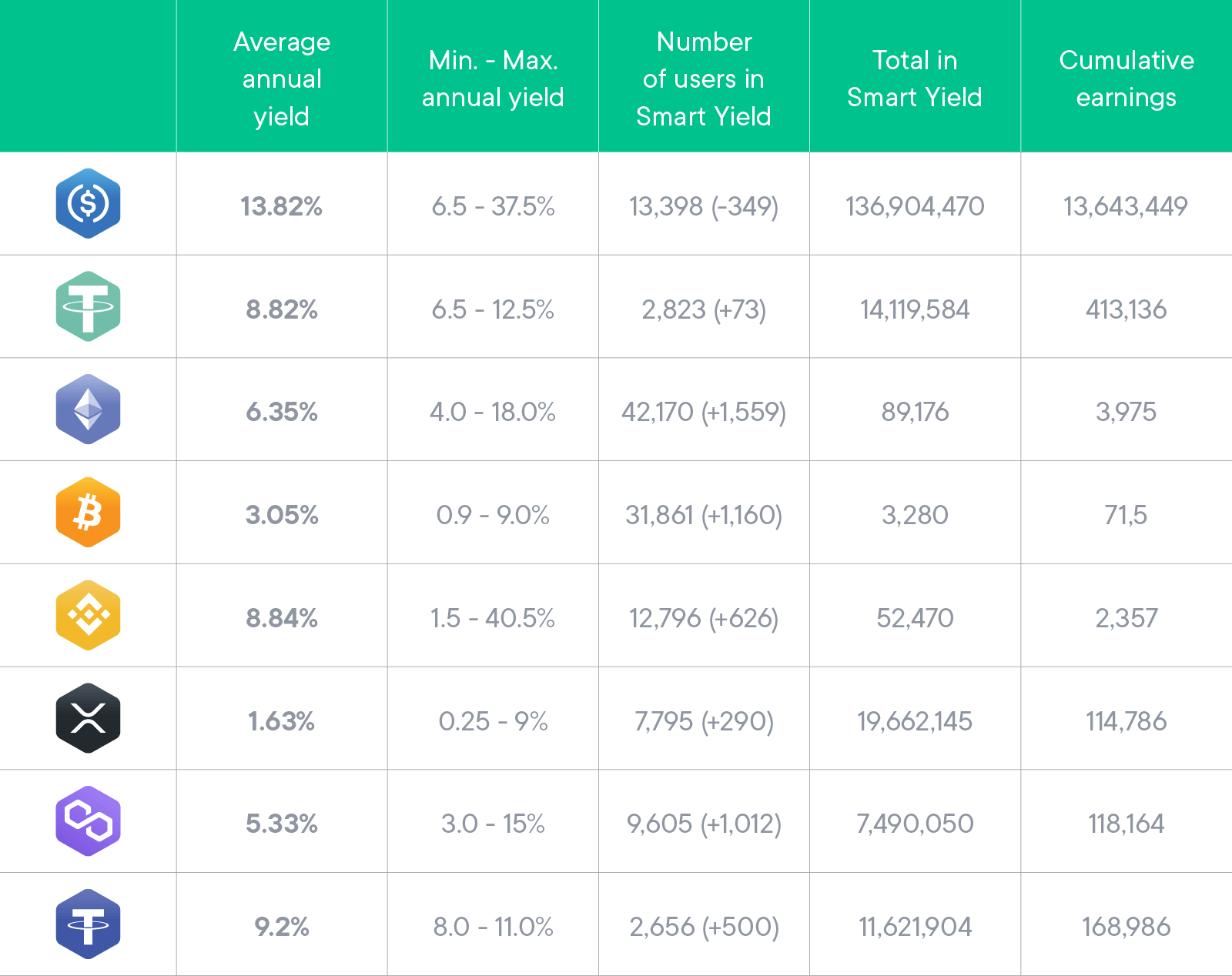 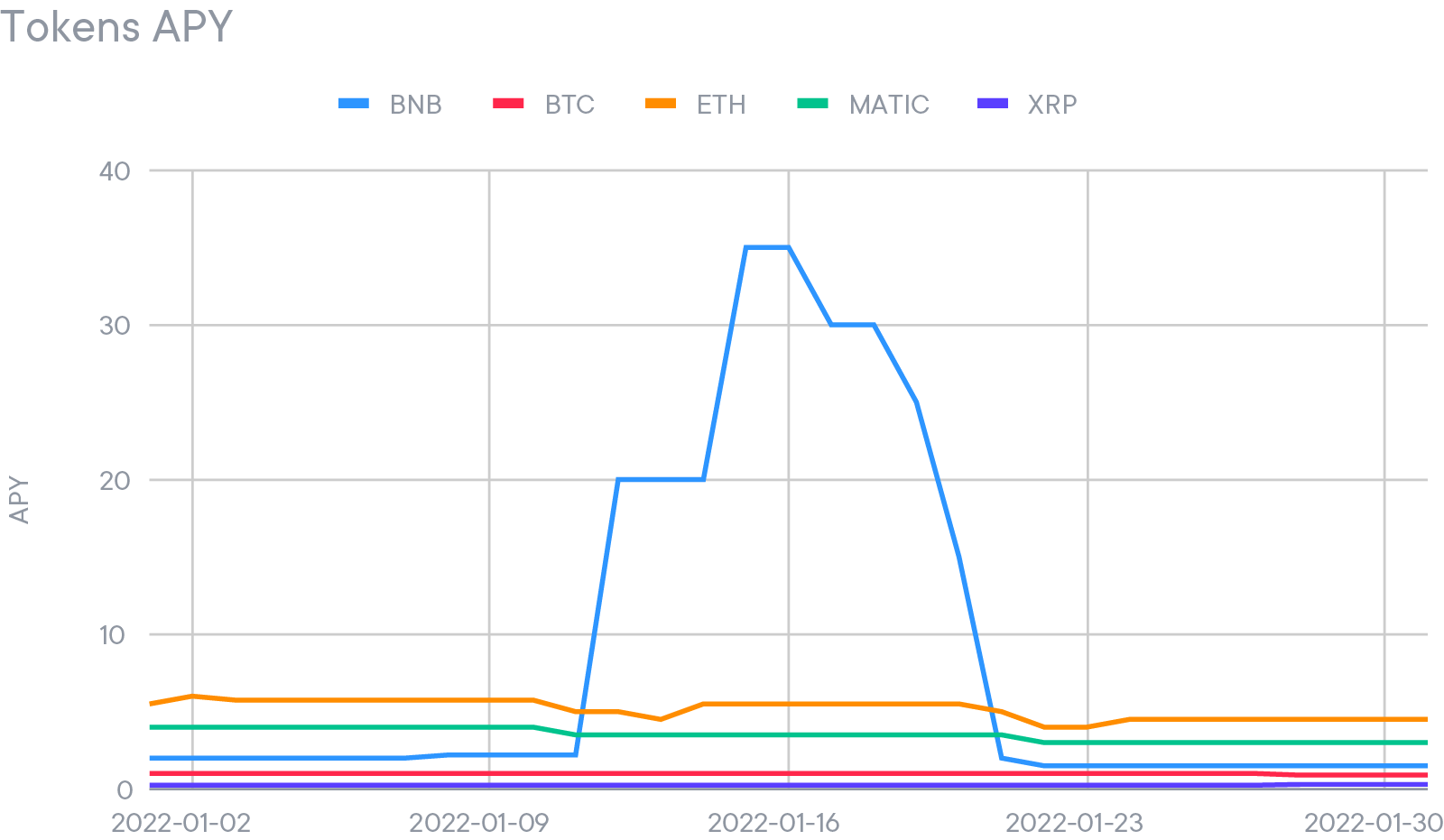 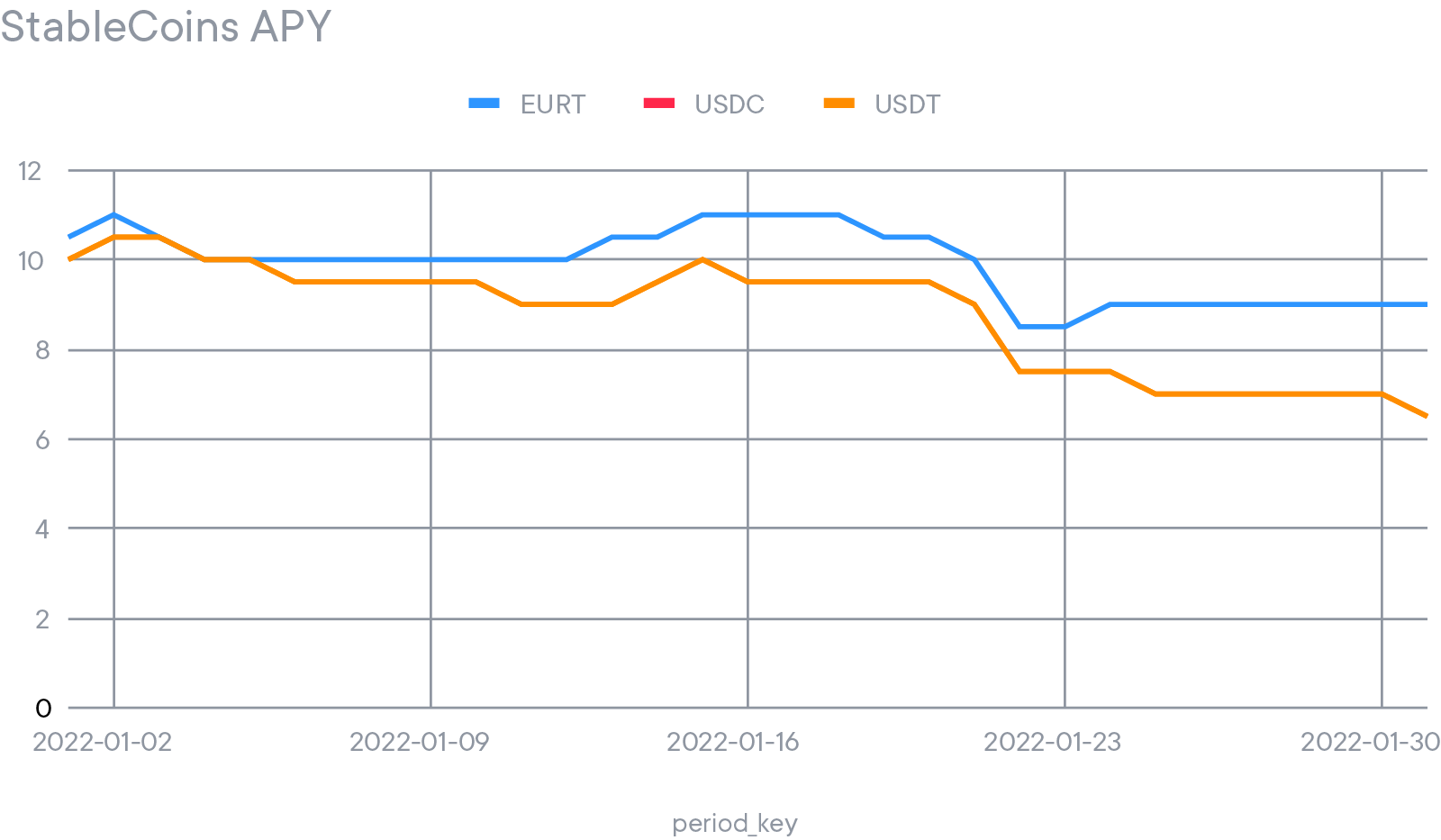 The allocation is very similar to the one in December, with Convex and Curve representing almost all the allocation of stablecoins. BTC saw a slight change of allocation with a new strategy coming on Aave. 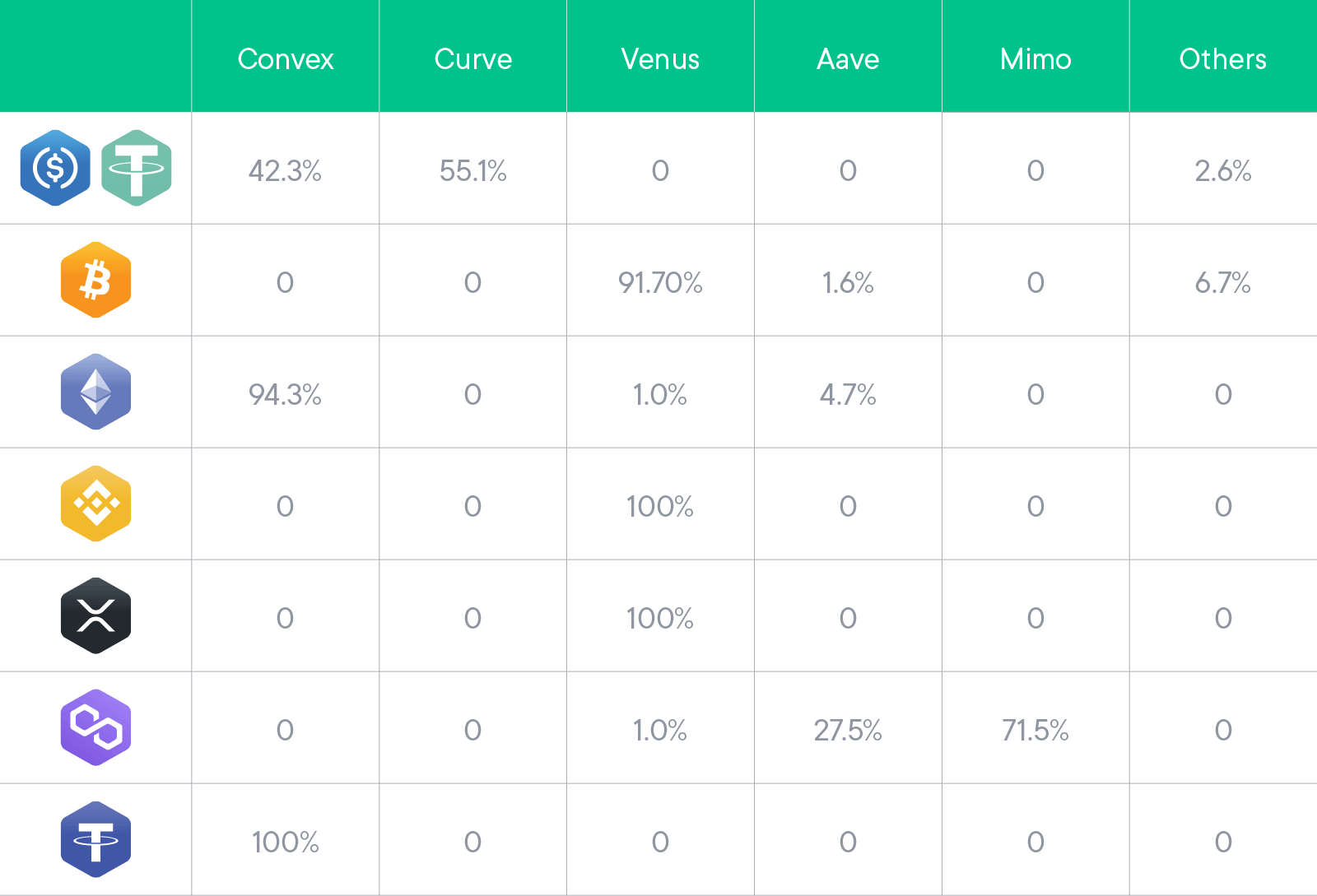