Magic Carpet Ride from the Persian Empire to Beyond Bitcoin: Cyrus Fazel at Tedx BonnSquare 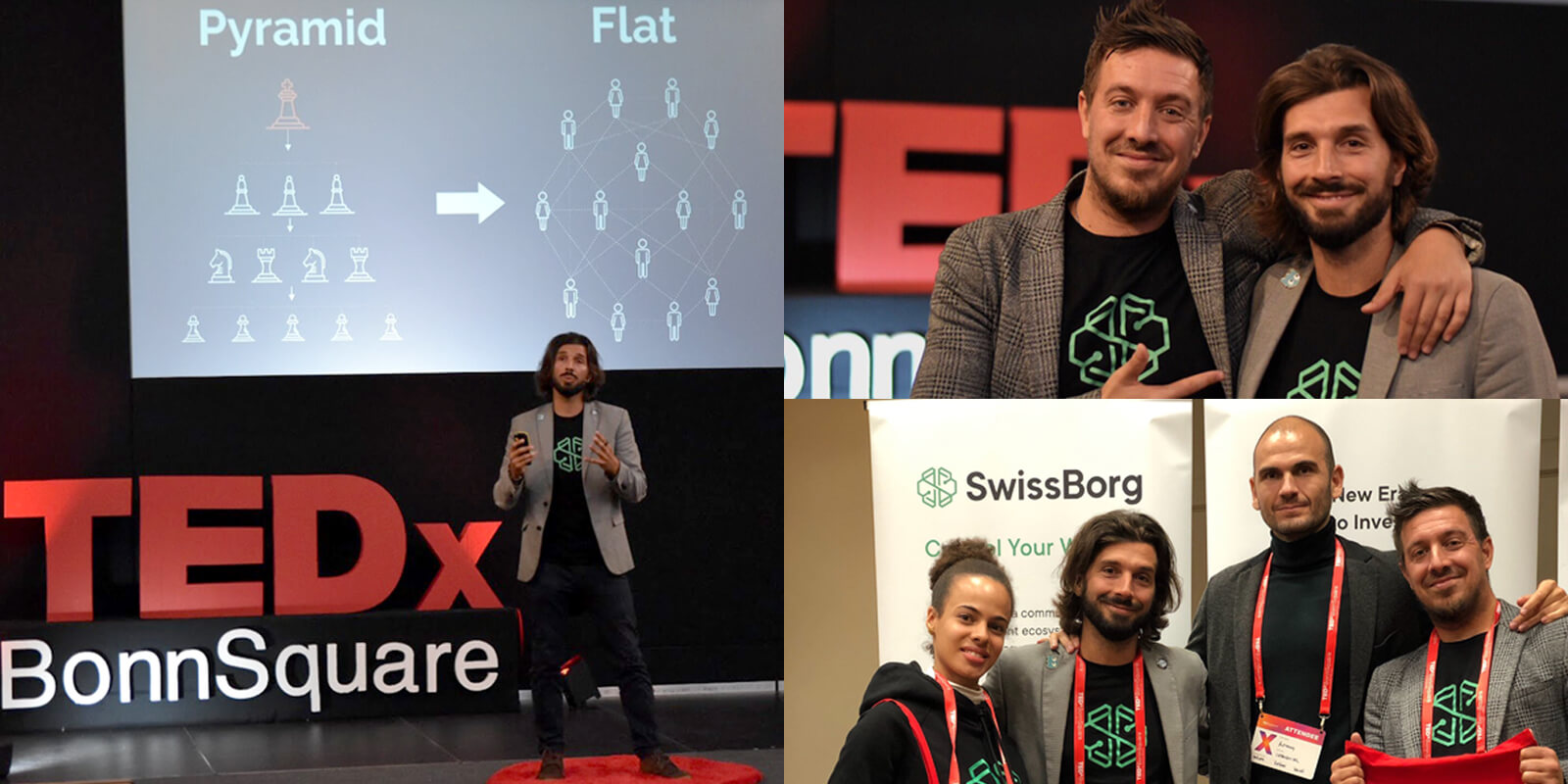 Our founder and CEO, Cyrus Fazel, is a visionary thought leader in the crypto sphere. At the Tedx BonneSquare held at Oxford University, on October 3, 2019, he dazzled the crowd with his out-of-the-box thinking and presentation.

Inside the 350-year-old Sheldonian Theatre, in Oxford, where Einstein first revealed the meaning of E=MC2, a diverse group of speakers from fintech start-ups shared their hopes and goals for the future that are made possible by the new technologies.

"Ladies and Gentlemen, may I invite you on my magical carpet, for an amazing ride, back in time.” Cyrus’ talk caught and kept everyone's attention around one theme: purpose.

With an introduction about Cyrus the Great, the Persian emperor, Cyrus tied the history of the evolution of governance to the rise of bitcoin and his own life-journey. Growing up in NYC, the capital of capitalism, gave him the desire to acquire "a piece of that capital" himself and dream of becoming a millionaire.

As a banker, he realised that life wasn't just about making money but more about finding purpose. While doing a parody of his adult and teenage self speaking, his audience quickly responded: BUSS A MOVE CYRUS, when he asked them if they believed he used to breakdance. The entire hall began clapping as he got down on the ground and whipped some breakdance moves. This was his purpose back in 2001; for him, breakdancing meant sharing ideas, finding a tribe and creating mixtapes when YouTube didn't even exist. These were the Napster days: the first peer to peer, digital exchange, software which inspired him greatly by showing him the power of eliminating the intermediary in exchanges between individuals.

Cyrus went on to describe his discovery and interest in Bitcoin. For him it was more than making a quick buck and amassing money, as he had initially dreamed, it was about the potential of limitless technology for the future of finance, "We all believe society has to be ruled by a pyramid, where you need one Cyrus the great, a big cape, a CEO, a chairman, you need that big guy to make decisions for everybody. I believe it's the complete opposite."

Blockchain, in his view, is about accessibility and democracy rather than hierarchical forms of governance and elitist access to finance. It's about real freedom and inclusion, "you just need the internet, a phone or a computer."

As Cyrus got off the stage, curious viewers jumped at the chance to take photos and ask more questions about Bitcoin and the emergence of decentralised organisations.

Two years after the SwissBorg white paper and the founding of his and co-founder, Anthony Lesoismier’s startup on the Ethereum blockchain, SwissBorg, Cyrus is still pushing for the new decentralised autonomous organization (DAO) business model to become mainstream and build a system based on meritocracy and financial freedom.

"I no longer want to be a millionaire," the young founder told the Oxford audience,  “I want to inspire 1 million people to find their purpose through Blockchain, to create a better world."

Davos: Be Part of The Solution Set

A November Full of Crypto Edutainment