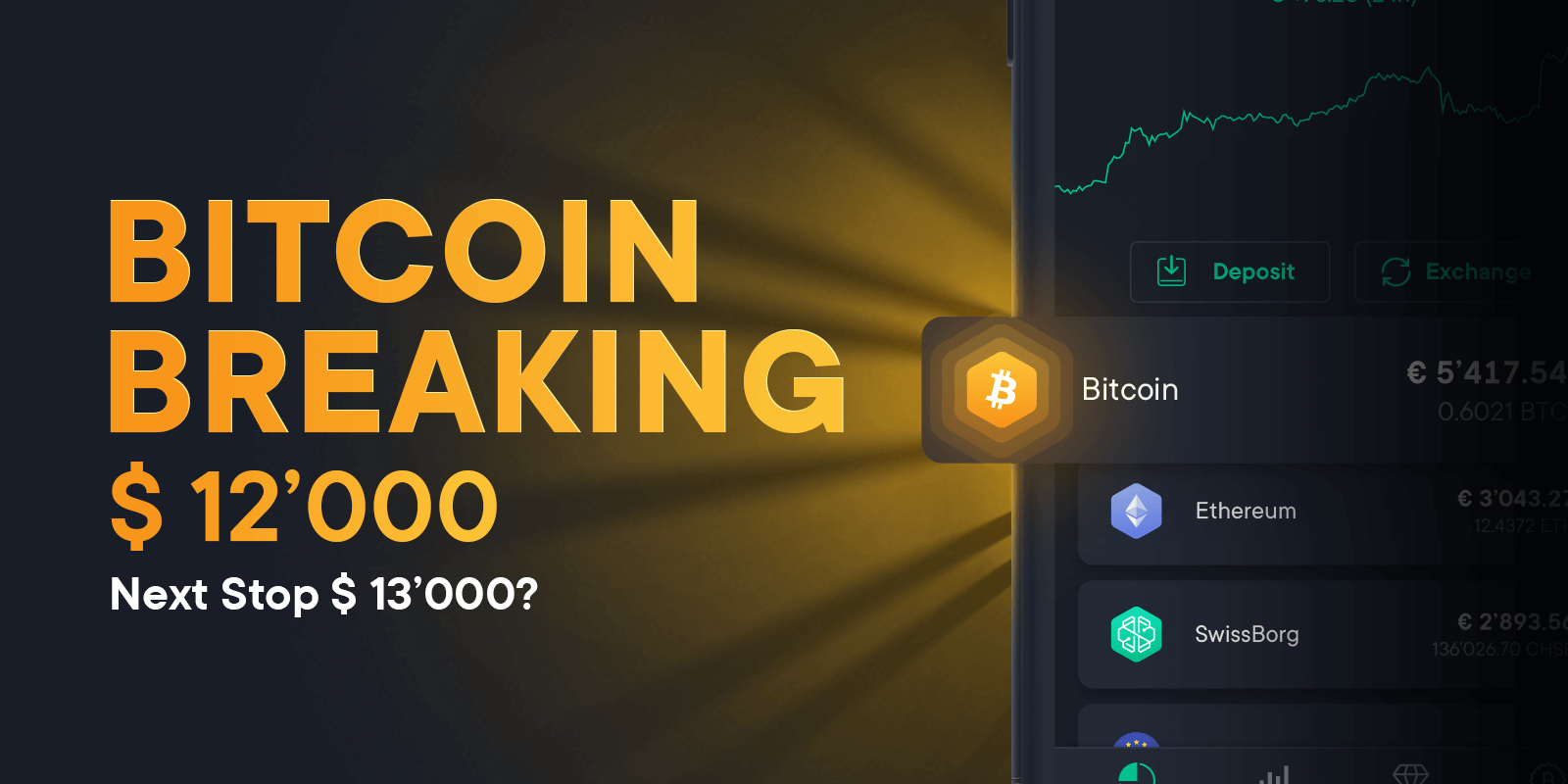 Since its March 2020 bottom, Bitcoin has been on an uptrend, more than doubling since then and up more than 50% in 2020 alone. However, it has encountered strong resistance at the $12,000 level and has tried and failed to sustain the move above this level five times during the last three months. The current rally, which has reached above $13,000 looks lasting, which might then flip the previous resistance into a new support line and will enable the continuation of the current bull market in Bitcoin.

The above chart shows the 2020 performance of Bitcoin, measured in US Dollars and includes daily candlesticks, with orange bars representing support/resistance levels and volume and RSI (Relative Strength Index) indicators at the bottom.

As shown in the chart, Bitcoin has had a strong performance during October. This rally was kickstarted when financial startup, Square,  announced on October 8th that they had purchased $50 million in Bitcoin, which represented almost 1% of the company’s total assets. The backing of one of the most important financial technology companies in the world and whose CEO - Jack Dorsey - is one of the most reputed figures in Silicon Valley (and also the CEO of Twitter) gave further credence that holding some Bitcoin is not only a good investment strategy but is also becoming mainstream.

The latest upward move took place on October 21st when another Fintech company, PayPal, announced that it would allow their customers to buy and sell Bitcoin and other cryptocurrencies within their network. This move will allow the company’s 346 million active accounts around the globe to access crypto as well as its over 20 million merchants to accept crypto payments. Given that there are an estimated 50 million cryptocurrency users worldwide, this move alone could be a game-changer for the adoption of cryptocurrencies globally.

Having cleared and remained above the psychological $10,000 level since late July, this move above $12,000, if sustained, could establish a new support line for Bitcoin. During August and early September, the $12,000 resistance was reached five times, but each attempt to break this resistance was followed by sharp sell-offs which stopped the uptrend. If the rally continues, the next test will be the June 2019 high of $13,800.

What could we expect for the future?

For this trend to continue, Bitcoin’s price needs to remain above $12,000 for an extended period of time for this level to flip from resistance to support. Then the June 2019 high of $13,800 would be the next technical resistance.

However the RSI (Relative Strength Index) and MFI (Money Flow Index) are overextended after having reached the low 80s, which might lead to a pullback. Falling below $12,000 could lead to Bitcoin retesting $11,500.

Signs are positive, though, with more institutional acceptance on its way. In addition to Square and PayPal getting into cryptocurrencies, large traditional asset manager Fidelity Investments is launching a Bitcoin fund and other institutional investors - measured by the open interest in Bitcoin futures listed on the CME which jumped to a seven-week high earlier this week - are investing in Bitcoin. In the next months we might witness more cases of off-chain institutions investing, accepting or considering cryptocurrencies which might trigger further price gains.

If the trend does continue, this could also spell optimism for the wider crypto market. In the past two weeks, gains in Bitcoin have seemed to come at the expense of Altcoins, especially the DeFi ones. However, on the day of the PayPal announcement, Bitcoin, Ethereum, as well as other DeFi tokens such as Kyber or Ren gained in excess of 5%. Could a rising Bitcoin tide lift all boats?

What risks will Bitcoin have to overcome?

First, we are likely to experience some pullback from the current price due to the overbought conditions in the RSI and MFI.

Additionally, on November 3rd, the US presidential election will take place and investors might switch to choose more conservative asset allocations as uncertainty about a potential contested outcome (no clear winner) or divided outcome (Democratic President but Republican Senate and thus fewer chances of large fiscal stimulus) might spook investors from risky assets in the days prior to or after the election.

However, overall, there has been a strong upwards move in the price of Bitcoin. If the $12,000 resistance level becomes support, this might enable the continuation of a long-term bull run in the price of Bitcoin which started after Bitcoin bottomed during the March sell-off at under $5,000. Bitcoin’s ascent might also support the valuation of other altcoins, which would lead to continued growth across the space. As such, it is critical that a strong sell-off is avoided unlike the previous five times during the summer. The next few days and weeks will be extremely interesting to follow!

Want to learn more? Check out our article on technical analysis in crypto.

Ready to try your own Bitcoin analysis? Then download the Wealth App to try our free hourly asset analysis, which includes:

Download the Wealth App today to analyse what Bitcoin will do next!

‍Disclaimer: The information on this analysis is not targeted at the general public of any particular country. It is not intended to be distributed or used by residents of any country where such distribution or use would contravene any local law or regulatory requirement.

Any analysis, opinion, commentary or research-based material is for information and educational purposes only and is not, in any circumstances, intended to be an offer, recommendation or solicitation to buy or sell. You should always seek independent advice as to your suitability to speculate in any related markets and your ability to assume the associated risks if you are at all unsure. No representation or warranty is made, express or implied, that the materials are complete or accurate. We are not under any obligation to update any such material.

As such, we (and/or our associated companies) will not be responsible or liable for any loss or damage incurred by you or any third party arising out of, or in connection with, any use of the information on our Analysis (other than with regards to any duty or liability that we are unable to limit or exclude by law or under the applicable regulatory system) and any such liability is hereby expressly disclaimed.