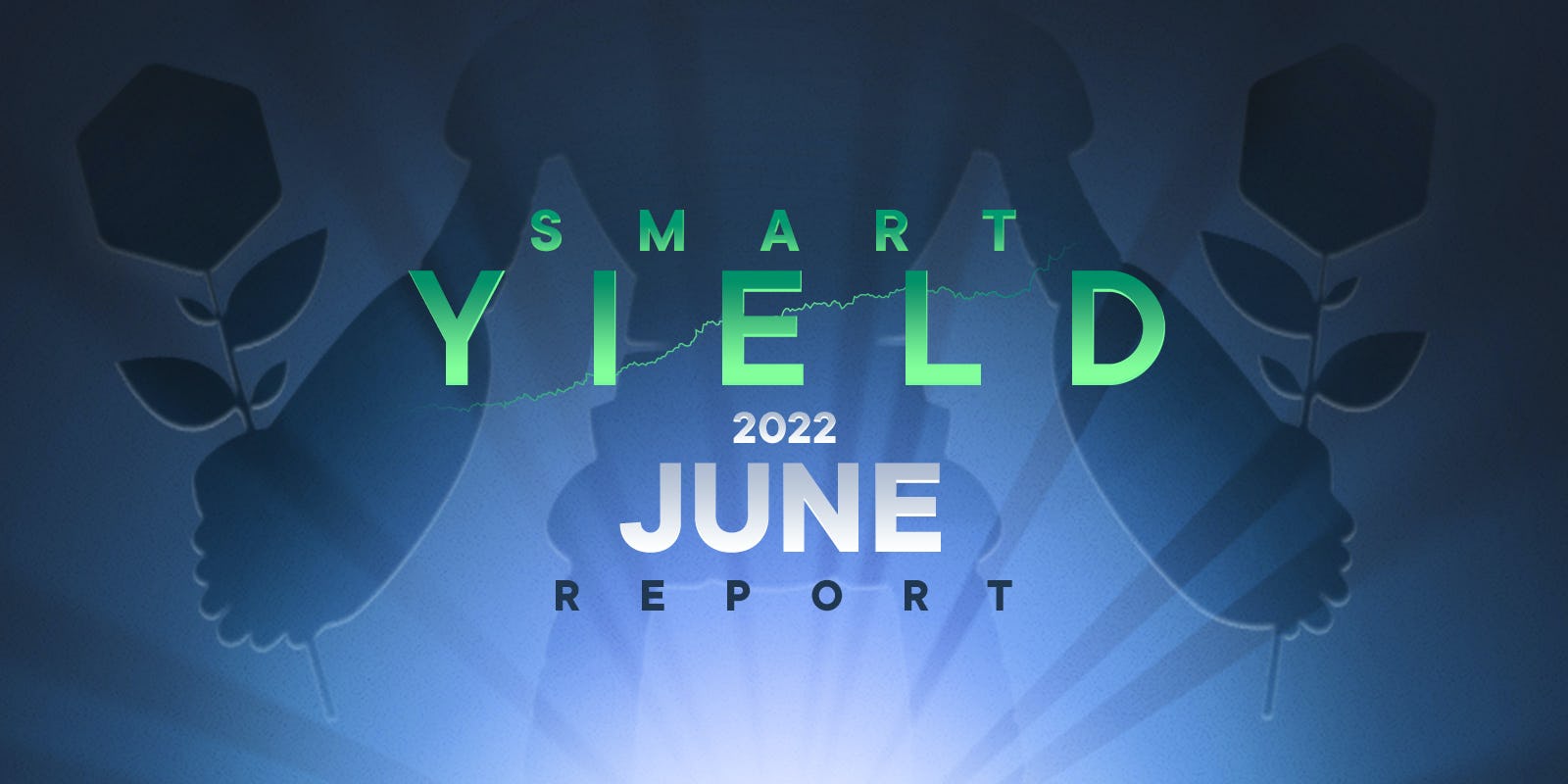 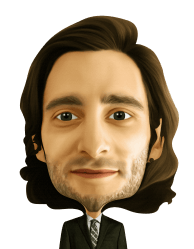 During the month of June the deep contagion linking big cryptocurrencies companies and  their exaggerated leverage positions were finally brought to light.

Celsius made the headline early June, it was the biggest player in “CeDeFi” space with over ~11B AuM. It completely blocked withdrawal from it’s platform as a rumor spreaded regarding their insolvency.

Three Arrow Capital (3AC) was one building block that offered high yield to many compagnies but also lost heavily during the Terra-Luna crash. It was late June that the Singapore Central Bank stated that the fund willfully submitted false information on its balance sheets, and exceeded its allowed assets under management for several months.  Collateral damages were taken on Voyage and BlockFi mostly, which had loans with 3AC (670M$ and 1B$ loan).

SBF’s Alameda Ventures stepped in with a loan to save Voyager and reinstaure liquidity.

It clearly shows that the liquidations and bad debt following the Terra Luna debacle are not over and we may see other platforms being affected in the near future.

The smart yield wallets have remained quite stable. Native blockchain tokens have seen some traction as they remain the most stable source of yield, most used coins on their respective blockchains and less risky assets. The only coin that did not follow that trend was ETH, most likely due to the fear that spread regarding the liquidity issues of ETH yield wallet. We recall that the issues that affected other actors in the space are due to their lack of cautiousness, extreme greed and leverage positions. The Smart yield optimiser has always had a strong risk management and has no link to such actors. 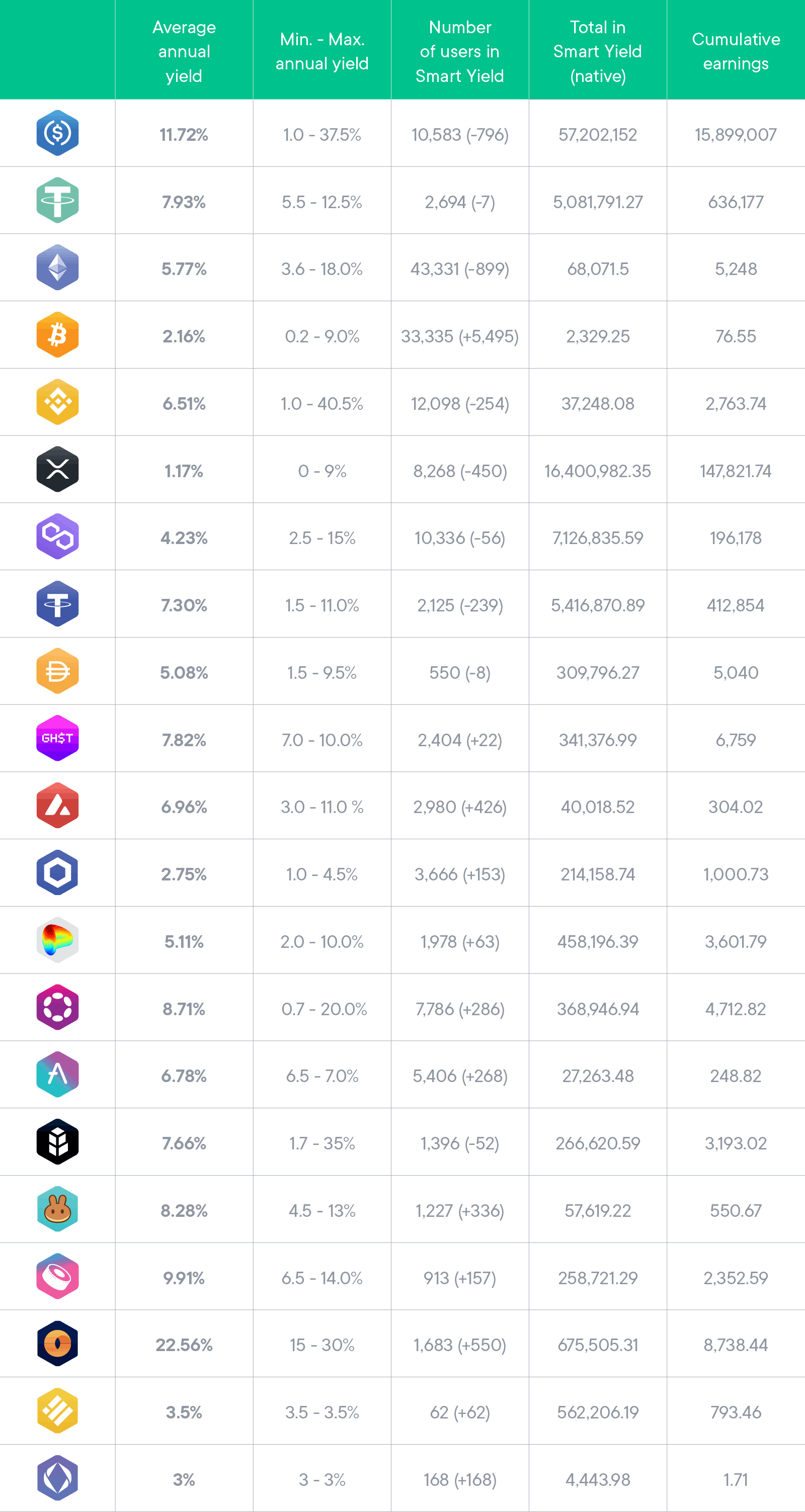 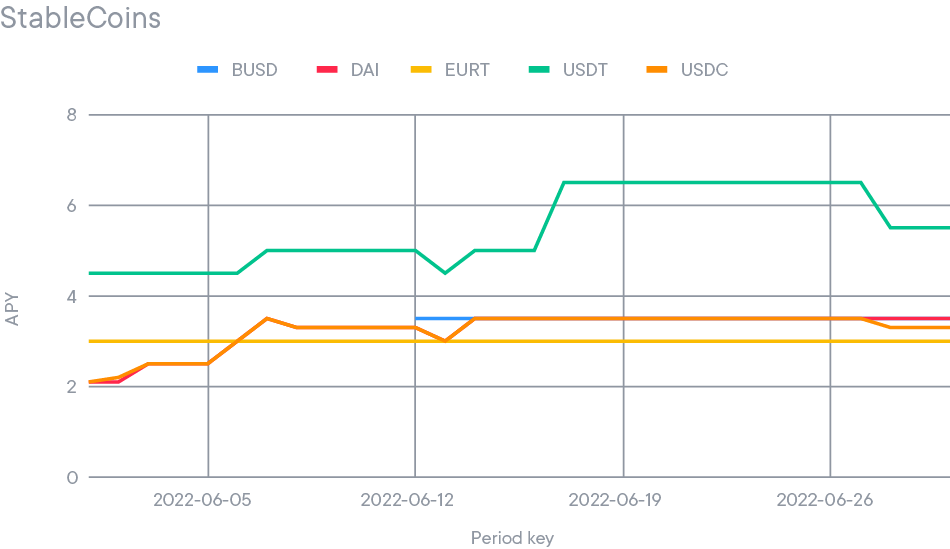 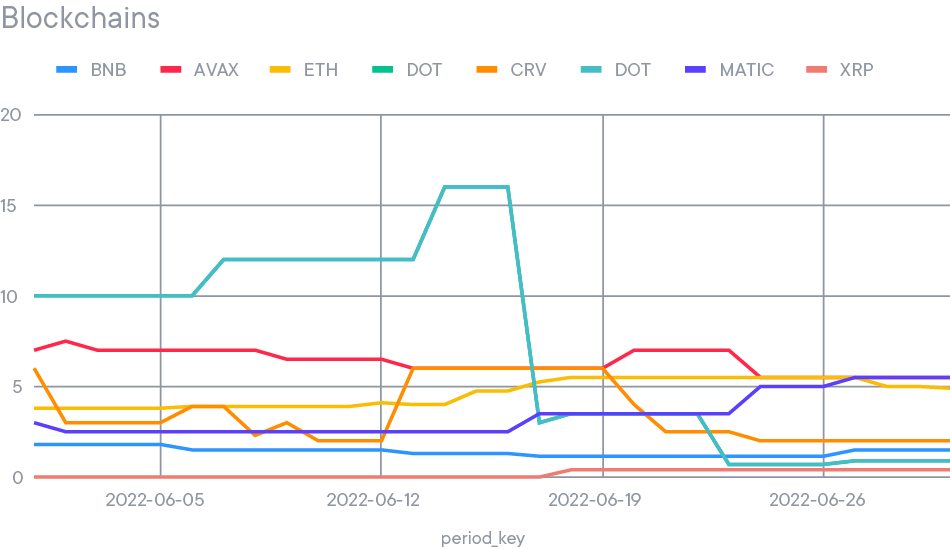 We recall that the following selection of protocols always focuses on the less risky strategies out there and therefore may have more conservative APYs. Furthermore, the optimiser only keeps exposure to the underlying asset of the strategy and never spreads it across different assets (for example by swapping USDc to DAI). The Cake programm has been fully transitioned to Alpaca, offering a better return while staying in a blue chip project. Euler Finance has also appeared on the list of projects reviewed and considered safe enough. The Smart Yield optimiser has transitioned part of ETH yield to this new protocol as well as the new ENS yield wallet. 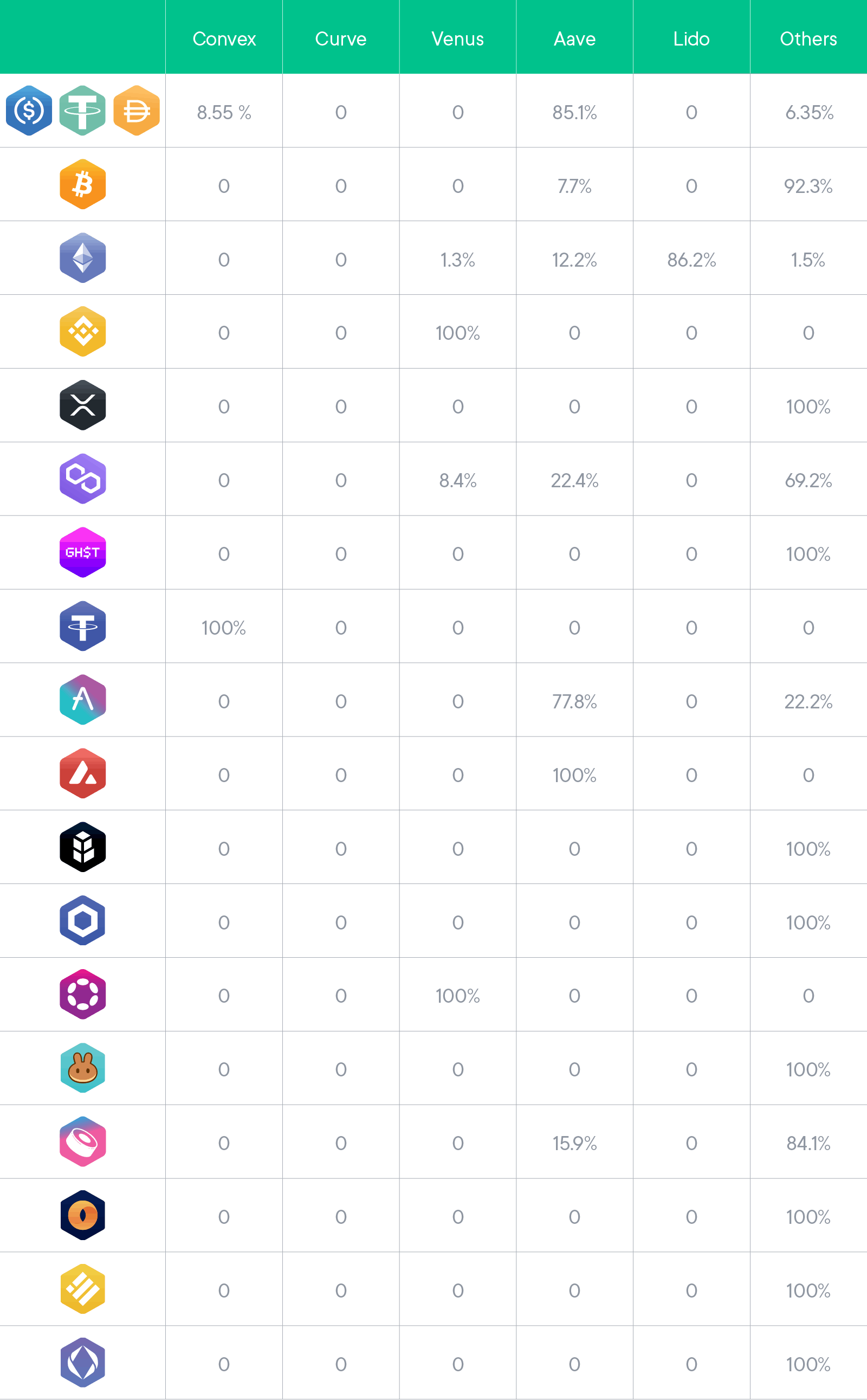