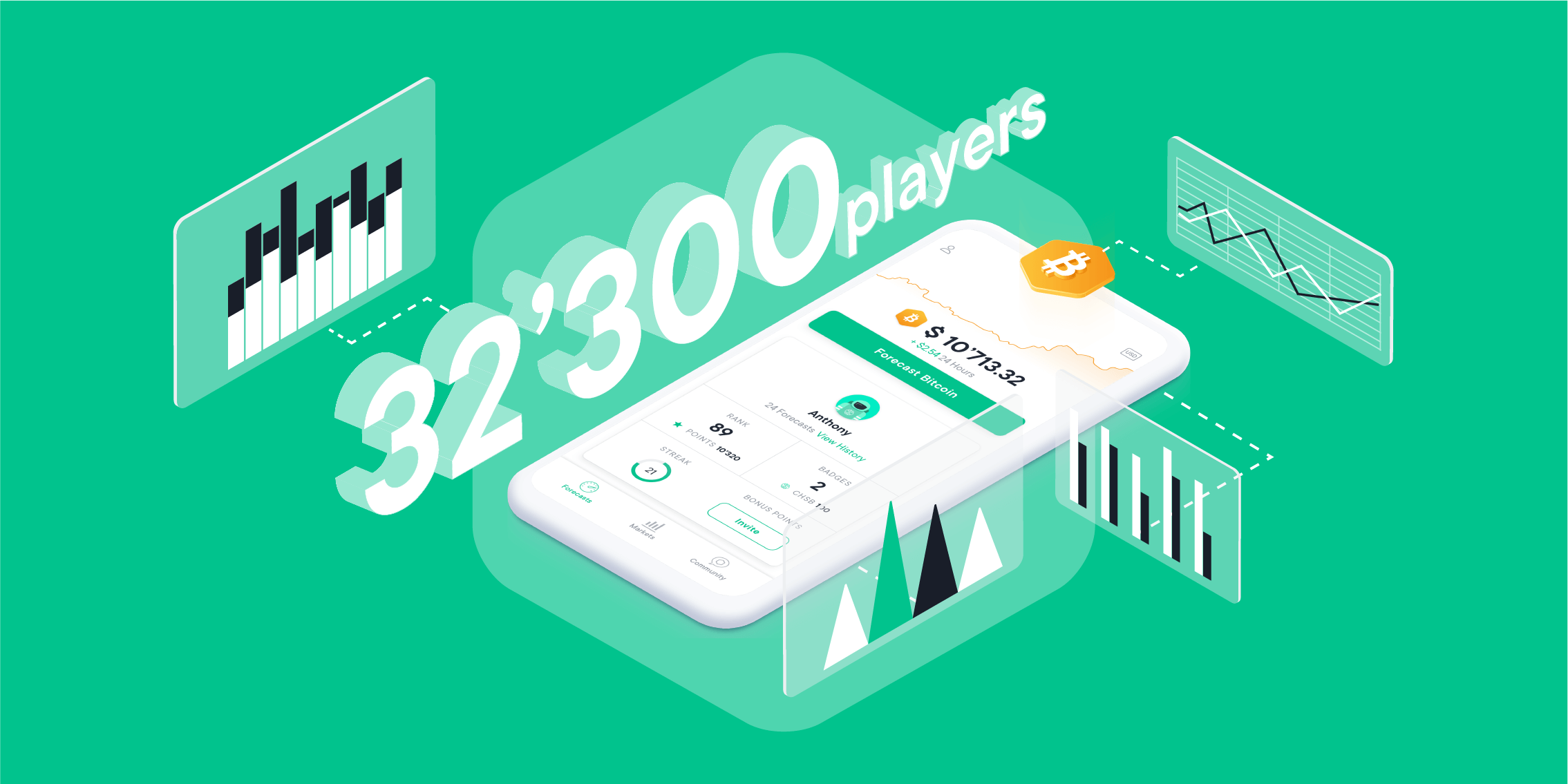 That's it! We are more than 32'000 players in the Community App! Last month was a record month for the growth of our forecasting community. Competition is still intense and some countries are starting to stand out. With the current volatility of the bitcoin price, the ranking of a lot of players has evolved rapidly: significant increases and falls were recorded.

In addition to statistics on the competition and the progress of the different countries, the tip of the month presents our brand new interactive graph that will allow you to improve your analysis and your success rate. In addition, and for the first time, we are informing you of the number of friends to invite to climb the different levels of the ranking. You will see that the top 1000 and top 100 are not far away if you persevere in your forecasts and invite your friends!

The average performance in the country race with the best risk management remains at the status quo. However, Ireland has been extremely effective this month and is dangerously close to the top places that are likely to be fiercely contested until the end.

In terms of accuracy, despite an extremely volatile market and below-average community accuracy this month, Ireland has made spectacular progress at the expense of Japan, which has experienced difficulties with its predictions.

Keep predicting the price of Bitcoin to see your home country in this ranking and contending to be one of the best forecasters!

How many points do you need to climb up the rankings?

To encourage you in your quest, for the first time, we are indicating the number of points needed to pass the different levels in terms of the number of friends invited.

So, with just over 6000 pts, you are guaranteed to be in the top 25% of players when you start the game.

By inviting your friends and correctly predicting the price of Bitcoin, you are catapulted into the top 1000 of the community app and the last level is far from inaccessible!

Tip of the month: New Graph!

Since our last update, you can now benefit from a brand new graph in the Market tab! Thanks to its interactive feature you can easily study the evolution of Bitcoin with the scale displayed. Pro tip - press on the graph to see more as shown below. By touching the graph, you will be able to visualise the potential support and resistance (key levels where the price is maintained or encounters difficulties to progress on the upwards).

We remind you that our goal is to ensure that every player has a chance to move up in the rankings. If you are a regular player, if you drill properly and invite your friends, you have every chance of being rewarded with badges and the final ranking!

If this is not the case, we will adjust the points to return to this probability.

2X rewards this Christmas when you give the gift of SwissBorg!