What is Liquid Staking? Accessing Lido With SwissBorg 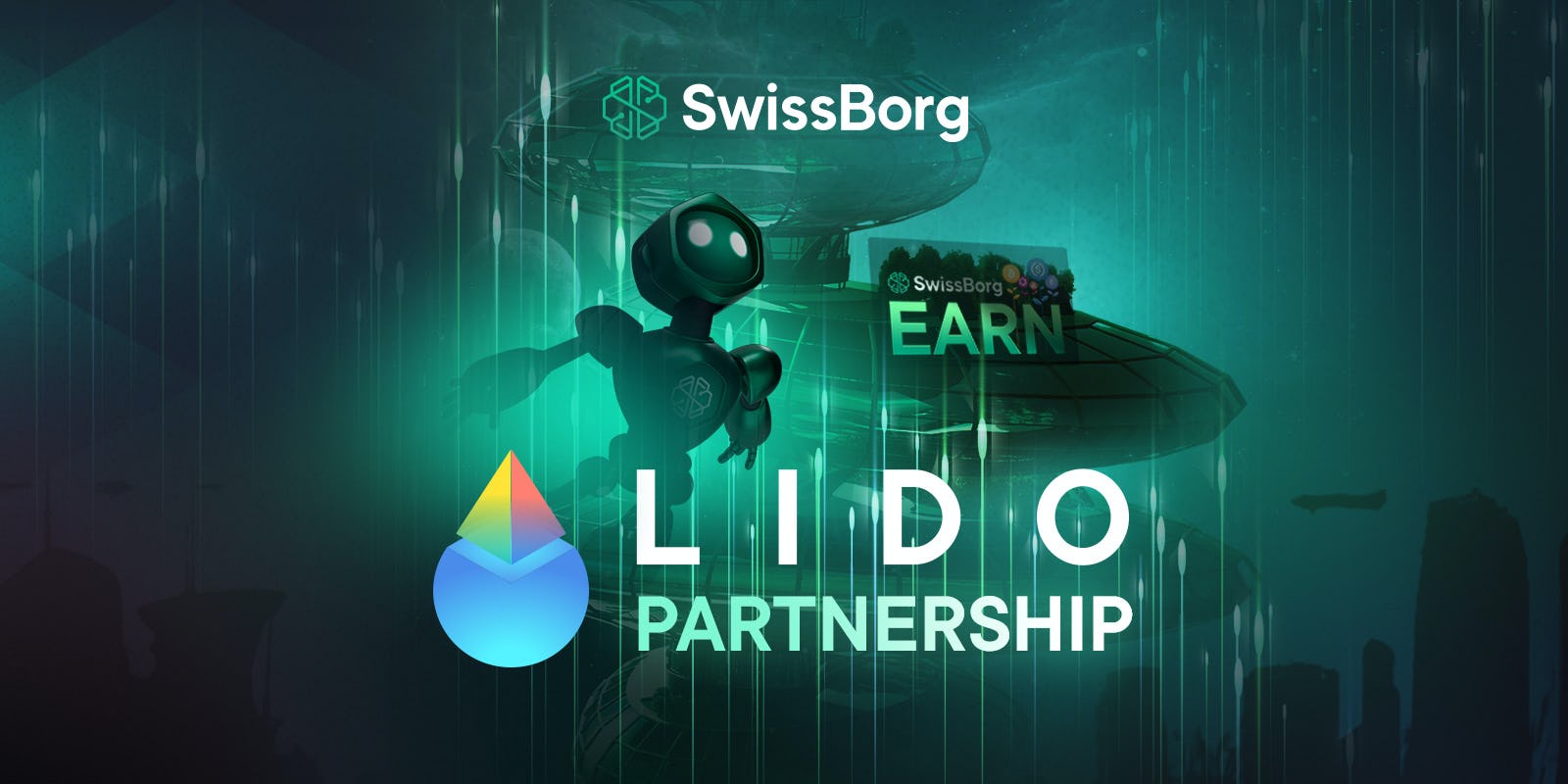 With the advent of the Ethereum blockchain’s transition from Proof-of-Work to Proof-of-Stake, staking has become increasingly popular as a simple way to earn passive returns on digital assets.

Proof-of-Stake (PoS) blockchains require network validators to lock-up capital in exchange for the rights to participate in consensus. The capital deposited on-chain serves to keep the network secure by ensuring the cost of a node that is not performing as intended would be significant enough to incentivize the validators to remain honest and maintain healthy operations. As a result of participating in the consensus, validators receive PoS rewards, which vary based on network activity. This process of depositing capital to earn PoS rewards is called staking.

While the financial opportunity of staking is attractive, the technical complexity of running a node operation and the opportunity cost associated with locking-up capital exclude many individuals from participating. This has downsides for network adoption, but also for network decentralization and security.

In order to make staking simple and enhance the return profile of staked assets, Liquid Staking was introduced as the preferred way to stake PoS assets quickly.

Lido’s Liquid Staking allows users to receive PoS staking rewards through a one-click staking process that abstracts the complexity of operating a node, while providing the benefit of maintaining liquidity to enable users to simultaneously participate in DeFi for additional earnings.

When a user stakes PoS assets with Lido, Lido issues Liquid Staking tokens (such as stETH for example) on a 1:1 basis, which serve to redeem the user’s stake, but can also be used across DeFi protocols to engage in composable finance strategies. The secondary market created as a result of Lido’s liquid staking assets made it possible for users to access immediate liquidity, independent of the network’s withdrawal limitations. Liquid Staking tokens can also be exchanged on crypto exchanges (centralized or decentralized), as for every token, its price is affected by its liquidity and the overall market conditions. This mechanism however entails the risk that, in times of high volatility or due to market conditions and investors' behaviours, the value of the Liquid Staking tokens (ex: stETH) gets decorrelated from the value of the staked token (ex: ETH).

As illustrated in the figure above, Lido’s liquid staking eliminates the downsides and barriers to entry of staking. It provides additional benefits such as access to liquidity and additional DeFi returns.

Lido offers liquid staking on an expanding network of blockchains that include Ethereum, Solana, Polkadot, Kusama, and Polygon.

The Liquid Staking Asset with the highest liquidity

This presents the following advantages for users:

Lido’s liquid staking assets make it possible for stakers to benefit simultaneously from the staking rewards from Proof-of-Stake and from the yield offered by other protocols.

Common strategies include using liquid staking assets as collateral to borrow or to lend in exchange for yield, depositing funds in a liquidity pool to earn a share of the pool’s fees or trading on AMMs or centralised exchanges.

In this way, staking with Lido serves as a foundation of composable finance, enabling capital to be put to work or leveraged in parallel across DeFi.

Even if leveraged strategies can allow users to get a higher yield, this also increases the complexity and the risks. At SwissBorg, we never leverage the funds of our users.

The Case for DeFi Liquid Staking

Lido disintermediates liquid staking for its users via smart contracts that operate through self-executing code that is fully verifiable on the blockchain. In this way, staking with Lido minimizes the exposure of the app user to counterparty risk, and ensures the stake deposited remains in full control of the user.

Digital assets staked with Lido are distributed across Lido Node Operators that are vetted and voted in by the Lido DAO according to stringent requirements that optimize for security and decentralization. The stake distribution process ensures an additional degree of capital security by minimizing single-point–of-failure risks in the case one or more node operators are compromised.

In addition, Lido allocates a large sum to bounties and undergoes regular audits of the smart contracts by industry-recognized firms such as Sigma Prime, Quantstamp and Mixbytes to minimise any possible smart contract risk.

Lido has had 0 incidents to date.

Getting Started with Lido Liquid Staking

Lido’s Liquid Staking can be accessed directly by connecting a user wallet via its dapp interface at www.lido.fi.

This article aims to announce and clarify the parameters of a collaboration between SwissBorg and Lido. After conducting due diligence, SwissBorg can now offer access to yield generation to the SwissBorg app users holding Ethereum.

It is easy. Simply open your SwissBorg app and select “Earn” on the Ethereum asset page. Under the hood, you will see the yield strategy that uses Lido to liquid-stake your Eth.

The collaboration between SwissBorg and Lido also involves the co-creation of educational content, hosting of live AMAs and an Earn Tournament where subscribers of the Earn strategies will get the chance to win prizes. For more information follow us on Twitter.

Generate the right yield for YOU with SwissBorg Earn.

Introducing Thematics: One Tap to Web3