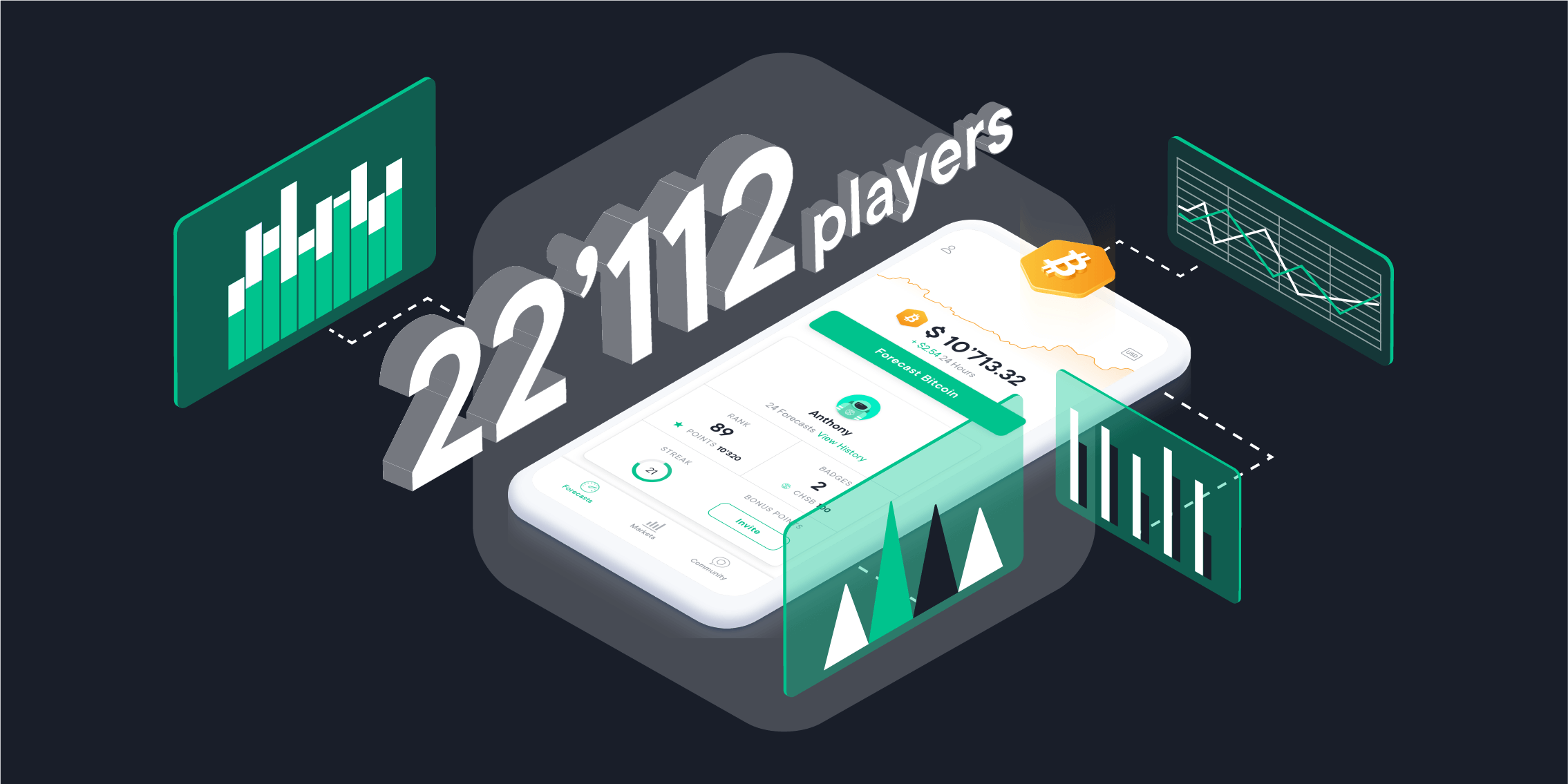 The competition is still as close as ever for there is more than 22’000 players in the Community App. Despite a clear bullish momentum at the end of June, the high volatility of bitcoin made the task for forecasters more complex. The market was so unpredictable in July that the chances of being in the top 100 in the coming months are similar to last month! We remind you that your rank is also your position in the queue to gain early access to the SwissBorg Wealth app, available later this year.

In addition to an educational article, in our Learn & News tab we are happy each week to share with you an exciting Crypto & Blockchain Youtube series called "Cryptonites". The best moments related to the Community App are shared below!

As it has now become a monthly custom of ours, this report shares with you key statistics and insights on players' performances and updates on your chances of receiving rewards. (We are paying particular attention to the competition’s fairness to ensure that new players are rewarded if they are good forecasters).

In addition, we give you a very useful tip to easily earn +2000 points every week!

The Community App is global! Growth is homogenous this month in all regions of the world. Western Europe is still slightly ahead but our Ukrainian and Russian friends have shown particular interest in the Community App this month.  In the west, there is still an ever-increasing interest in Canada. The Philippines are the leaders in terms of installation this month. Interestingly, they became the leaders in terms of accuracy as well!

Two countries stand out in terms of forecast accuracy, the Philippines and Turkey followed by the Netherlands the leader in western Europe and Canada. All countries are between 50 and 53% accurate with the only exceptions Israel and Malta being just under 49%.

The community has been better this month with an accuracy of 52% over the last 30 days. You took advantage of the spectacular rise of bitcoin which, in a parabolic way, went from $8’000 to $14’000 in less than two weeks. Most of you have taken advantage of this clear trend to improve your statistics with an accuracy of nearly 60% when you predicted a bullish momentum.

However, as shown in the table below, many of you have suffered from the strong corrections noted and the high volatility of bitcoin. Indeed, the accuracy for the last week is only 46%. The worst accuracy saw since the beginning of the game.

These strong fluctuations have not impacted our star players who always present remarkable statistics. We are proud to announce that of them they have gained more than 300'000 pts with their forecast. That's almost 3000 pts a day. Congratulations to you! It should be noted that one of them started the game two weeks late, the battle for first place will be exciting until the last week.

We present in the following the usual gains and loses coming from the forecasts only and highlight the best players having started from a particular month. They underline the potential of reaching the top even when joining the game at a late time. We also, highlighted our CyBorg predictor which has been beaten by only 0.7% of the players having more than 20 forecasts. Over the last two months,  the CyBorg gained only a few points but it remained sufficient to beat most of the players. Waiting for a great opportunity stays a viable strategy compared to betting every day. We also noticed some areas where both the CyBorg and the best players show losses, which indicate unexpected market behaviour.

This slowdown allows the competition to be tightened and players arriving late in the game to progress quickly. Some players are already in the top 200 even though they started the game less than a month ago.

Tip: Consult the market tab and read the “Daily Bitcoin Analysis” in the Learn tab for more information about the current market and adapt the risk you want to take to the current trend.

Tip: Read our article dedicated to the Technical Analysis to improve your forecast accuracy and your risk management.

We have seen that the community suffers when it comes to predicting downward moves. However, some users are particularly talented at predicting bearish movements. The player below is a perfect example. His strategy is crystal clear:

This example is a textbook case study of how to make intelligent forecasts by playing with the trend and the levels of support and resistance you can find in our daily bitcoin analysis.

Since the beginning of the game, you have been mostly bullish on average. However, when the price approached $9’000-$10’000, your sentiment was mixed. This is probably due to the fact that the price met with strong resistance during the first surge. Even though the price crossed the psychological barrier of 10,000 and exploded to test the $14,000, you were relatively cautious and waiting for a possible correction. Indeed, the Community Trend oscillated in response to the sudden movement. This was particularly the case when the price failed to rise above $13,000 after the first correction. A healthy precaution.

Conclusion: you, as a whole community were again proactive when some key levels were tested. On average, you are still very bullish after seeing bitcoin hold the support at $10’000. See you next month to confirm your sentiment and good luck in your future forecasts!

Tip: Read the “Daily Bitcoin Analysis” in the Learn tab for more information related to the current market conditions and impacting news!

In addition to earning points by forecasting and inviting your friends to join the game, you can easily earn additional free points!

It's very simple, just log in every day even if you don't take the risk of making a forecast.  Each time you log in, you can discover our new articles and market analyses while earning 200 points for free. In addition, every 7 consecutive log-ins, you will receive a bonus of 800 points for your loyalty that will allow you to climb up the ranking and take more risk for your next forecast.

Interview of the month

This month, we had the pleasure to receive two testimonials coming from industry leaders and new friends of ours: 1) Pavel, CEO of Wirex and 2) Thomas, CPO of Polymath. Both leaders expressed their interest in the community app and are strong believers in educating people/ increasing financial literacy. Please have a look at what these gentlemen have to say here below:

We are very attentive to the points system put in place. Indeed, we want this game to be fair and that newcomers always have a chance to win! That is why we have built a benchmark to identify if the point system needs to be adjusted.

If this is not the case, we will adjust the points to return to this probability.

As shown in the figure above, today, you have more than:

Chances have not changed much since last month. This is mainly due to the high volatility observed in the bitcoin price. The competition is still as close as ever!

So, if you download the application now or if your ranking is bad, you still have a good chance of being among the best players! This has been demonstrated above by our best player as well as several players arriving after the start of the game.

Earn a yield on CHSB, the heart of the SwissBorg ecosystem!

2X rewards this Christmas when you give the gift of SwissBorg!