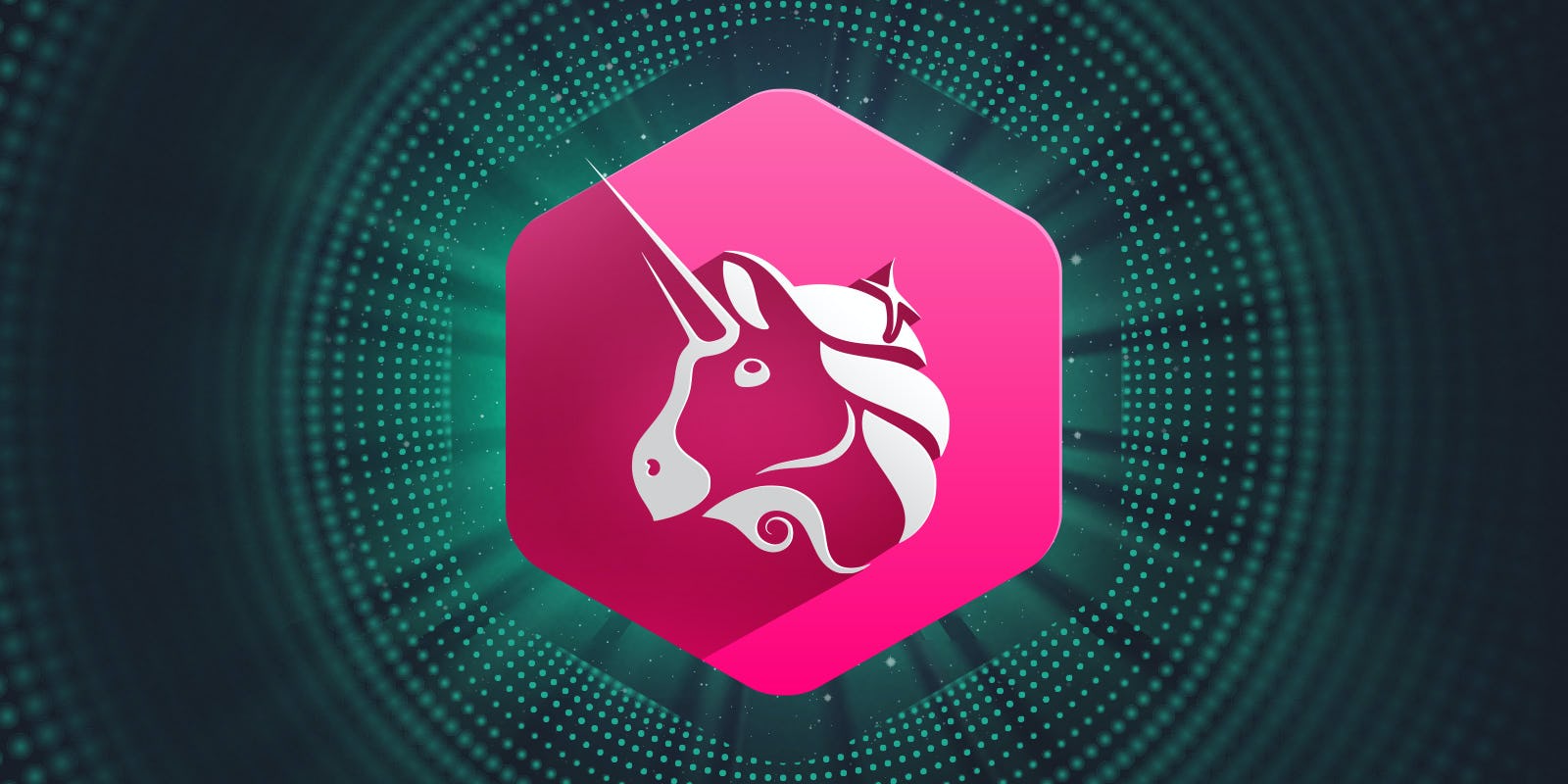 Uniswap is the most popular decentralised exchange currently in existence. Anyone can list a token or provide liquidity to the platform without registering or going through a ‘Know Your Client’ process, as is the case with centralised exchanges.

Uniswap is designed to function as a public trading platform without fees or middlemen. Unlike most exchanges that match buyers and sellers to determine prices and execute traders, Uniswap uses a math equation and liquidity pools in an open free marketplace of tokens.

Uniswap was created by Hayden Adams, who was inspired to create the protocol by a post made by Ethereum founder Vitalik Buterin.

Uniswap’s main distinction from other decentralised exchanges is the so-called ‘Constant Product Market Maker Model’. This pricing mechanism means that any ERC20 token can be traded on the exchange provided it is funded with an equal value of ETH.

Rather than connecting buyers and sellers to determine the price of the token, Uniswap uses a constant equation, whereby X * Y = K..

In the equation, X and Y represent the number of ETH and ERC20 tokens available in a liquidity pool while K is a constant. As such, the balance between ETH and the token, as well as supply and demand principles are used to determine the price of our new Swiss token.

When someone buys the token, the price increases, which is to say that tokens on Uniswap can only change if trades take place. This is similar to a ‘market’ order on centralised exchanges. Consequently, Uniswap balances out the token value and swaps them based on whether people want to buy and sell them.

Uniswap V1 was the proof of concept, and in March 2020 the V2 upgrade launched. The new protocol introduced a feature that can be turned on or off via a community vote and basically sends 0.05% of every 0.30% trading fee to a Uniswap fund in order to finance development. At the time of writing, this fee option is turned off. However, if it is ever turned on it means liquidity pools will receive 0.25% of pool trading fees.

The UNI token was first created in an attempt to prevent users from defecting to a rival decentralised exchange called SushiSwap. A month before the launch of these tokens, SushiSwap incentivised users to move to their platform by rewarding users with tokens for reallocating their funds.

Uniswap responded by creating 1 billion UNI tokens and decided to distribute 150 million of them to anybody who had ever used the platform before September 1st. The token was not entirely useless, however. It was a new type of token that gave users governance rights over the new protocol as well as a proportionate amount of all transaction fees paid to the platform.

This includes how minted tokens are distributed in the economy as well as any changes to fee structures. Currently, only holders of over $35 million worth of UNI can propose changes to the protocol. Lowering the threshold would naturally make it easier to propose changes, but that’s something that could be voted on in the future.

A deep dive in the UNI token and how it can be used to govern the Uniswap protocol is available here on the Uniswap blog.

Uniswap is still an early-stage technology that has a functioning ecosystem with a clear use-case. Though it has yet to undergo heavier stress tests, the protocol works and provides a censorship resistant way of trading.

Unlike traditional systems which can halt trading at will per the Gamestop saga, Uniswap trading cannot be stopped. This tells you all you need to know about where decentralised technology is taking finance.

While tinkering and improvements are needed, a decentralised financial future is closer than one might think.

What is Aave (LEND)?