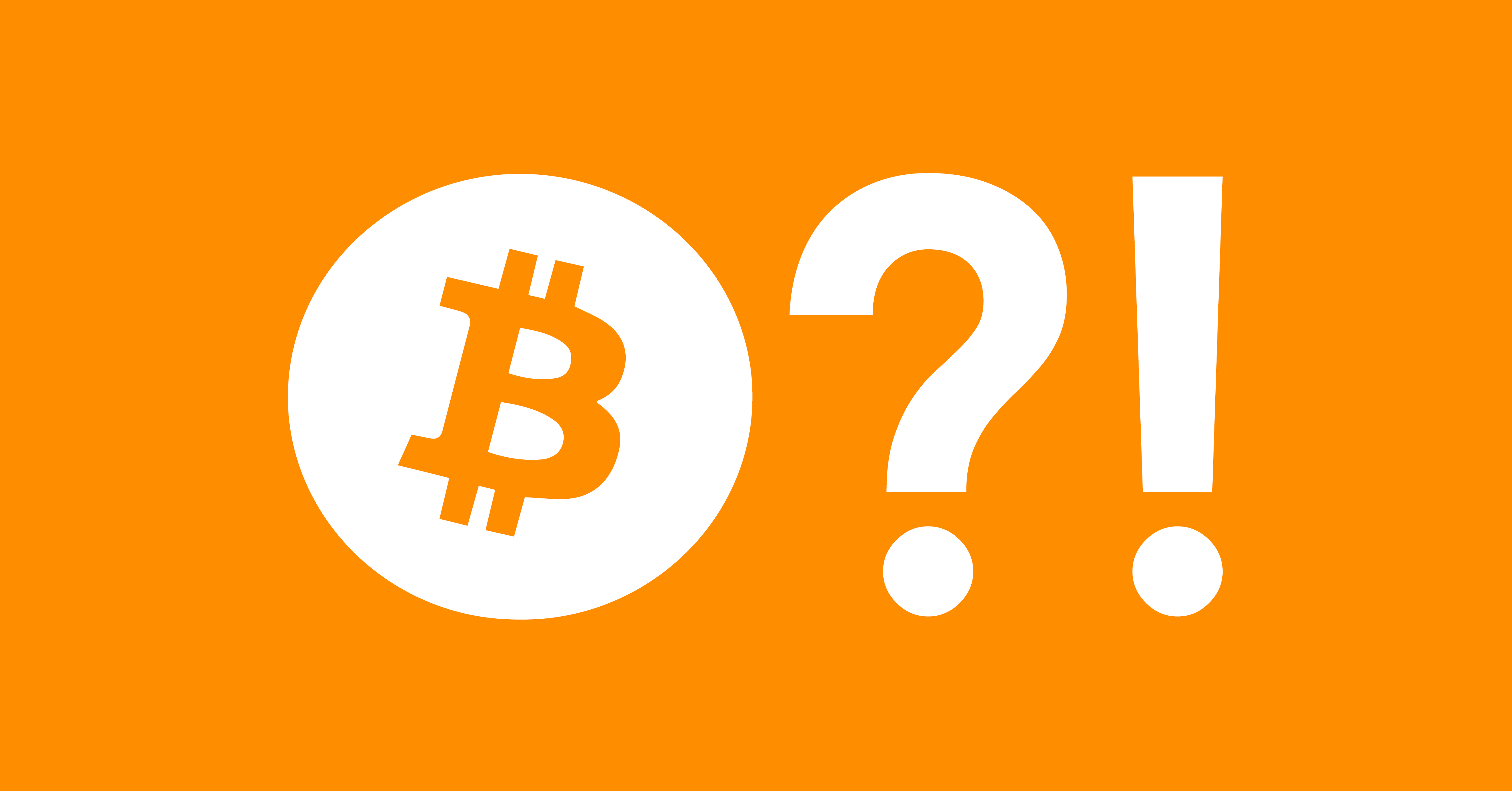 What is Bitcoin? How is Bitcoin used and where does it derive its value? More than a simple investment, Bitcoin is a decentralised currency for the digital age built on a distributed ledger called a blockchain. It is important to educate and inform yourself about Bitcoin, beyond the search for a return on investment.

“Bitcoin (₿) is a cryptocurrency, a form of electronic cash. It is a decentralised digital currency without a central bank or single administrator that can be sent from user to user on the peer-to-peer Bitcoin network without the need for intermediaries. Transactions are verified by network nodes through cryptography and recorded in a public distributed ledger called a blockchain.”

At first glance, this definition may seem a little obscure in the eye of the uninitiated.

To understand the nature of Bitcoin better, we can review today's most common method to exchange value.

The basics of electronic money transfers via banks

Let us look at a concrete example of how you transfer money to the person who is renting to you an apartment. If you trust the person and are close to him/her, you can exchange money with them directly. This solution is difficult to implement if you are not nearby and you often have to repeat this operation or if you do not have a particular relationship of trust with them.

That is why, today, transactions can be carried out through intermediaries who ensure that money is exchanged properly: banks.

When you pay an invoice, the transaction is simplified as follows:

However, an intermediary poses two problems: you must also have trust in the third party, the transaction can take time, the transaction history is centralised and this service will have variable fees that can be significant.

Is this centralisation mandatory to have secure, reliable, fast and cost-effective transactions?

The answer is no, a functional alternative exists and its name is Bitcoin

Instead of going through a centralised intermediary, the Bitcoin network allows a near-instantaneous transaction to be carried out directly from one person to another (peer-to-peer) as follows:

So far, we have explained the basics of Bitcoin. However, you don't have to understand it to trust it. You trust your life with cars and planes every day. The progress and the evolution of humanity are based on genius minds sharing what they discover with others. We don't understand most of what we are using in our daily life.

The good news is that Bitcoin is open source! So anyone could check it.

The value of bitcoin

Despite the explanation of how this works, why does Bitcoin have value? And why does this value fluctuate?

Bitcoin, the currency that can be exchanged on the Bitcoin network, can be bought or sold on trading platforms and its value is simply determined by supply and demand. If someone offers Bitcoin at $1000 and there is no other price offered above that, the purchase price will be set at $1000 as long as there is a buyer.

Bitcoin having a fixed number of tokens (21 million), a significant demand naturally increases its price. This is what distinguishes it from a classic currency that is controllable by central banks.

The price can be viewed live on our Community App with additional information that is important for understanding its evolution.

Beyond the simple supply and demand, it is possible to define by a non-exhaustive list what is contained in the price of Bitcoin.

The energy cost to validate transactions on the blockchain

As mentioned above, miners participate in the Network's operation by validating transactions. When they validate transactions, they receive bitcoins as a reward. However, this process has an energy cost, exactly as does the gold extracted from a mine. This cost in electrical energy varies according to the different countries and the difficulty of the problems that the network must solve.
‍

Intrinsic value of the Bitcoin network

This law, Metcalfe's Law, is illustrated below and discussed in our 2018 Crypto Market Review. Empirically, in terms of network value only, it is possible to recognise when the network is over or undervalued.

Bitcoin's utility and evolution, the speculation

Beyond the technological aspects and its use as a value exchange, Bitcoin, with its finite number of tokens, secure and decentralised, can be considered as a safe haven of the future. Without going into detail here, just as gold has been and still is, depending on economic circumstances and the evolution of the ecosystem, it is possible that Bitcoin will be considered more and more as such in the future.

The Last note on money and value

“Gold coins and dollar bills have value only in our common imagination. Their worth is not inherent in the chemical structure of the metal or paper, nor in their colour or shape. Money isn’t a material reality—it is a mental construct. It works by converting matter into mind” (Yuval Harari's 'Sapiens: A Brief History of Humankind)

In other words, money derives its value from the community that believes in it.

What are the future developments of Bitcoin?

In the medium term, we can discuss two main evolutions for Bitcoin:

The Lightning Network is an additional layer to the network that allows the bypassing of certain network limitations (such as confirmations to be expected during a transaction) while keeping the decentralised and secure aspect of Bitcoin. This improvement makes it possible to carry out millions or even billions of transactions almost instantaneously and to manage micro-payments at lower costs. With a rapidly growing network, this evolution will make it possible to solve the problem of scalability, which is the current limitation on the number of transactions the Bitcoin protocol can process currently. in the context of mass adoption, the scalability is often mentioned as the greatest current defect of the leading cryptocurrency

As discussed above, when miners participate in the network, they are rewarded. Every 4 years approximately, this reward is divided by two: it is the halving. In 2020, miners will share more than 6.25 BTC per block. In other words, inflation will be limited and new Bitcoin will become increasingly rare. There is speculation about the effect of this halving on the price. Based on historical data, halving may be a catalyst but this will depend on the market situation in the months preceding this event.

Invest in Bitcoin in a safe and secure way using the SwissBorg Wealth app.