What is Cosmos? And what is the ATOM token? 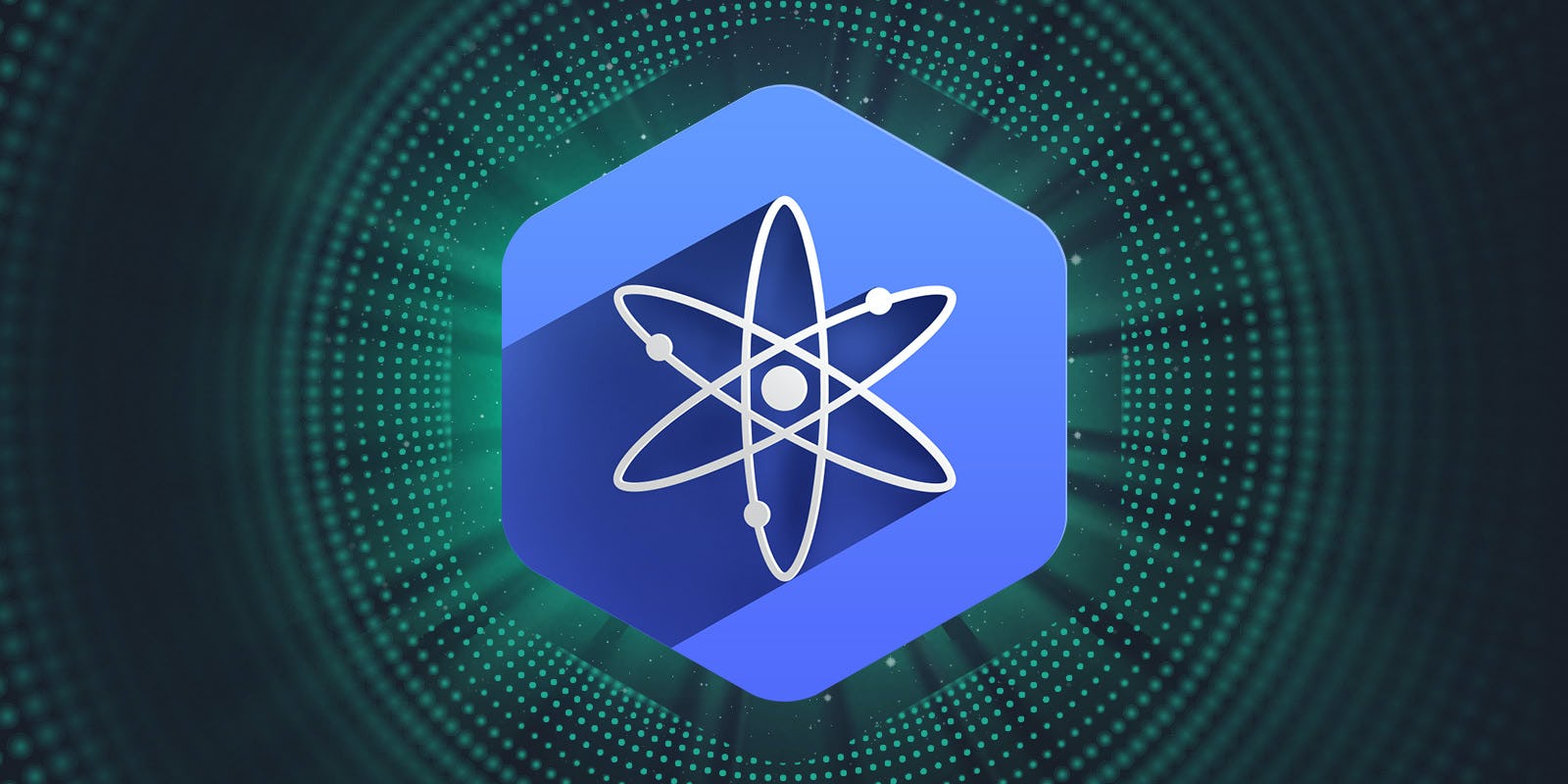 The Cosmos Ecosystem is often referred to as the “internet of blockchains” by its founders. It aims to be a network of sovereign, interoperable blockchains, united by open-source tools that facilitate interoperability and transactions in the industry.

Cosmos was co-founded by Jae Kwon, Zarko Milosevic and Ethan Buchman, all of whom worked on Cosmos’ consensus protocol (Tendermint).

Interchain GmbH houses the teams that have been driving the project’s technology development over the past few years. Their goal is to enhance the developer experience, toolbox, brand and social reach. Building educational resources is also a central role for the team.

ATOM is the native utility and governance token of Cosmos Hub, originally distributed via an Initial Coin Offering (ICO) in 2017. By holding ATOMs, users are able to stake, validate blocks, vote on improvement proposals and pay for transaction fees. The token’s standard is set on multiple blockchains, including ERC-20, BEP-20, and Cosmos.

At first, tokens were created on launch of the Cosmos Hub mainnet. They were distributed to donors, token sale participants, the Cosmos foundation and core developers. Nowadays, ATOMs are generated as rewards for network validators.

The current circulating supply for ATOM is 286,370,297, and there is no supply limit. This is because Newly minted ATOM tokens are used to reward stakers as part of the consensus mechanism. As such, the inflation rate adjusts depending on the amount of coins staked and the number of stakers. For all intents and purposes, ATOM is an inflationary coin.

In a nutshell, the Cosmos Hub network is made of three layers:

To tie all three layers together while maintaining a developer-friendly building environment, Cosmos relies on a number of open-source tools:

The most important aspect of Cosmos’ design is the Tendermint BFT Consensus Engine, as it allows developers to build blockchains without having to code everything from scratch.

In short, the algorithm secures the network, validates transactions and ensures that blocks are written on the blockchain. Similar to an Application Programming Interface (API), it connects applications using an application called the Application Blockchain Interface (ABI).

For a blockchain to function it must tackle the Byzantine Fault. Briefly, BFT is a logical dilemma that illustrates how a group of Byzantine generals could have communication problems when trying to coordinate the next move.

The Tendermint Consensus Engine uses a proof-of-stake (PoS) governance mechanism to overcome the dilemma, which keeps the ‘Cosmos Hub’ network synchronised.  In order for participants, aka ‘validator nodes’ to power the blockchain and vote on improvement proposals, they must first stake ATOM. Participants reach that status by achieving a rank in the top 100 nodes staking ATOM, after which voting power is ascribed (at the time of writing, there are 175 validators for the Cosmos Hub).

Users can also delegate tokens to validators while still earning a portion of block rewards. Users can easily switch between validators they delegate their ATOM to depending on voting preferences. This helps to keep the validators honest.

The Cosmos Hub is an application specific blockchain that provides services for other blockchains such as infrastructure, routing, and security. For example, the Cosmos Hub allows users to route assets or commands between any blockchain connected to the Cosmos Hub via IBC without requiring a direct connection to the other blockchain. Or, upon launch of Interchain Security later this year, "Consumer Chains" (sovereign app chains) can choose to leverage the validator set and market capitalisation of the Cosmos Hub for security while also maintaining their independence.

The Inter-Blockchain Communication Protocol (IBC) is a universal, general-purpose interoperability protocol native to the Cosmos Ecosystem and enables Interchain applications to communicate securely, without the need for trusted 3rd parties. It is a kind of data highway for secure communication between zones, making the ecosystem interoperable with different applications, validators and consensus mechanisms.

Cosmos also has a software development kit (SDK) which is the native application building toolkit of the Cosmos Ecosystem and allows developers to build and deploy application specific blockchains quickly, simply, securely with a modulare, scalable, interoperable framework of tools. The point of the SDK is to minimise complexity and offer core functionality that’s usually present in blockchains. These include token minting, governance and staking mechanisms, among others. Developers can create plugins to add more features to their blockchain.

Note that other Proof of Stake chains built with the Cosmos SDK have the same three layers and rely on the same tools.

Depositing ATOM into the SwissBorg app

If you want to deposit ATOM into the SwissBorg app, you will need to complete the following steps:

Important: Make sure that the protocol you are using is the BEP-20 (Binance Smart Chain) protocol; otherwise, the deposit will not be successful.

Starting July 7, ATOM will be available in the SwissBorg app, which means buying the token will take no more than a few taps.

In case you are not a SwissBorg app user and haven't experienced its ease of use yet, just follow these steps to add ATOM to your portfolio:

In case you are interested in buying more tokens besides ATOM, feel free to follow the same steps as they apply for all assets in the SwissBorg app.

Cosmos was among the first solutions on the market that aimed to solve the problem of communication between blockchains, broadly speaking. It has maintained its popularity over the years despite the proliferation of more solutions to this problem. All in all, Cosmos’s popularity, diverse functionality and decentralised governance make it a force to be reckoned with in the crypto ecosystem.

Invest in ATOM today with the SwissBorg app!

Play tag with Smart Send for your chance to win!