What is an ICO? 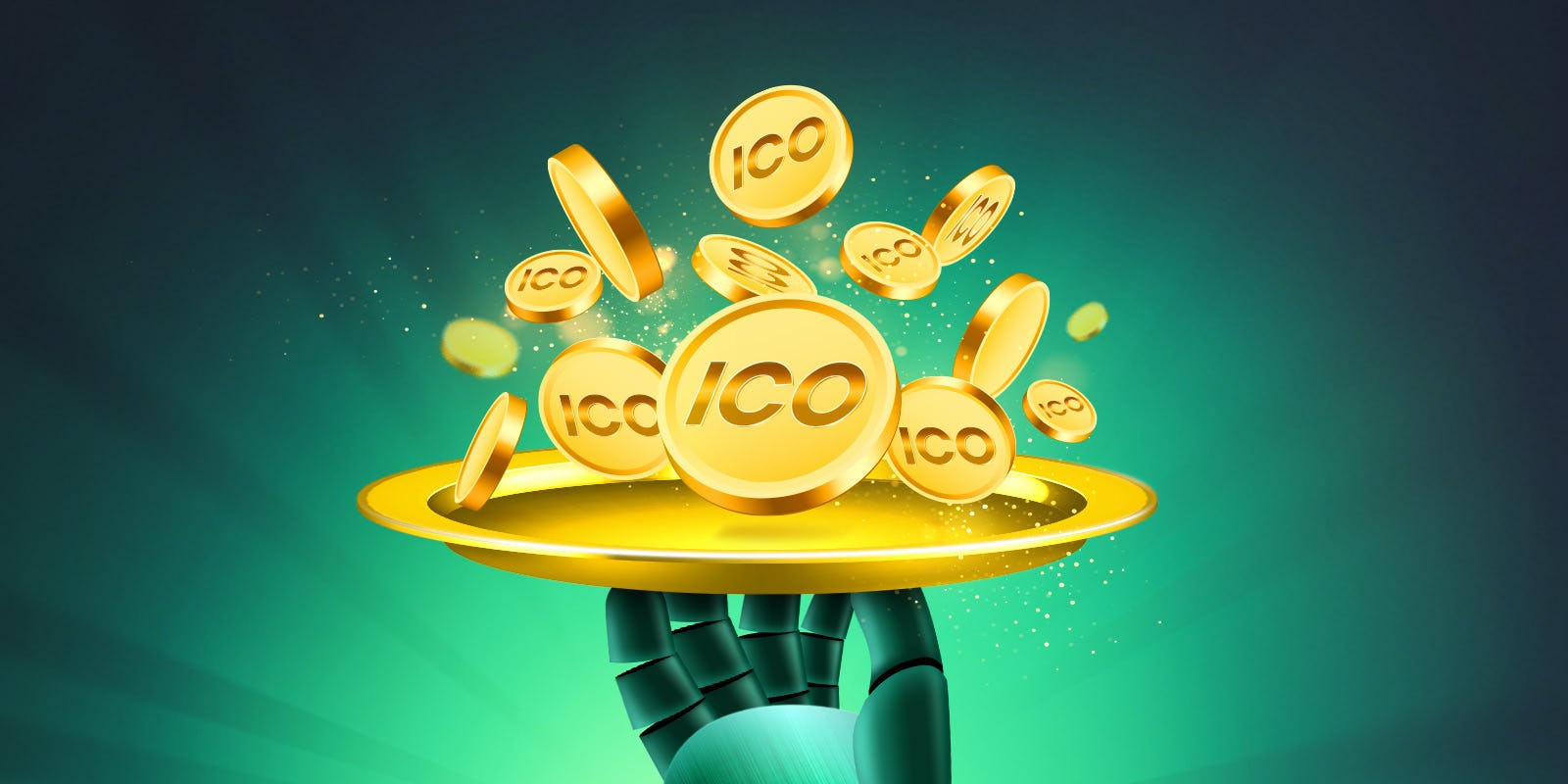 Many people have experience in traditional investing but are not as well-versed in the cryptocurrency space. However, they want to get into it and think that an initial coin offering — also called an ICO — could be a great way to start. This guide breaks down the essential details and helps investors decide whether ICOs might be a match for them.

An ICO gives people the chance to invest in new cryptocurrency projects. As the name suggests, many such initiatives raise capital for crypto coins. However, some ICOs also extend to associated apps or cryptocurrency services. When a person invests, they usually get coins, which can also be referred to as tokens. Regardless of the name, these goods exist in the digital realm.

The most common arrangement is for a startup to use an ICO to raise capital for upcoming projects. Moreover, there are two main types.

A private ICO limits the number of investors that can participate, and there are usually some restrictions placed on them. For example, a company holding an ICO may stipulate that only accredited investors may take part or that they must meet a high net-worth minimum.

Conversely, public ICOs are more accessible. They represent a democratised type of investment because anyone can join. They’re akin to crowdfunding projects that people learn about on popular websites and other public forums.

Another thing to keep in mind is that ICOs combine raising capital with blockchain technology. The blockchain is the distributed digital ledger system that keeps records of cryptocurrency transactions.

How does an ICO work?

Virtually all ICO projects start when the companies behind them identify concrete reasons for raising capital. They then create documents — such as whitepapers — and identify target audiences of investors.

Documents about upcoming ICOs generally feature all the specifics someone would want or need to know before investing, including:

People who choose to invest in ICOs get an equivalent number of cryptocurrency tokens representative of their financial stakes in the project. They hope — and expect — that the tokens will increase in value as the company becomes more successful, translating into successful investment ventures. If that happens, investors trade their ICO coins later for a profit.

What are the benefits of ICOs, and why do investors like them?

The low barrier to entry is one reason why many investors view ICOs as interesting and exciting investment opportunities. People only need cryptocurrency wallets capable of holding the coin or token associated with the ICO to get started with this type of investment.

Additionally, there are aggregate ICO sites that show a collection of in-progress or upcoming initial coin offerings. People can then sort through those by comparing them side by side.

Some ICOs have particular rights-related advantages, too. Those include the right to a percentage of the profits or fees collected by the cryptocurrency business, blockchain access solely granted to holders of the coin or blockchain management privileges. The company holding an ICO may also stipulate that the distributed coins are the single accepted payment method for a product or service.

People are also excited by the possibility that ICOs and the coins associated with them could open new opportunities. Some investment experts say each ICO coin is like a mini-government because it offers holders transparency and the chance to have their say in how a company runs.

Many people would love the chance to influence and be involved with the companies they find most promising. ICOs let those things happen. Plus, provided that an interested investor sticks to dealing with public ICOs — at least at first — they can get started immediately, regardless of investing experience. An ICO lets a person get involved with a cryptocurrency company during the early stages. Investors often see that as a privilege, especially if they notice a business’s tremendous promise.

What are some known risks of ICOs?

All investments come with risks. Many investors try to reduce them by diversifying their investment methods. For example, in addition to investigating ICOs, they might look at portfolio positioning models of exchange-traded funds (ETFs). Such data shows the top and bottom performers in each portfolio. It also indicates its overall performance on stock indexes per week.

Besides investment diversifications, an effective way to reduce ICO risks is to learn about some of the potential dangers associated with them. Perhaps the one cited most often is that ICOs are typically unregulated. In the United Kingdom, the Financial Conduct Authority (FCA) warns that ICOs are very high-risk, speculative investments. It confirms that most are unregulated, as well as based overseas. Moreover, the organisation’s content about ICOs states that investors are unlikely to have access to the UK’s regulatory protections if things go wrong.

There’s also a high likelihood of people mistakenly falling for seemingly promising ICOs that ultimately turn out to be scams. A 2018 Satis Group study found that 78% of ICOs were fraudulent. Also, only 15% were deemed successful and went onto trade via the markets.

Another study included data about more than 5,000 ICOs. Researchers identified more than a dozen ways that people can trick investors who want to get involved with initial coin offerings. They discovered that the most considerable loss from such a scam topped $735 million. Those results show both the popularity of ICOs and the consequences that can result if an ICO is not what it seems.

What are some of the most common signs of a potentially fraudulent ICO campaign?

In the United States, authorities at the Securities and Exchange Commission (SEC) created a campaign to shed light on how easy it can be to view an ICO as legitimate and fail to see the possible red flags.

The initiative involved creating a fake ICO offering for HoweyCoins that broke down some of the warning signs of ICOs that may turn out badly for investors. It mentioned:

Although that is not an all-encompassing list of warning signs, it gives investors a good start to help them pick up on the signs that it may be best to steer clear from a particular ICO.

What is an ICO strategy for finding reputable investments?

As of March 2020, there were more than 2,300 ICOs around the world. Most of those were for cryptocurrency platforms or coins. However, ICO projects also existed for initiatives that people may not immediately associate with virtual currencies. They included plans related to big data, artificial intelligence and communications.

With the market so big, what can people do to boost their likelihood of picking an ICO that’s likely to prove fruitful rather than become a massive mistake? One tried-and-true piece of advice is for people to avoid opportunities that seem unusually fantastic. It’s natural to feel excited about the possibilities. However, if a person’s excitement primarily comes after reading how an ICO is a can’t-miss opportunity that guarantees superb returns for early investors, they should think twice.

Moreover, people should show a preference for companies with histories of reliability. Many startup companies run ICOs, so it’s not necessarily realistic to hope to find companies with decades in the market. However, investors should be cautious of buzzworthy companies that seem to crop up overnight. After all, some scams occur when a company folds suddenly, leaving investors in the cold.

It’s also smart to prioritise ICOs where investors have access to the development team and can see the underlying code for the project. Additionally, determining whether a company has venture capital (VC) funding can provide a clearer idea of a startup’s staying power.

What does the future hold for ICOs?

One of the major changes on the horizon for ICOs in 2021 relates to a deadline associated with January 10. It requires initial coin offerings, and all other existing firms engaged in cryptocurrency asset activities, to register with the FCA. Those that do not must cease trading after that date. There are also European Union cryptocurrency regulations that could affect what’s on the horizon, depending on both an investor’s location and where an ICO operates.

Some cryptocurrency analysts also hold the opinion that ICOs have passed their prime. They have not universally become unpopular, but some of them failed to attract the kind of funding they may have when initial coin offerings first arrived on the market and were capturing more public attention.

The lack of regulation and the high probability for scams are among the reasons why some investors are less interested. Even so, others find them well worthwhile.

Pursuing an ICO as an investor

This guide gives investors all the basics they need to know before linking themselves to an ICO project. Anyone who wants an idea of what can happen when things go well should bear in mind that SwissBorg is an ICO-funded project. The app currently has more than 200,000 users who can invest and manage their cryptocurrencies from anywhere.

Learn more about the SwissBorg app to start your crypto-investing journey.

The history and evolution of blockchain

How to invest in cryptocurrency

What are smart contracts and how do they work?