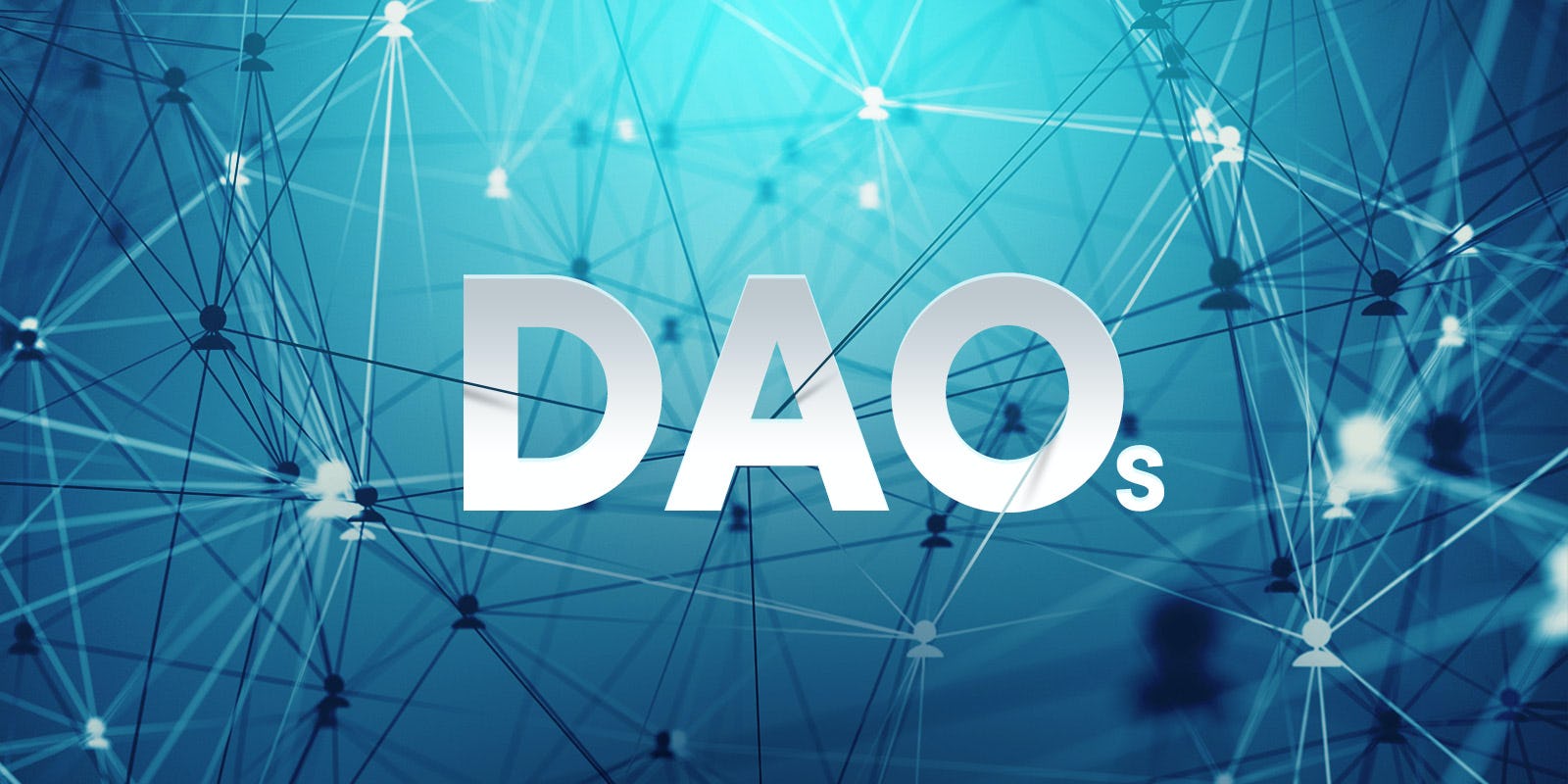 A Decentralised Autonomous Organisation (DAO) consists of a group of stakeholders working within a computer-based decision-making system to grow a project using their skills and often being rewarded for their contributions.

For example, the Cardano DAO (which we will discuss in more detail later) uses transaction fees to create a treasury allocated to people with ideas to build the project further. These people ask for funding for their ideas, and the DAO votes on which of these ideas should be pursued.

This management framework has multiple benefits, including autonomy, objectivity and transparency. But it can also have inconveniences, often related to secrecy and confidentiality.

The first DAO is said to be Bitcoin itself, as it is governed by consensus among its core team and the mining network. Since the creation of Bitcoin, DAO is a concept that is increasingly visible in cryptocurrency projects because decentralised governance matches perfectly the values investors are looking for in decentralised finance.

What are the different types of DAOs?

A DAO is a relatively broad concept that can be tailored to a project’s needs. There are differences in the core purposes of many DAOs. The most common purposes are governance, social influence, moderation and nodes.

After having met certain qualifications, some members in DAOs may receive voting rights. This means that they can participate in shaping the future of their organisation by deciding which initiatives should be carried out.

For example, a DAO member might create a project to create meet-and-greet events around the globe. This proposal will first be voted on, and, if approved, the project initiator will then work with other DAO members to carry out the project’s implementation.

Many projects enlist help to build awareness of their project, as this work can take significant time, which may force the core team to forfeit/sacrifice certain aspects of their product. Social media moderation, community entertainment and event organisation are three examples of tasks a DAO can carry out.

Alongside having a social media presence, managing the interactions surrounding a project’s presence and its activities is important.

It can be very expensive to employ people dedicated to looking at social media around the clock when you are starting a new business, especially as a project’s community grows, which is where DAOs can help. Members of a DAO can take responsibility for community moderation, which will allow the core members of a team to focus on product innovation to a greater extent.

Transactions on blockchains may have to be validated by nodes. When that is the case, the project can designate particular people to become nodes. Nodes are not always a DAO, as they can be moderated and collaborated with by a centralised platform, but it can be useful to build a DAO for this purpose. That group will also almost always have voting rights as they understand blockchain technology and are invested members of the ecosystem.

How to form a DAO?

For a DAO to be considered functional, it must be completely autonomous and independent. There are three important steps to reach this objective.

1. Create a set of rules and guidelines

This step is important for giving the group direction and help the smooth interaction and communication between members and the project as a whole. Then, once the rules and guidelines are established, they must be programmed - this allows the DAO to be automated and managed without human bias, thus making it truly democratic.

2. Have an initial treasury

Some sort of incentive must be provided to reward the people who will be actively participating in the project. Funding must also be available for potential projects and unexpected or necessary costs. These incentives can be distributed in different forms, but the most common one is the token-based reward, where the person will receive the token created by the company/group for whom they are working.

It is, however, advisable to have regular funding to create a more sustainable way to reward collaborators, rather than forcing the DAO to become more and more selective as the money supply dwindles.

Once the rules and programming of the DAO have been finalised, the DAO is functioning, and the funding is sustainable, its creators might want to step away as ‘heads’ of the DAO for it to be truly autonomous.

By then, all of the aspects should be covered, and the DAO’s collaborators should be able to function around that programmed system of management successfully.

Some DAOs today have an exemplary working force and are doing tremendous work.

For example, Cardano’s whole ecosystem revolves around the community and the experts within that community. Indeed, they use a peer review process, which means that most changes and initiatives are documented professionally and academically. Furthermore, they operate in multiple sectors like marketing or product development and education or even graphic design. In addition to this, everything mentioned in the section on different types of DAOs is usually handled by the Cardano DAO.

It would be strange for me not to mention the SwissBorg DAO on their blog, especially since I am myself part of it. In the SwissBorg DAO, the community has the right to propose projects that will be reviewed by a council (voted in) before being voted in by guardians (members of the DAO who have already contributed to the community and have been granted a more senior role). These projects may be requested by SwissBorg (such as community moderation or blog articles) or by members (DAO certificate or a trading squad). As the DAO is in its early stages, the decision making is not totally decentralised. Nevertheless, it is a great way to show your appreciation for the SwissBorg project by using your skills!

A third DAO worth mentioning is “The DAO”. This project was created by Slock.it in early 2016. It was a big pool of funds that a group of DAO members were managing and using to invest in projects and initiatives. Decisions regarding fund distribution could be made with votes from 20% of the members, and the funds would automatically be distributed after the quorum is met by the computer program running the DAO. Unfortunately, after accessing the code a hacker discovered he could get money out of the pool and the fund’s pool wouldn’t be updated in real-time, which meant nobody would notice his withdrawal. He used that loophole to retrieve approximately 3.6 million Ether (about 7.4 billion USD at the time of writing). Which leads me to my next section:

DAOs aim to create a decision-making system that is fair and transparent. But that transparency brings with it the issue of confidentiality, as it is impossible to be completely transparent without compromising confidential information. Confidentiality can be beneficial, such as in cases where a project might like to avoid information about works-in-progress being made public before launch, or public excitement leading to impossible initiatives. Confidentiality also protects the personal data of DAO in regards to their activities and the rewards provided.

Another downside of transparency is that it can lead to security risks. As seen in the example mentioned above, the security of a project can be compromised when the code and other sensitive information is online for anyone to see, making it easier for attackers to exploit potential loopholes.

The future of DAOs

DAOs are a rewarding way for both a project and its members to co-exist. They allow members to make a bigger investment than their money into a project, and they can be a decent time saver for the organising entity.

As they can also help with all of the benefits mentioned in this article, while being fair and neutral, it is safe to say that DAOs are likely to continue being a great decision-making system for decentralised projects, if not even centralised ones.