Web 3.0: The new and improved Internet or just another tech frenzy? 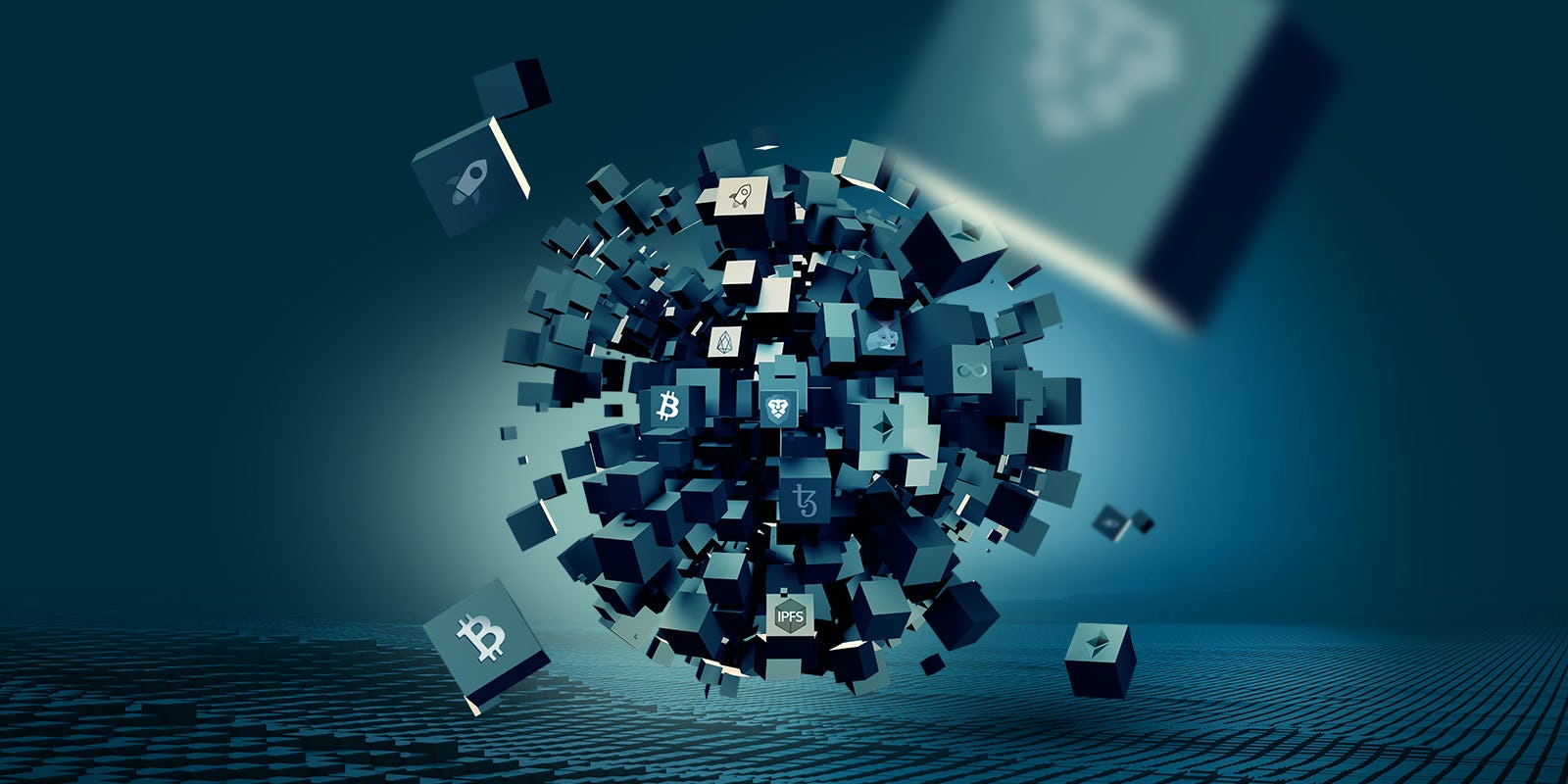 Presented as the next revolution of the Internet, Web 3 or Web 3.0 is part of many conversations. But, it also raises many questions. What does this term really mean? Can Web 3.0 be the next step for the Internet? How does  it stand out? Do we need a third-generation Internet? What does it mean for crypto?

In this article, we will attempt to answer these questions. So, let's take a look at the Web of tomorrow and try to understand what's at stake.

Before looking at Web 3.0, it is essential to understand what Web 1.0 and Web 2.0 are in order to clearly identify the challenges and possibilities  for the future of the Internet.

The history of Web 1.0 began in 1989 when a visionary named Tim Berners Lee proposed a new protocol called HTTP that allowed you to access web pages. Web 1.0 (or the consultative Web) consisted mainly of static web pages, which we could consult but not really interact with.

Tim Berners Lee, in essence,  invented one of the crucial  parts for  the development of the Internet or the "World Wide Web".

Over the following decades, there were a range of new changes and innovations (smartphones, the cloud, social networks, etc.) that made it possible to create dynamic, interactive, and collaborative websites. As a result, a new class of business emerged - web giants like Facebook (now Meta), Google, Amazon, Uber, Airbnb, and others, offering new ways to shop, entertain, research, interact, create and register for online services .

These companies helped create what is now called Web 2.0 (or the participative Web) - a fantastic evolution of Web 1.0 in some aspects, but a turn for the worse in others.

Need more details? We’ve got you!

You see, the Internet was originally supposed to be decentralised, open, free and censorship-resistant. Unfortunately, we got  the opposite.

A huge part of the power and control over  both the information and the value created is now in the hands of web giants, which causes a whole bunch of problems that only become apparent when you take a serious look.

With Web 2.0, it is the web giants that control our data. They collect and monetize personal data to make billions of dollars a year, and most of the time, we, the users, don't benefit from it.

Platforms have control over their users and can choose to ban and censor certain users or content that does not suit them. In addition to that, the centralised architecture of Web 2.0 increases the risk of attack, possibly leading to the breakdown of its various platforms and leaks of personal data.

As a result of all the problems of Web 1.0 and Web 2.0, a change was necessary -  a new version of the Internet; a fairer internet where users could take back control over the security and the confidentiality of their personal data, avoid the sometimes unfair censorship of their content on existing platforms and receive a fair share of the revenues generated by the platforms used.

Technologies supporting Web 2.0 cannot make this dream a reality, however, the invention of Bitcoin in 2008 and then Ethereum in 2013 gave us a glimpse into the revolutionary power of blockchain technology and its consensus methods. Thus, we are now starting to see, little by little, the first building blocks of a decentralised Internet which uses blockchain and promises to solve the fundamental problems of Web 2.0.

Fundamentals of the Web 3.0

A simple way to define Web 3.0 is to say that it can be considered a decentralised and open replacement for the current Internet. File storage, databases, web servers, computing power, web browsers, streaming infrastructure, web applications, domain names, data indexing, and  even the connectivity of each of the blocks that collectively form the Internet can and probably will be replaced by a decentralised and open alternative.

The major changes brought by Web 3.0:

All the initiatives, projects, and protocols presented above are just some examples and are mostly in the early stages of development. That being said, it is impossible to know which of them will survive, but we do have a good overview of the potential directions in which the Internet might go.

One thing that is certain is that Web 3.0 solutions aim to replace or compete with their Web 2.0 counterparts.

The benefits of Web 3.0 and what it means for the crypto world

Although there are too many to list in one article, we need to highlight at least the main benefits of making Web 3.0 a staple in our everyday lives. These benefits range from the ones that will make using the Internet easier and more practical, to the ones that will completely change the way we communicate, do business, manage data privacy and do much more. So, let’s get to know a few:

All these innovations are examples of use cases and benefits of Web 3.0, and there will be many more to come.

Even if the vision of Web 3.0 is powerful, there are still many challenges to overcome, whether they are technological, ideological, financial, or organisational. Here are some of the most prominent ones.

Firstly, as Web 3.0 is mostly ideologically driven, it is difficult to align people on what it is, even within the projects that participate in its creation. For some people, Web 3.0 stands for "infrastructures are decentralised", for others it stands for  "politically decentralised" or "its logic is decentralised". Of course, this does not help the users to understand and adopt Web 3.0 protocols.

Another major problem is the lack of funding and a sustainable business model. If the adoption of advertising as the main way to finance the Web was a mistake, the alternatives are far from obvious. Thus, it is rare to see current Web 3.0 projects with a real monetization method. Instead, the majority of them are self-financed.

In addition, the majority of Web 3.0 projects are less than two or three years old and are conceptually difficult to understand. Web 3.0 is, therefore, brand new, so it is not surprising that it is misunderstood. For that reason, users need to be educated on the advantages of using Web 3.0 protocols over their centralised counterparts.

This emerging situation also induces technological consequences making the road to adoption an uphill struggle as the infrastructure needs to improve. Moreover, one of the most frustrating points for developers is the lack of documentation, tutorials, or videos to help them.

Finally, another big challenge for the development of Web 3.0 is the resistance of Web 2.0 companies as well as some totalitarian states or institutions. Those who are accused of monopolising value on the Internet have not said their last word and will probably not let the golden goose go without a fight.

Despite significant challenges, Web 3.0 seems to be full of promise. It represents a transition from a closed, centralised Internet dominated and controlled by large platforms whose value is owned by corporations, to a decentralised, open, democratically-controlled Internet directly and completely owned by its users.

Web 3.0 is not only a different technological architecture; it is a different philosophical approach that has the potential to solve the problems of the current Internet as well. It is also the embodiment of what is called the Internet of Value - an Internet where everyone can hold and exchange digital possessions but also invest and own a part of the value of the system.

All of this is made possible thanks to the invention of several basic building blocks that did not exist before and will revolutionise the Internet. These building blocks include blockchains, smart contracts, Defi, DApps, tokens, NFTs and DAOs.

However, the most important thing to understand is that what we covered in this article is  only the tip of the iceberg, and that, in the next few years, we will probably be able to enjoy the same comfort and functionality provided by Web 2.0 but with all the advantages of Web 3.0.

Web 3.0 will have a multitude of other effects on our lives that we do not yet suspect, but that is normal since we are at the very beginning of this technological revolution. We are without a doubt excited to see what is to come! How about you?