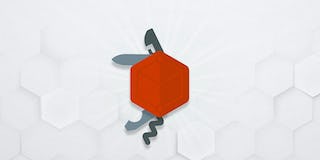 Over the course of the last 15 years, many crypto-related fads have come and gone, hyped by the media frenzy associated with the rise of certain cryptocurrencies. However, what we can be certain about is that the Distributed Ledger Technologies (DLTs) that underpin cryptocurrencies  have revolutionised many industries since their first introduction at the beginning of the 21st Century.

Some of the most exciting real-world use cases all centre around a category of DLT-based cryptocurrencies known as ‘utility tokens’ and many of these have been gaining traction in recent years, both in terms of user acceptance as well as real-world value.

The term ‘utility token’ was first used in 2016,  the Merriam-Webster dictionary defines it as,

These tokens fundamentally differ from security tokens in that utility tokens are not intended to give their holders the ability to control how decisions are made in a company. They merely enable users to interact with a company’s services. Security tokens are intended as investments that are backed by either a physical commodity or the companies’ own assets.

Utility tokens have a particular role in the financial sector, with two out of the three top utility tokens by market capitalisation being for the exclusive purpose of the financial world (Ripple and Binance Coin). Both of these projects are having a real world impact on international money transfers (Ripple) and cryptocurrency exchanges. The biggest utility token by market capitalisation is Ethereum which acts like a platform and infrastructure token that is, in turn, also used by many financial sector projects.

If we take Ripple, for example, it has just received approval in the US for acting as a money transfer platform. This would make cross-border money transfers available at a fraction of the cost of existing methods used for payment, as well as allowing much smaller scale transfers such as micropayments.

Another utility token which is of particular relevance in the financial sector is the CHSB token. The CHSB token powers the SwissBorg ecosystem providing its holders with multiple benefits, including zero fee exchanges on the SwissBorg app. Much in the same way Ripple is transforming the cross-border payment industry by reducing the cost barrier, SwissBorg is doing the same for the investment industry by providing open access to expert advice and investment options in a range of crypto-holdings.

The CHSB utility token provides an invaluable service for those looking to invest in alternative markets such as cryptocurrencies.

Benefit from CHSB today by downloading the SwissBorg Wealth app.

An Introduction to Altcoins

What is Utrust (UTK)?