A closer look into USDT (Tether) and its risks 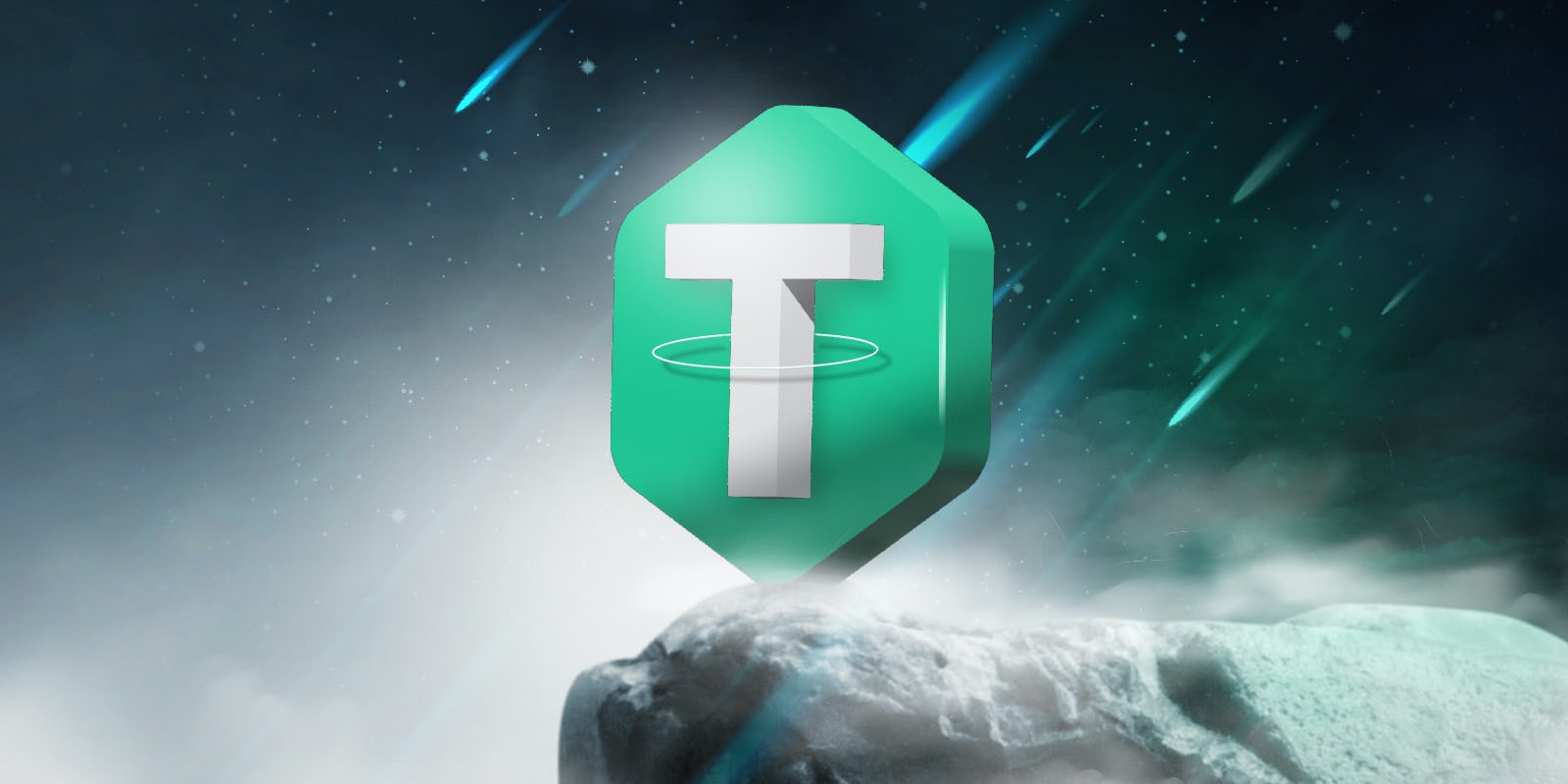 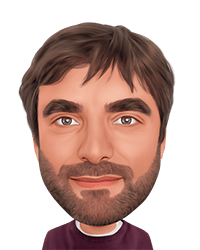 Anyone who is deep in crypto or even just dabbles in it will tell you that the last few weeks have been a rocky ride. A depeg or two, record-breaking price drops and more all contributed to a somewhat unexpected market crash we are still feeling the effects of. But, the recent volatility in the market has made two things very clear:

Thanks to this lack of information, many suffered a significant loss of funds and doubts surrounding the stability of pegged digital assets have dramatically increased.

As we at SwissBorg are very dedicated to protecting our users and enabling them to invest in crypto the smart way, we want to educate those users about the risks of investing in stablecoins and other assets - an effort that we started well before the latest UST crash.

Just last month, we published a post exploring the risks of UST and other stablecoins. Prior to that, we covered a range of topics, including the differences between USDC and USDT.

In this article, we will tackle USDT (Tether), a stablecoin with the biggest market cap of a whopping $74,149,779,864 at the time of writing. If you want to learn more about USDT's creators, its issuing process, risks, and more, follow along with this article!

Behind the most widely used stablecoin stands a company named Tether Holdings Ltd.

While not much information on Tether Holdings Ltd is available, what is publicly known is that this is a private limited company based in the British Virgin Islands that enables the conversion of USD into a virtual/crypto version of it - USDT.

The issuing of USDT by Tether Holdings Ltd is done in the following manner:

The above process also explains USDT's peg to USD.

The importance of USDT (and other stablecoins)

Despite the great popularity they enjoy, many still get puzzled by the purpose of stablecoins. Thus, a question that often arises is, "why in the world of decentralised virtual currencies would I want something linked to a centralised currency like the US Dollar?"

While a detailed answer would require a separate article, the following points might help explain the use and importance of USDT as well as other stablecoins:

Now that we have gone over how USDT is issued and why we use it, it's crucial we talk about the risks associated with it. Knowing these risks will enable you to decide if USDT is an asset fit for your investor profile and recognise the warning signs of a potential USDT crash.

The mechanism implemented by Tether Holdings Ltd in which it holds on to the USD given by investors is what helps create its dollar holdings referred to as "reserves". These reserves ensure that USDT is pegged to USD.

Tether Holdings Ltd initially claimed that "every Tether is always backed 1-to-1, by traditional currency held in our reserves".

This statement was later changed in February 2019 to "Every Tether is always 100% backed by our reserves, which include traditional currency and cash equivalents and, from time to time, may include other assets and receivables from loans made by Tether to third parties, which may include affiliated entities".

The new statement shed light on one thing - Tether Holdings Ltd is lending from its reserves, therefore putting them at a potential risk.

Little information is provided explaining what exactly makes up the reserves, and one can't exactly know the maturity of the loans, types of metal, and other details if they look at Tether Holdings Ltd's description of them:

Which bank holds these reserves is yet to be determined.

Adding to this is the fact that the first audited report of the reserves was done only in February 2021 by an unknown firm based in the Cayman Islands, serving as an independent auditor.

Following the crash of UST, Tether Holdings Ltd experienced a massive redemption wave of around $9B.

This had a visible effect on the market capitalisation of USDT. 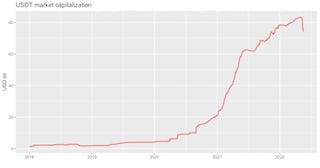 Besides a drop in market capitalisation, the redemptions caused USDT to temporarily lose its peg between May 11 and May 13 2022, which is something the stablecoin is yet to fully recover from, and has many questioning its liquidity. 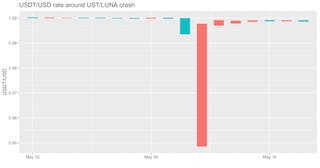 As the state of USDT's liquidity is not very clear, we decided to take a deep dive into Tether Holdings Ltd's latest financial statements (as of March 31, 2022) after we deduced the $9B in redemptions.

According to those financial statements, Tether Holdings Ltd's reserves are composed of:

What falls under "other investments" is not exactly clear; we can only assume that they may include digital tokens. This means that the only readily available liquidity comes from "cash and cash equivalents".

We looked at the percentage composition of "cash and cash equivalents" provided in the most recent audited financial reports from two periods:

We also assumed that the redemptions were done using cash deposits ($3B with $1B left as liquidity) and money market funds ($6B).

All this allowed us to create a graph that visually represents the change in liquid reserves before and after the redemption wave. 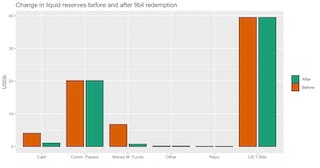 Change in liquid reserves before and after 9bil redemption

From the graph, it's easy to see that Tether Holdings Ltd's liquid reserves could be nearly depleted. In case of a new wave of redemptions, the next assets that would have to be used are:

While it is true that Tether Holdings Ltd was able to survive the $9B redemption wave, even though it led to its cash reserves being nearly depleted, the real question is, would it be able to survive a similar one? And if yes, how would it affect USDT holders?

If such an event were to happen, we believe there are two possible ways the company would react:

Tether Holdings Ltd commits to meet all redemption requests by selling some of its liquid (but not cash equivalent) assets. A portion of these assets could be sold at a discount. As a result, the company's reserves would be worth less than the USD amount of USDT it emitted.

This may leave USDT holders nervous, and confidence in Tether Holdings Ltd may be lost, leading to more redemptions. In a situation of this sort, the company could see removing USDT from the market (buying it below parity) by quickly liquidating its reserves, even at a loss, as convenient. This would be acceptable as long as USDT is trading at sufficient discounted levels.

Eventually, the remaining outstanding USDT would again go back to being fully collateralised, and parity could be reached again.

Faced with mass redemption, Tether Holdings Ltd decides to cap the daily maximum of redeemable USDT or even stop redemptions due to liquidity constraints. Investors then get really worried (they fear the company is lying about its reserves) and start dumping USDT on the secondary market (e.g. crypto exchanges), leading to USDT losing its peg.

Given that USDT is (theoretically) fully collateralised, arbitrageurs would have an incentive to buy USDT at a discount on the market, wait for redemption at par, and cash in the difference. Tether Holdings Ltd could also step in and buy back USDT at a discount while liquidating its reserve to face the incoming redemptions.

In both the above-described cases, it's clear that those who have access to the mark-to-market value of USDT reserves can perform an arbitrage. The only people with such access are the ones at Tether Holdings Ltd, giving them an unfair advantage.

Will USDT change for the better?

Although we have mostly focused on the risks of USDT, it's only fair we mention some positives, too, as there appears to be good news regarding the stablecoin.

Strengthening of the reserves

If communications made by Tether Holdings Ltd are to be believed, the company is striving to improve the strength of its reserves. To be more specific, it has reduced the number of commercial papers and increased the number of US T-Bills as well as money market funds within the reserves.

Holdings in commercial papers went down to $20B from $24B (quarter on quarter). Positively adding to this is the fact that the average rating of commercial papers and certificates of deposit has gone up from A2 to A1 (the top rating).

Secured loans within the reserves have also gone down by $1B.

Regardless of how unpleasant the market volatility caused by the UST crash and temporary USDT depeg was, it will hopefully push regulators to act promptly and provide some rules on stablecoins.

Without the intervention of regulators, we, unfortunately, might see a situation as bad as the UST/LUNA crash. Only this time, a USD-backed stablecoin could be the main actor.

Using this article, we did our best to present to you the risks that come with USDT. Do keep in mind that having only Tether Holdings Ltd's superficial audited financial report makes it quite impossible to precisely evaluate USDT's liquidity and ability to face a new wave of redemptions.

Still, according to our analysis, Tether Holdings Ltd's cash-like reserve might have been drained by the recent $9B redemption wave. This is quite alarming as a major USDT depeg event (i.e. large and prolonged in time) would have devastating consequences on the crypto market, given that USDT is used as the base currency on some of the largest exchanges (e.g. Binance). It would also erode investors' confidence since there is little use for an unstable stablecoin.

So, what can you do to mitigate risk? A few things:

All in all, crypto enthusiasts, including ourselves, hope that the peg will be reestablished and Tether Holdings Ltd will be more transparent about the state of its reserves. If this were to happen, USDT would again be a safe choice.

If not, and if USDT causes a systemic shock, regulators will likely step in. This would eventually prove beneficial to the crypto market as a whole.

Which scenario will play out? Only time will tell.

Does UST volatility put other stablecoin yield wallets at risk?

SwissBorg Ventures invests in LimeWire digital collectibles platform in a $10.4M funding round