Uniswap V3: What it is and why we need it 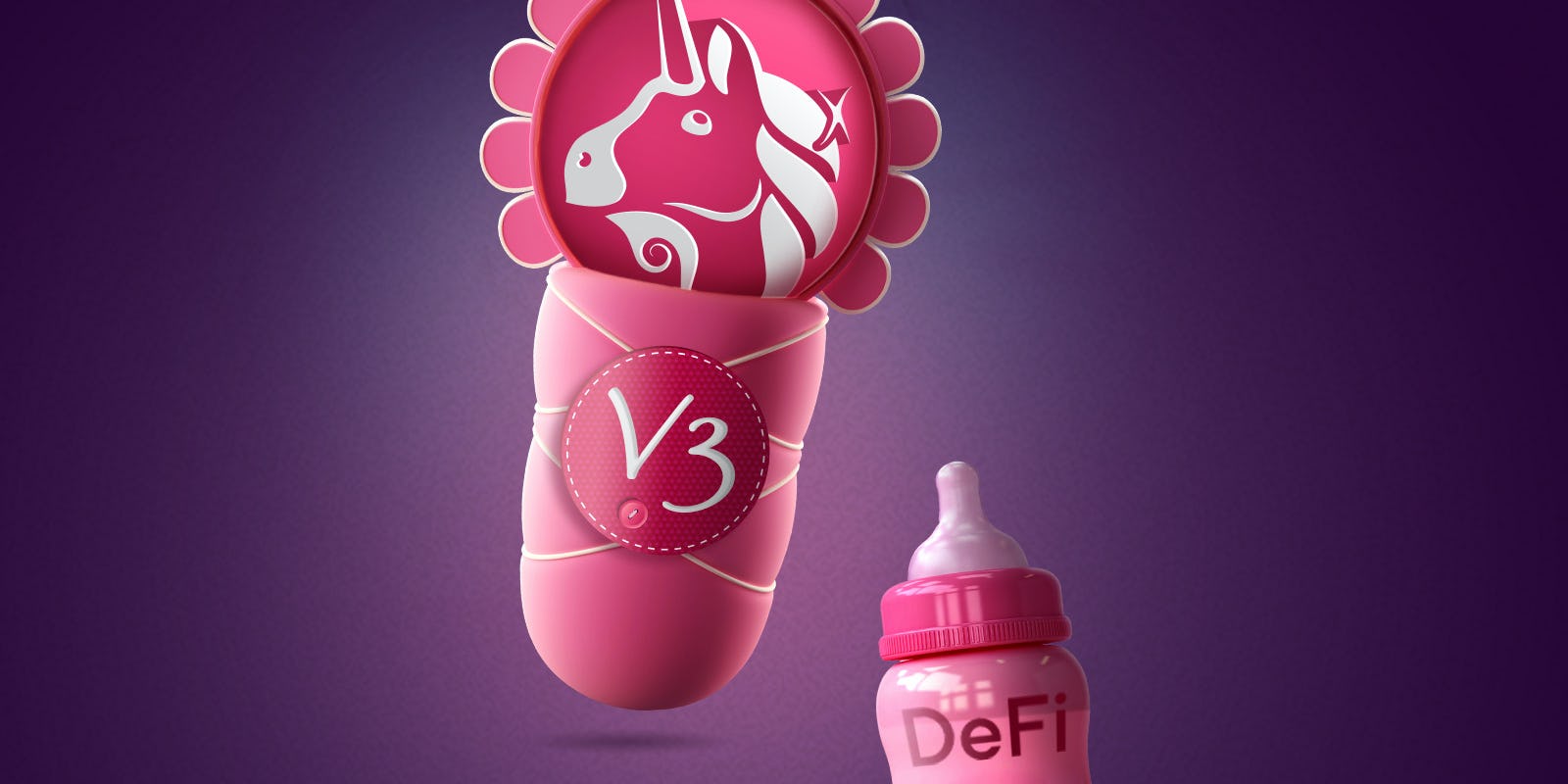 Uniswap was launched in November 2018 as a proof-of-concept for automated market makers. The Decentralised Exchange (DEX) allows for direct peer-to-peer transactions to take place without any middle-man or intermediary. Built on Ethereum, developers were able to create a decentralised exchange with automated market-making capabilities.

Two years later in May 2020, Uniswap V2 came out and introduced features and optimisations that set the stage for massive growth. Fast forward to today and Uniswap has directly mediated $135bn in trading volume, ranking as one of the largest cryptocurrency exchanges in the world and accounting for 20%-25% of all daily transactions on Ethereum.

In a short span of time, Uniswap was able to challenge the world’s largest centralised exchanges.

Ranked in the top 100 exchanges, the decentralised platform serves as mission-critical financial infrastructure for anyone who wishes to participate in a robust marketplace without borders and with total financial freedom.

Why do we need Uniswap V3?

Uniswap V3 is the exchange’s next upgrade, and is needed for scalability. The more users on the network, the harder the stress tests and traded volumes. To cater for increasing demand, Uniswap V3 is geared towards improving automated-market making and capital efficiency.

While the DEX has improved considerably over the years, there is huge scope for improvement especially in terms of flexibility. These include lower fees, lower order slippage as well as an improvement to the impermanent loss structure.

Uniswap V3 introduces the concept of concentrated liquidity, which means that LPs will be able to select price ranges where their capital will be allocated. Liquidity providers can combine various concentrated positions with a single pool.

For instance, an LP can allocate $100 to the $1,000-$2,000 price range and an additional $50 to the $1,500-$1,750 price range in an ETH/DAI liquidity pool. This allows LPs to approximate the shape of any order book or automated market maker. Trading takes place against the liquidity of all the individual curves and at no extra gas cost per LP.

This feature is also advertised as a relative solution to ‘impermanent loss’. If you’re involved with DeFi, you’ve certainly heard the term impermanent loss thrown around in chat groups. Impermanent loss occurs when the price of your tokens changes compared to when they’re deposited in a pool. The larger the difference, the bigger the loss.

Uniswap’s third iteration also includes a new feature that allows for the creation of unique pools with different fee dynamics. In V2, all transactions had a standard 0.03% trading fee.

The upgrade does away with this one-size-fits-all approach in an attempt to rectify an inefficiency. As such, Uniswap V3 features multiple fee tiers, which enable liquidity providers to be properly compensated for varying degrees of risk within given parameters.

Addressing the issue of LP capital efficiency, Uniswap noted that V3 will possess the same liquidity depth as V2 within specified price ranges but will instead have far less capital at risk.

Uniswap’s oracles have also improved the efficiency of time-weighted average prices (TWAP) by making the integration cheaper than before. This will lower Gas fees substantially in comparison to V2 due to the Optimism L2 update, which is an Ethereum-based second-layer solution that will be deployed just after V3 launches.

That covers the three major changes in the protocol, which aside from the lower fees are largely uninteresting to the average user. However, that’s not all.

Finally, Uniswap developers have departed from their open-source roots due to exploitation of its intellectual property. Since many exchange clones came out after Uniswap’s launch, the version 3 upgrade comes with licensed code with a time-delay on authorised commercial use of up to two years. Once this period is over, the code will be repurposed as open-source ‘into perpetuity’ for the crypto community to use or build on.

On paper, Uniswap V3 is an improved model that aims to streamline capital flows, liquidity conditions and general efficiency. The implementation of Optimism's layer-2 solution is also set to substantially reduce fees on the Ethereum network, which is the number one priority for average users. All in all, the cards are on the table and expectations are high for Uniswap V3.

Keen to invest in Uniswap? You can get the UNI token in the SwissBorg app!