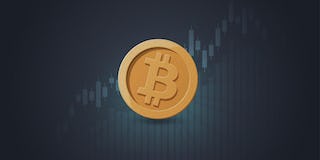 What are the best ways to buy and invest in Bitcoin? In this article we explore the fundamentals of investing in BTC and more.

The Foundations of Modern Financial Investment

In the late 16th /early 17th Century, a marvellous invention was created by empire-building nations of late medieval Europe: the limited liability company (LLC). The Dutch East India Company was the first LLC. It became the world’s first multinational enterprise to be listed on the recently founded Amsterdam Stock Exchange (ASE) that had been founded just before. This was the first time people could invest in a company to make a return.

The development of the LLC and the ability to part own the company through the issuance of shares (and therefore receiving a share of its profits through dividends), marked the first time that individuals could personally benefit from a successful company. The Dutch East India Company went on to provide a return of over 1600% through the payment of dividends over the two centuries that it was in existence.

More people now are interested in their own financial future than ever before in the history of finance. Apps such as Moneybox (for ISA investment), Trading 212 (for trading in stocks and shares) and various Bitcoin investment apps have been introduced around the world. There are two key reasons for this:

At the beginning of the 21st Century, another revolution took place that would radically alter the ability of individuals to secure their own financial future: the creation of Bitcoin. Bitcoin was created out of a need for an electronically secure digital currency that would provide a secure and anonymous method to transfer digital money from one person to another, that proved revolutionary due to its failsafe method of ensuring trust within the system: a distributed ledger which is now often referred to as the Blockchain.

This innovation in digital money developed alongside a reduction in the use of cash in developed economies, showing the increasing need for new innovative models of financial transactions. Bitcoin’s value comes from its ability to perform decentralised transactions that are secure due to Blockchain technology, however, its attraction as an investment comes through its limited supply: only 21 million Bitcoins will ever be ‘mined’.‍

Why invest in Bitcoin?

So why invest in Bitcoin? There have been many oracles who have forecasted the futility of investment in Bitcoin and its untimely demise, however, they have all been proven wrong. Why is this, and what is the source of Bitcoin’s strength as an asset class?

Let us discuss the fundamentals behind the value of an investment. This is usually based on a combination of:

3 reasons for investing in Bitcoin

The availability of Bitcoin

We have already spoken of its scarcity (there will only ever be 21 million Bitcoins available), however, the reward that Bitcoin miners receive for mining Bitcoin also decreases with time. This concept which is known as ‘halving’ took place for the 3rd time on May 12, 2020, reducing the reward for verifying transactions to 6.25 Bitcoins (down from 12.5). Historically, every Bitcoin halving event has pushed up the price of Bitcoin. One prediction is that the price of a Bitcoin will surpass $12,000[1].

The desirability of Bitcoin

The desirability of Bitcoin has increased over time. Initially limited to cryptography geeks and online shoppers, the decentralised currency caught the imagination of a world that was reeling from the financial shock of 2008 that was caused, mainly, by a heavily centralised and elitist global financial system The increasing desirability of Bitcoin can also be attributed to two further factors: a) the increasing financial power of digital natives who can see the possibility and longevity of digital currencies that are based on an immutable ledger technology, and b) the flocking of institutional investors (also now increasingly run by digitally native fund managers) to Bitcoin. These two factors will only push the price of Bitcoin to go up as time goes on, as more and more generation Y and Z investors enter the marketplace.

Comparison to Gold over a 10 Year Period

How to Invest in Bitcoin

You may be thinking, if I want to invest in Bitcoin, how do I go about doing it and in the most cost-effective method? To start off you want to buy Bitcoin at the best price available on the market, with the lowest fees.

Find out the price of a Bitcoin: You can find the market value on a website such as coinmarketcap.com which is the industry standard when it comes to establishing the current market value for a cryptocurrency. You can also use the SwissBorg app for this.

Use the most cost-effective method: In most countries around the world there are a normally a couple of options to buy Bitcoin on platforms such as Coinbase. However, to make sure it is a cost-effective purchase and you’re getting the highest amount for your fiat, you will need to know what is the cheapest transaction route for transferring your fiat into your investment asset (Bitcoin in this case). SwissBorg’s Wealth app is the only platform that automatically sources the best price available from the biggest exchanges.

The current global pandemic has shown us the need for a safe, secure and fair form of digital money that serves and reflects our global economy. For the easiest way to buy Bitcoin, using the cheapest transaction route, try Swissborg app.