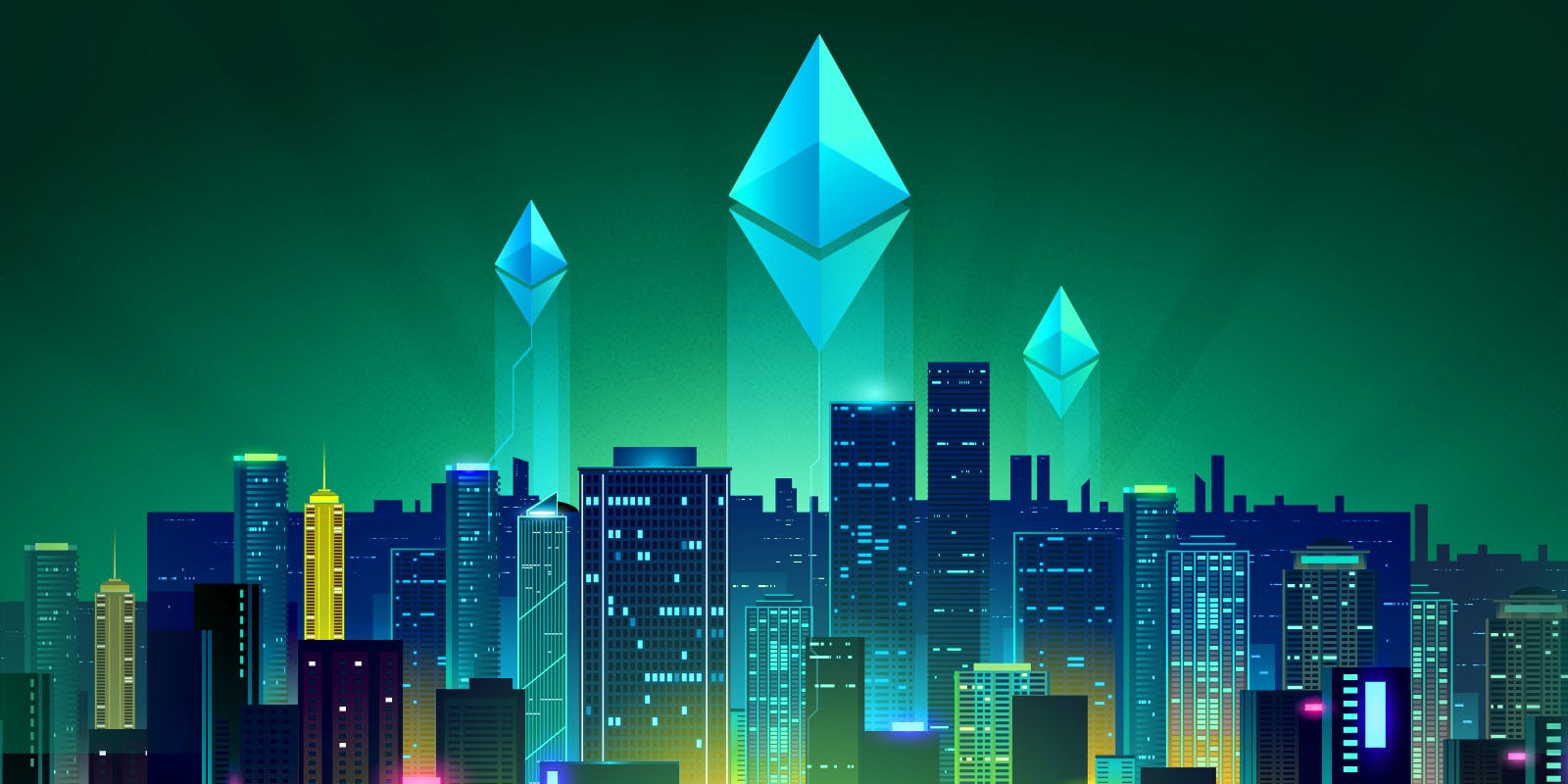 Over the years, debate about Bitcoin, Ethereum and various cryptocurrencies has rumbled on in this fast-paced high-tech world. Fast forward to the present day and the path for the two top cryptos is clearer. Bitcoin is the pristine, store of value that underwrites the application layer of the ecosystem – Ethereum.

Decentralised finance (DeFi) is predominantly built on Ethereum. The platform does away with the need for traditional intermediary organisations by recreating an ecosystem without the red tape. Stablecoins, financial derivatives, coin offerings, lending products and all sorts of financial instruments already exist on the platform and the options are growing.

For instance, collateralised stablecoins give anyone on earth with internet access the ability to transact in dollars, exchanging anything from groceries to property. Individuals are able to take out a loan using a lending protocol like Compound or conduct a coin offering to fundraise a project without a bank or access to venture capital.

Users are also able to trade derivatives on a decentralised exchange like Uniswap that never closes its doors and at relatively low cost. Contrary to traditional financial services which are inundated with fees, commissions and fund management costs, decentralised exchanges on the Ethereum network offer a free and secure market service to all.

Admittedly, fees are still a work in progress, which the upcoming EIP 1559 update is expected to remedy. Naturally, the trade-off is that users that opt for this decentralised alternative must take full ownership of their financial situation.

For this reason, trusted centralised alternatives will always be around, but this innovation is by far the most developed ecosystem on the blockchain.

At the same time, Ethereum is also used for other applications. Insurance protocols such as Etherisc automatically release funds to an insured individual once the data feed shows that conditions are met.

This concept is extended to other processes that are time-sensitive such as premiums for delayed or cancelled flights, which will also be completely automated in time just like insurance.

The Non-fungible-token craze (NFT) showed that musicians and artists can tokenise their art and offer them directly to fans, raising profit margins and disintermediating management companies.

Aside from the flight-example, both semi-financial applications are real and accessible today.

Using a DAO, voting rights are determined by the percentage of tokens owned by a native blockchain. Company decisions are then made using a tamper-proof voting smart-contract system, thereby removing legal uncertainties which would be useful in the event of a dispute.

Additionally, file storage systems can rent out their disc space and receive tokens of that blockchain as compensation, similar to what torrents did to the internet (but with an incentive mechanism). Filecoin is one such storage protocol.

In conclusion, it’s safe to say that if Bitcoin is the pristine store of value of the internet and all money, then Ethereum is the application layer on which all sorts of market-places are built.

The Ethereum Berlin upgrade and SwissBorg

Ethereum 2.0: What is it and Why is the Price Booming?