The Ropsten Merge: Another Successful Episode in the Ethereum Odyssey 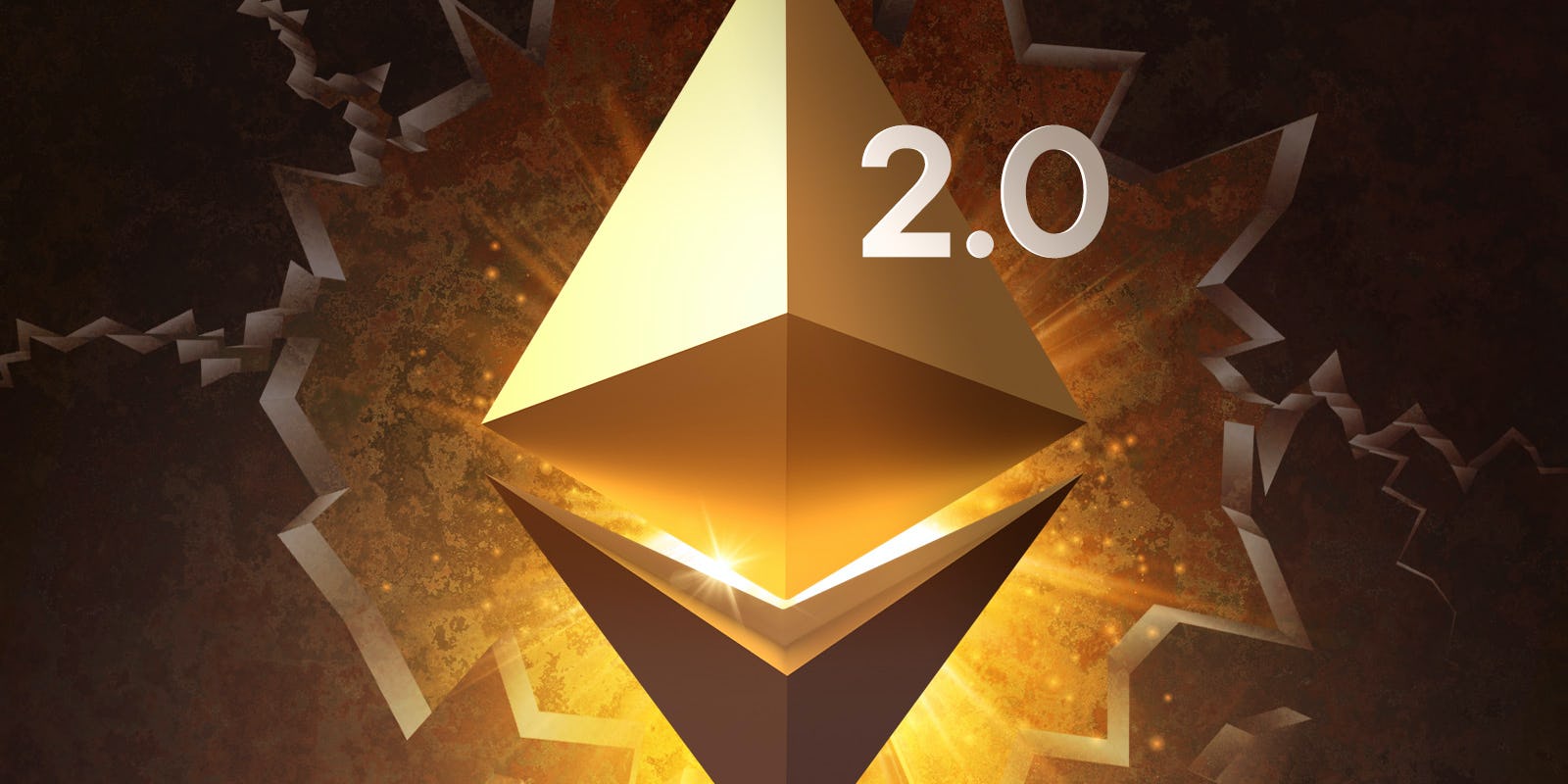 The Merge is seen as the most important upgrade to the Ethereum blockchain as it delivers on more than six years of effort. Ethereum’s blockchain merge aims to combine the ETH2 Beacon Chain and the Ethereum mainnet, transitioning the network from PoW to a PoS-based consensus mechanism.

The Merge was followed and celebrated online with a livestream event. ETH developers will deploy the change on the Goerli and Sepolia testnets to ensure the Merge is sound before conducting it live on the mainnet.

Named after a Stockholm metro station, the Ropsten testnet is a pre-configured PoW Ethereum test network, created around 2016 for developers to test Ethereum-related applications. As it is the only easily accessible PoW testnet, and is able to host all the main ETH clients, Ropsten provides a very accurate testing ground for the main Ethereum chain, having proved itself useful to devs testing their code prior to committing it to the mainnet.

Most recently Ropsten can boast proving that Ethereum can move from PoW to PoS after a successful test of the merge on June 8th 2022, marking a big step in the cryptosphere towards a newer, better, shinier Ethereum.

How did we get here? This is the result of an effort spanning six years, and the final achievement that made it possible to move to testnets were the shadow forks.

Another level to ‘The Merge’ testing started in April of this year with the use of six ‘shadow forks’ – which sound like, but are not, cutlery used by dark lords. A shadow fork is made when a new developer network is created from the fork of an active network, but with only a small number of nodes, used to illustrate how nodes will react in the hardest possible conditions.

A shadow fork is similar to a testnet, but holds a copy of a separate network, either from another testnet or the Ethereum mainnet, instead of having its own state. Because these shadow forks can be used to practise a merge to PoS while maintaining mainnet transactions and other mainnet state data, they are proving to be a key tool in the preparation for the real life merge.

After the shadow fork tests, it can be said that Ethereum has passed a major test phase with a successful merge. An issue that came up was with block proposals not being optimal, which the dev teams are looking into for the next tests.

The Goerli and Sepolia testnets

So, what’s next? Well, two more merges on the next testnets.

At some point in 2022, the Ropsten testnet will be retired, giving way to two other testnets named Goerli and Sepolia where the next phase of testing will go down.
The Goerli Ethereum testnet, created in November 2018, is next in line as it’s a good representation of the complexity of the mainnet and will show the associated risk.

As the penultimate step in the merge process, Sepolia testnet created in October 2021, is by far the best reproduction of the Ethereum production environment and is the critical acceptance test for accepting the merge process for the mainnet.

What’s next for Ethereum?

After the success on the Ropsten testnet, and the work done with the shadow forks, it is easy to visualise the Ether devs hard at work checking diagnostics and bug hunting, and we can say with confidence that this successful merge test will lead to the next phase of testing, with Goerli and Sepolia testnets up next.

We would like to congratulate everyone working on this momentous task and applaud your efforts!

As to the future, the timeline for further tests and the final merge is as murky as ever, but we can all hope that soon enough, the term ‘Wen Merge’ can be the newest piece of crypto culture history. 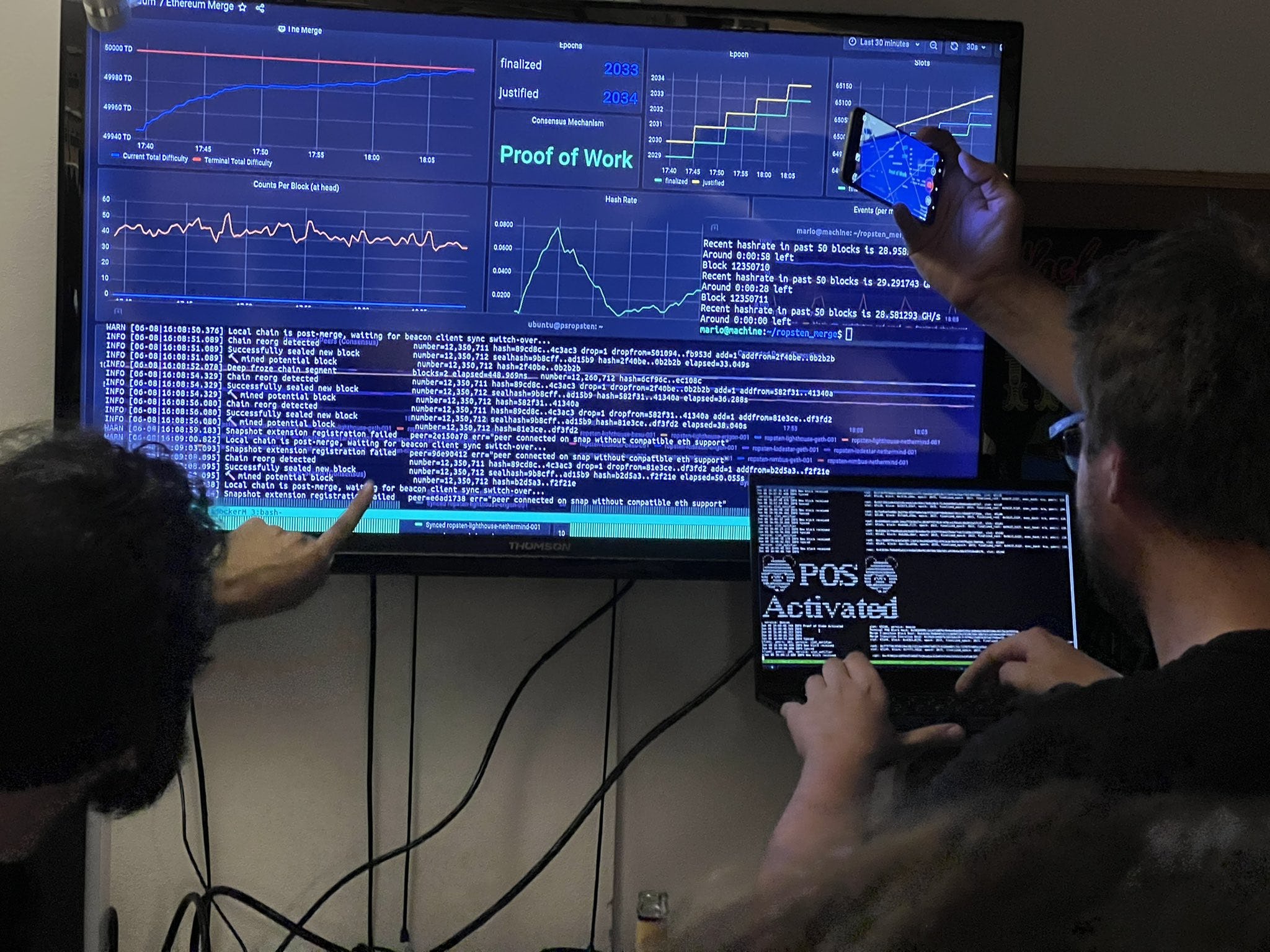 Invest in ETH with the SwissBorg app!