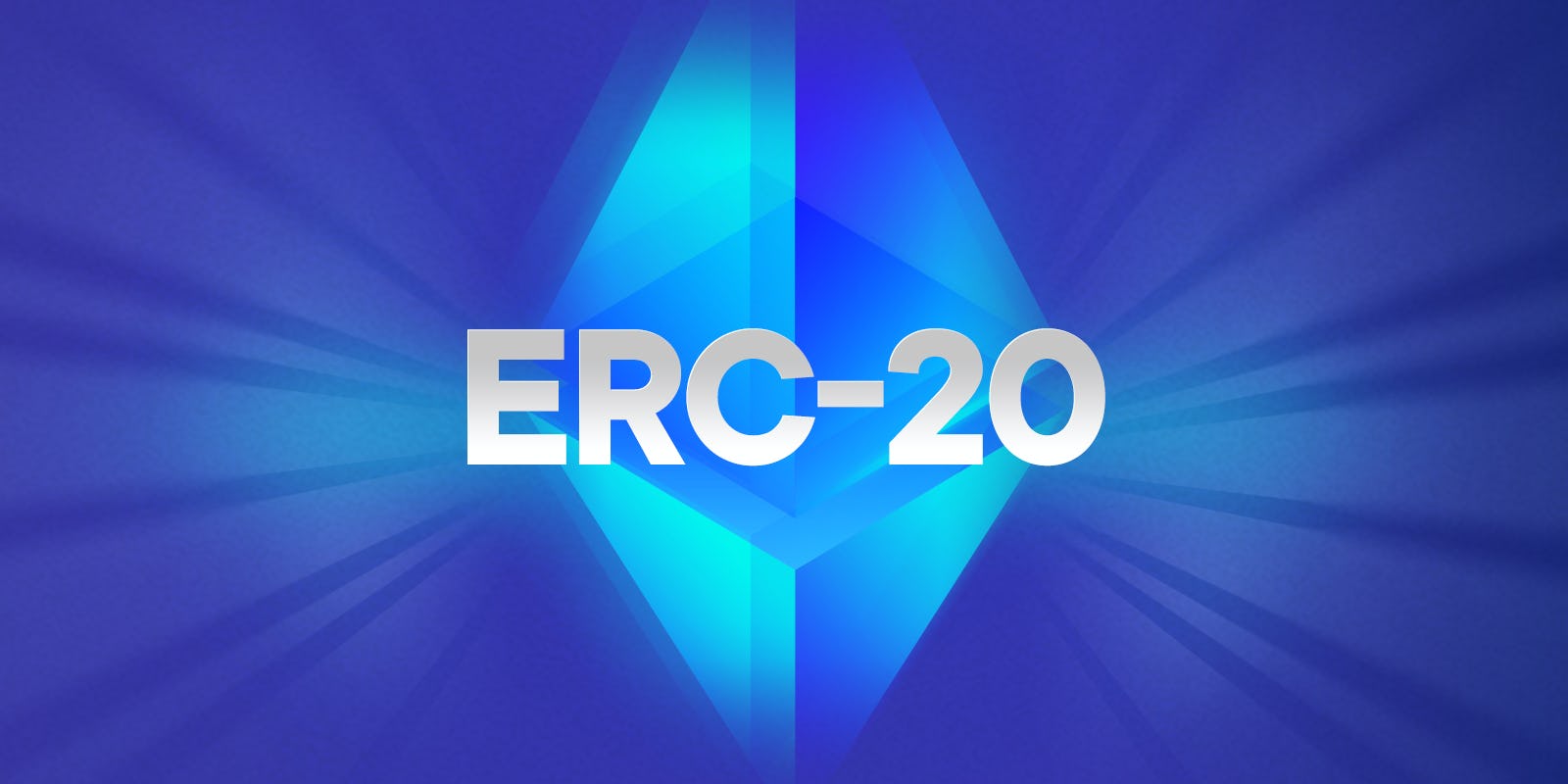 When you start getting into cryptocurrency, you’ll probably hear a lot about Bitcoin and Ethereum. While Ethereum hasn’t quite reached Bitcoin’s popularity, it’s home to many disruptive and fast-growing concepts and functions. One of the most popular of these is ERC-20 tokens.

You might’ve heard of ERC-20 tokens like CHSB or Tether. You can buy, sell and trade these like any other cryptocurrency, but they’re not entirely like other tokens. They come with some features and advantages you may not see in different currencies.

ERC-20 revolutionised cryptocurrency for both blockchain companies and crypto enthusiasts. If you’re going to invest in these tokens, though, you’ll need some more information than that. In that spirit, here’s everything you need to know about ERC-20 tokens and why you may want to invest in them.

An overview of Ethereum

To understand ERC-20, you first need to understand Ethereum, the system it runs on. Ethereum is more than just the home to its native cryptocurrency, Ether. It’s a platform, a programming language and a blockchain all in one. Most importantly, it enables smart contracts and decentralised applications (DApps).

Smart contracts are automated agreements based on rules and regulations in the blockchain’s code. They apply themselves automatically when users engage in specific actions, making blockchain transactions a smoother, more secure process. With these bits of code simplifying things, developers can create DApps — blockchain-based applications — on Ethereum at a minimal cost and time.

Thanks to smart contracts and DApps, people can use Ethereum to make a blockchain-based service or even their own cryptocurrency. No matter what they do with Ethereum, they need to create a token to do it. This is where some problems can arise. If everyone makes unique tokens with unique functions, these tokens won’t be scalable and can’t work together.

To get around this issue, blockchain developers can base their tokens on a preexisting standard. One of the earliest and most popular of these standards is ERC-20.

ERC-20 came about in late 2015, not long after the creation of Ethereum. It stands for Ethereum Request for Comments 20, as the 20th proposal for Ethereum features and innovations. While it isn’t the only token standard on Ethereum, it’s by far the most popular.

Many of the top 20 cryptocurrencies today are ERC-20 tokens. Since this standard emerged and caught on early, it makes sense that so many applications and currencies use it now. If almost everyone uses one standard, new applications that adopt it will be more convenient.

Without standards like ERC-20, companies would have to create their own blockchains and smart contracts to make blockchain products. ERC-20 simplifies the process and gives new applications some needed interoperability. Trading between different ERC-20 tokens is easy because they use the same set of rules and features.

When you think of blockchain tokens, you probably think of cryptocurrency, but that’s not all they can be. ERC-20 can also serve as the blueprint behind blockchain-based lottery tickets, tracking services or company shares. No matter what a token represents, it needs a set of rules to define how it works, and that’s what ERC-20 is.

Rules and functions of ERC-20

ERC-20 tokens have to adhere to six mandatory rules and can adopt three optional ones. These rules are a list of functions that token creators have to define so their tokens can work in the ERC-20 ecosystem. First, let’s look at the mandatory ones.

The first rule, [totalSupply], establishes the total number of tokens created since ERC-20 tokens must have a limited supply. Developers also need to define a [transfer] feature, which allows them to transfer tokens from the supply to users. On the flip side is the [balanceOf] feature, which returns the tokens from one address to the supply.

Users need to be able to exchange tokens between each other, too, which the [transferFrom] function enables. The last two mandatory rules help prevent fraud. The [approve] function compares transactions to the total supply, and [allowance] cancels a transaction if a user has insufficient tokens.

The three optional rules are Token Name, Symbol and Decimal. The first two enable developers to create a name and abbreviation to help identify the token, which is crucial for cryptocurrencies. Decimal defines the lowest possible value of the token, or how small a fraction users can buy and sell.

Investing in cryptocurrency can be risky since it’s a relatively new concept and is mostly unregulated. Just as you should inspect the details of a traditional investment before money changes hands, you should understand a cryptocurrency before buying it. Since ERC-20 tokens like CHSB adhere to a clear set of rules, you can buy them with more confidence.

If you already own some ERC-20 tokens, you can exchange them for others without much trouble. Since they all run on similar smart contracts, issues like unfair exchange rates, glitches and hacking are less of an issue. This interoperability also makes it easier to understand and use any blockchain services that use ERC-20.

ERC-20 makes things easier for blockchain program developers too. Creating a new blockchain can be complicated, and getting people to trust it is even more challenging. With ERC-20, they can use a system that already exists and users are already familiar with. It gives them a considerable head start.

Since ERC-20 makes it so easy to create new blockchain applications, it can lead to innovation. The ease of use will bring more users and developers to the Ethereum platform, creating new and potentially revolutionary services.

Like anything in the crypto sphere, ERC-20 isn’t perfect. The ERC-20 rules prevent a lot of misuse and potential problems, but there are some things they don’t stop. For example, in some situations, a bug has destroyed tokens when used as payment in a smart contract.

Another bug called batchOverflow allowed hackers to exploit smart contract vulnerabilities, causing several exchanges to suspend deposits and withdrawals. The batchOverflow bug doesn’t affect all ERC-20 applications, but those that implemented the optional batchTransfer feature may be vulnerable. Given these potential bugs, you should be sure to invest in tokens like CHSB that ensure your security.

Some people have argued that it’s too easy to create new currencies and applications with ERC-20. Its ease of use could pave the way for people to flood the market with undesirable tokens. As a result, it could be harder for users to find the reliable, more valuable tokens and applications on Ethereum.

Finally, there are potential issues with the Ethereum ecosystem itself. Ethereum has a relatively low throughput, so periods of high demand could slow some functions. Famously, an app called CryptoKitties slowed the entire Ethereum blockchain before it moved to its own blockchain.

Several other standards have emerged on Ethereum since the creation of ERC-20. Some of these are meant to enable different functions, and others try to make up for some of ERC-20’s vulnerabilities. None of these have seen the same adoption as ERC-20, though.

It looks like ERC-20 will remain the go-to standard for Ethereum cryptocurrencies and DApps for the foreseeable future. The same is true of Ethereum itself, which has retained its popularity despite many newer platforms trying to unseat it. Still, that doesn’t mean things won’t change or develop for ERC-20 in the future.

China is trying to launch a national cryptocurrency, and other nations may follow suit. ERC-20 could serve as the basis behind a new national digital currency. At the very least, countries could turn to these standards as inspiration for how to develop a new cryptocurrency.

As new generations of investors lose faith in the traditional stock market, ERC-20 may provide an alternative. ERC-20 tokens like CHSB can give users a say in the future of their companies. As more companies and investors start using tokens like this, it could change how businesses manage stock ownership. Business as a whole could become more communal.

When Ethereum emerged in 2015, it provided a world of new opportunities to blockchain developers and enthusiasts. Five years later, ERC-20 tokens are still a driving force behind some of crypto’s most disruptive innovations. Cryptocurrency and blockchain already held disruptive potential, but ERC-20 took it further.

ERC-20 tokens make cryptocurrency more accessible and secure for investors and developers alike. If you’ve wanted to get involved in crypto but have some reservations, tokens like CHSB are an excellent place to start.