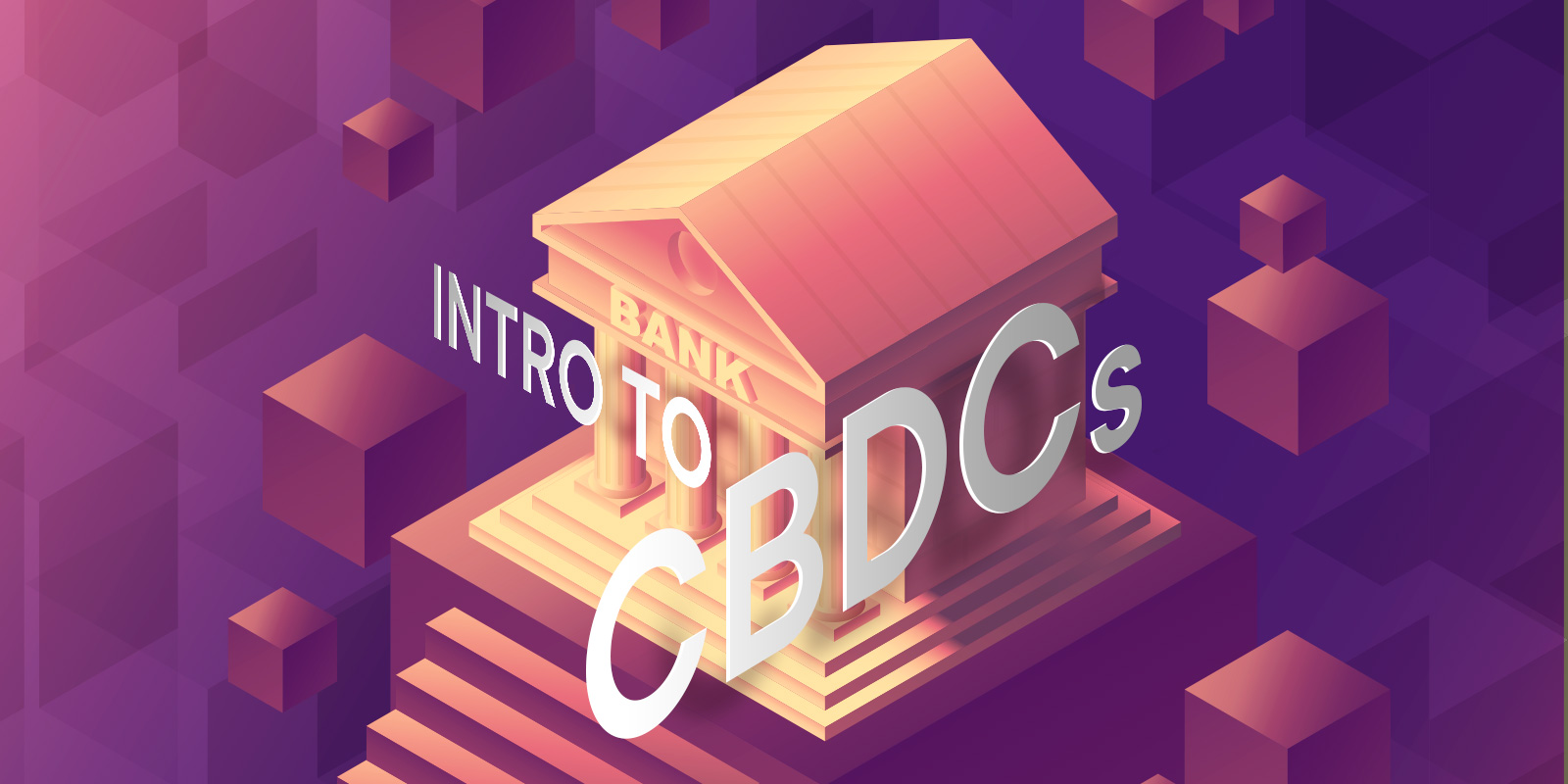 Cryptocurrencies like Bitcoin and Ethereum have become household names in the cryptoverse, having consolidated their relevance over the last decade. Critical acclaim by financial markets has now become so widespread that central banks like the US Federal Reserve, the European Central Bank, the Bank of England and the People’s Bank of China are experimenting with their own version of digital currency.

As the name suggests, a CBDC or Central Bank Digital Currency is a digital currency that originates from a central bank. Put simply, a CBDC is a digital representation or form of fiat currency, which could be understood as a central bank’s version of a cryptocurrency. Admittedly, this is somewhat of a sweeping statement as cryptocurrencies and decentralisation normally go hand in hand. This is not the case when it comes to CBDCs, which are centralised by definition.

However, the monetary definition of a CBDC is not dissimilar to current fiat currencies like the Euro or the Dollar. They are often advertised as a digitised version of fiat money. To understand CBDCs, one must first understand what makes a currency. Broadly speaking, a currency is defined by an economic unit of value that functions as a widely recognised medium of exchange. Fiat currencies vary as a function of the number of people using them, and a CBDC’s properties are no different in this regard. In fact, a CBDC is more like an inconspicuous technological improvement than it is a change for the end user.

As you’re well aware, by no means does a CBDC compare to Bitcoin in its fundamental nature since it is issued by a central authority, which in this case is a central bank. In this regard, CBDCs are better understood when compared with stablecoins such as USDT or USDC.

What are the characteristics of a currency?

A currency must have the following characteristics:

Fungibility means that the units of the medium of exchange should be relatively uniform, such that the smallest unit is interchangeable with any other unit of the same currency. Paper cash contains a unique serial number, but this serial number never gets in the way of a transaction even though each note can be individually identified. Blockchain variations allow for this to be replicated in a digital environment.

A currency needs to be widely recognised in order for parties to settle and agree on terms to transact. If a currency is not recognised by one party, then the transaction costs will rise due to the uncertainty and perceived risk. Today, the US dollar is considered the ‘global reserve currency’. As such it is accepted everywhere. Much like USDC, a CBDC will not change this characteristic, maintaining the 1:1 ratio to the traditional monetary value.

A currency must be flexible and highly mobile. In this respect, CBDCs will most likely improve cross-border payments dramatically, which would get rid of traditional ‘swap lines’ and other cumbersome processes associated with legacy financial systems (which work with disparate databases).

Durability is specifically related to the idea that a currency will retain its value over time, and is durable enough to be reused. This is more a problem of traditional cash than digital currencies. Since CBDCs are a digital representation of paper cash, the problem of durability is solved entirely. The trade-off for increased efficiency and automation is that no transactions can be conducted without prying eyes on the transparent blockchain.

Stability is necessary in any traditional fiat currency. Currencies like the Turkish Lira have plummeted in value for various reasons that stem from the centralised issuance of currency. Comparatively, the Euro-Dollar standard has allowed for relatively stable prices over time. While inflationary effects weaken the purchasing power of a currency, inflationary pressures are supposed to be countered through wage increases which offer a sense of stability for Euros, Dollars and the Great British Pound currency. This would not change with the introduction of a CBDC.

What’s the latest on CBDCs?

While CBDCs are still a work in progress, a number of trade-offs will probably be made with their introduction. On October 19th, the International Monetary Fund hosted its annual meeting to discuss how central banks around the world will proceed with implementing this technology on a global scale. Augustin Carstens, who manages the Bank of International Settlements (BIS), said: “with CBDCs, the central bank will have absolute control on the terms and regulations of the currency and also we will have the technology to enforce that.”

In effect, central bank digital currencies could represent a trade-off between ease of access (for the end user) and increased central bank control over the currency. Of course, this is up for discussion, and each world power will tailor their CBDC differently. For example, the European Central Bank’s Christine Lagarde recently launched a public consultation about the Digital Euro on Twitter for feedback on the prospect of a digital Euro. Among the various questions, the ECB described “two approaches we can take to make a digital euro work, one that requires intermediaries to process the payment and one that doesn’t.” Notably, one of these choices would have significant political and economic ramifications for the peoples of Europe.

Will this affect Bitcoin and other cryptocurrencies?

It remains to be seen what tangible effect the introduction of central bank digital currencies will have on cryptocurrencies. However, in light of the fact that such central-bank-issued stablecoins will have the same characteristics as fiat money, there’s little reason to expect that these digitised forms of money will have any meaningful effect on scarce assets like Bitcoin and gold.

However, a CBDC would enable central banks to have direct access to fiscal policy when implemented. If every European citizen has a central bank account with the ECB, for example, then the ECB will be able to make direct cash injections to each citizen without having to go through private banks or regional governing entities. This is a form of fiscal policy that is normally applied by governments, which oversee tax policies and spending. As you can imagine, this could create a fair bit of friction between governments and central banks who might soon be jostling for influence over such policies.

The era of digital currencies

Slowly but surely central banks have woken up to the fact that digital ledger technology represents a major opportunity that would allow them to gain more influence over fiscal policy, among other things. As it happens, Bitcoin advocates have turned their critical gaze on this development largely because CBDCs do not fundamentally change an underlying fiat currency.

That said, while politics and currencies battle out their differences in the arena of public discourse, central bank digital currencies are shaping up to be the next big players in the stablecoin market, if nothing else.