Bitcoin Halving: How it works 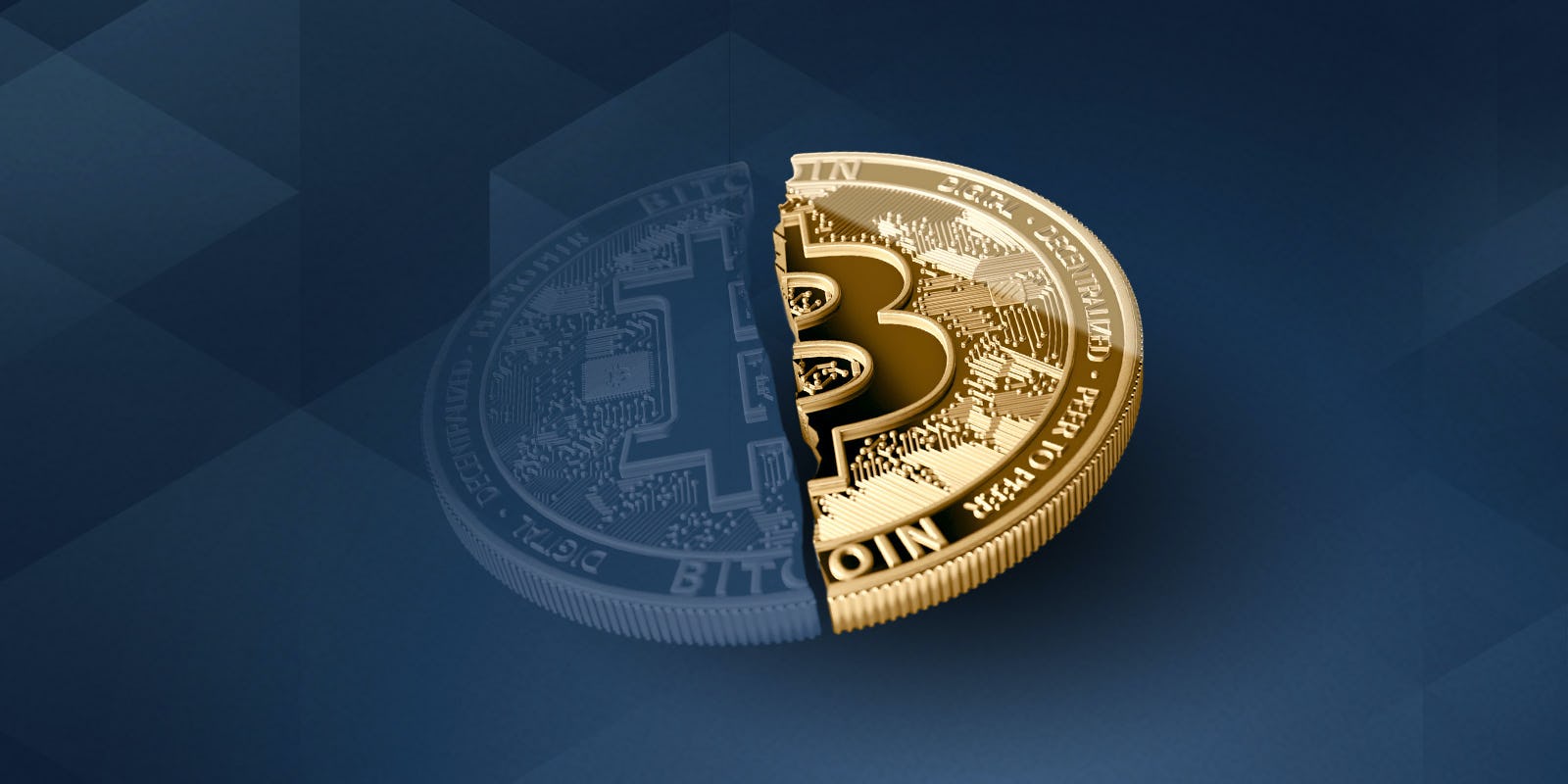 Background of the Bitcoin Network and Halving

Every four years since the creation of the Bitcoin network, miners’ rewards get slashed in half. This is known as Bitcoin halving, sometimes called ‘halvening’. To date, a total of three halvings have occurred. The most recent one happened in May of 2020, reducing block rewards to 6.25 BTC. But before you try to wrap your head around what Bitcoin halving means, let me give you a brief background of how the Bitcoin network operates.

How does the Bitcoin network operate?

Even though how the Bitcoin network operates is complex, it’s easy to understand if you know how mining works.

First, the Bitcoin network has a finite supply of bitcoins that will ever be produced. Only a total of 21,000,000 bitcoins will ever be mined (though that doesn’t mean there will be that many Bitcoins in circulating supply - some Bitcoins have been lost forever due to owners misplacing their private keys).

To unlock these bitcoins in the network, miners carry out an important function. Bitcoin miners are constantly racing against time to solve complex mathematical puzzles. To confirm transactions on the Bitcoin network, miners run sophisticated machinery which requires constant and heavy consumption of raw electricity. Technically, this is called proof-of-work. These puzzles hold the answer to confirming the next Bitcoin transaction. For this exercise, the network algorithmically rewards miners with a specific number of Bitcoins called coinbase rewards.

This is also how new Bitcoins are created and added into circulation - the Bitcoins offered as rewards are added to the total circulating supply.

What is Bitcoin halving?

Transactions are confirmed and included in a block (where files pertaining to the Bitcoin network are recorded) approximately once every ten minutes. Every time a node in the Bitcoin network validates a transaction that gets added into a block, it gets a reward. This reward is what gets halved every four years.

This is one of the striking differences between the Bitcoin network and the fiat currency system - the limited supply of the cryptocurrency. Satoshi hardcoded halving in the Bitcoin network to control the issuance of new Bitcoins through the mining process. The benefits of this are controlling how much of the supply will become available over time, thereby reducing inflation.

The last halving happened in May 2020, and miners’ rewards were reduced from 12.5 Bitcoins to 6.25 Bitcoins.

What is the halving schedule?

Earlier, we established that halving happens approximately once every four years. That means Bitcoin's inflation rate and the rate at which new Bitcoins enter circulation halves every four years. As you can see, even though Bitcoin is described by many as an extremely volatile asset, there’s still certainty as to the supply of that currency. There's a planned date for when the total supply of BTC will be distributed entirely, and that’s still about a century from now.

When the Bitcoin network went live in 2009, miners who merely used their home computer to set up a full node on the network were rewarded 50 Bitcoins upon validating the network’s transactions. Since then, there have been three halvings, with the rewards offered to fall by 50% each time:

Currently, 18,663,712 Bitcoins are circulating out of the 21,000,000 total supply. That means miners have generated about 89% of all the Bitcoins that will ever be in circulation.

At the Bitcoin network’s halving rate (halving happens for every 210,000 blocks mined), the last halving will occur around 2140. After then, miners will only be rewarded from transaction fees as there will no longer be coinbase rewards.

How Bitcoin halving affects the price of Bitcoin

A lot of speculation happens during Bitcoin’s halving event. Historical study for the last three halvings shows that Bitcoin’s price tends to rise after halving events.

Interestingly, many experts argue that correlation is not causation when it comes to Bitcoin halving and price appreciation. However, since the last halving in May 2020, Bitcoin’s price has appreciated from $8,672 to over $61,000 in March 2021. As far as history is concerned, the Bitcoin price tends to appreciate after the halving event.

As the rewards are halved, this automatically reduces the inflation rate, leading to higher prices. After halving, the price appreciation helps to keep incentivising miners who deploy significant resources in computational power to keep their nodes running.

So what would happen if a halving did not result in Bitcoin price appreciation? This would mean miners would no longer be motivated to run their nodes, right? That is usually not the case.

The Bitcoin network has an inbuilt regulating mechanism where it automatically adjusts the difficulty level of the computational puzzles that need to be solved. As more nodes join the network, bringing in their extra computational power, there’s a tendency for block confirmation time to reduce. But that doesn’t always happen as miners’ difficulty levels adjust to keep the block confirmation within the ten-minute range.

When will the next halvings happen?

Bitcoin halving and the future

The supply and demand principle hold sways on the subject of Bitcoin halving. As halving will continue well into the future, Bitcoin’s demand will increase with a limited supply necessitating price appreciation.

Just imagine if the quantity of Gold mining allowed was reduced every four years. What do you think would happen to its demand? People would scramble to own a piece of it! Nations already hold Gold as part of their reserve deposits to hedge against hyperinflation or other severe economic catastrophes. This is the most likely scenario for Bitcoin while halving continues.

Big corporations like Microstrategy, Square and, most recently, Tesla are betting big on Bitcoin. One could say they are anticipating future appreciation of the “digital gold”. Most especially under the mercurial leadership of Elon Musk, Tesla has started accepting Bitcoin as a payment option for its car sales. Perhaps the most exciting part of the Bitcoin adoption story is that Tesla specifically stated that it has set up its full node as it begins accepting Bitcoin as a payment option for its products. It even went further to state that it will not be converting Bitcoin proceeds from its car sales into fiat but will keep hodl-ing.

Bitcoin halving occurs once every four years, slashing miners’ rewards in half. This serves as an internal deflationary mechanism, reducing the rate at which new bitcoins enter circulation.