What is a Fork? 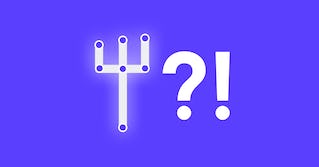 What is a blockchain fork and what happened with the Bitcoin fork?

After discovering Bitcoin in our Community App or reading our article "What's Bitcoin?" you became familiar with the king of cryptos and some of the terms surrounding this technology.

If you have consulted the cryptocurrency market you have probably already asked yourself the following question: why are there different cryptocurrencies with the name "Bitcoin" in them?

What are the differences between Bitcoin, Bitcoin Cash, Bitcoin Gold, Bitcoin Private and Bitcoin SV?

Why are there these different currencies with similar names but different prices?

What is a Blockchain Fork?

Well, these different currencies come from "forks" well known to those who know the crypto market. Any protocol can be ‘forked’ one or multiple times not just Bitcoin. Remember, the blockchain is composed of blocks that align one after the other in time. Like a pearl necklace.

As its name suggests, a fork is simply a branch in the blockchain. In other words, a division of the blockchain into several branches in the shape of a fork or a tree.

These forks may occur for several reasons but the main reason is to modify the source code of the currency in question to improve it or make it evolve. In other words, if you want to change the rules of a protocol such as the maximum block size, update security rules or create a new cryptocurrency from an old one, you must perform a fork to create a new branch.

There are two types of forks:

During a hard fork, there are two possible outcomes: either all transaction (or miner) validators decide by consensus to use the new version to have only one protocol. Or, some of the miners refuse to use the new version and will have two protocols with their own protocol created from a given block branch at the time of the fork as shown below.

Successive hards forks of the Bitcoin are, therefore, at the origin of the various cryptos listed above. During these forks, in the absence of consensus, the communities are divided.

What are the Forks of Bitcoin and their properties?

Many soft forks are used in different projects in order to constantly improve them, but as in any new technology, there are often debates about the direction a certain project should take. Sometimes, a hard fork is the only solution to satisfy two communities with differing opinions. In addition, if you want to create a brand new cryptocurrency you can also perform your own hard fork from an existing blockchain.

Since its genesis block, Bitcoin has passed through many soft and hard forks, we can list the main cryptocurrencies that have emerged from the Bitcoin hard fork: 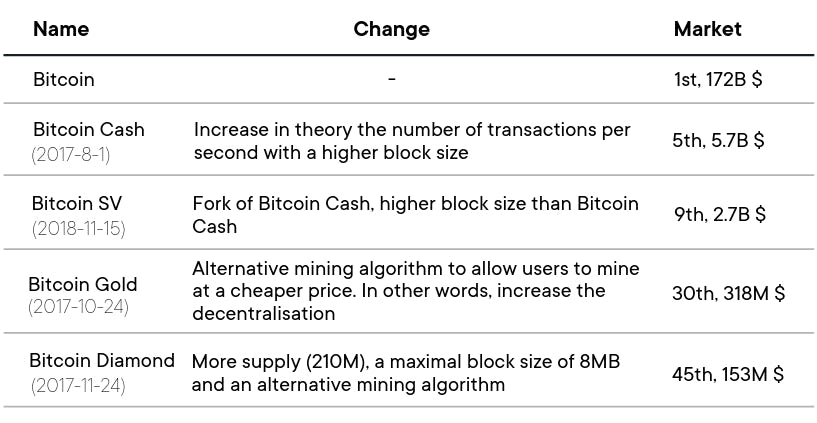 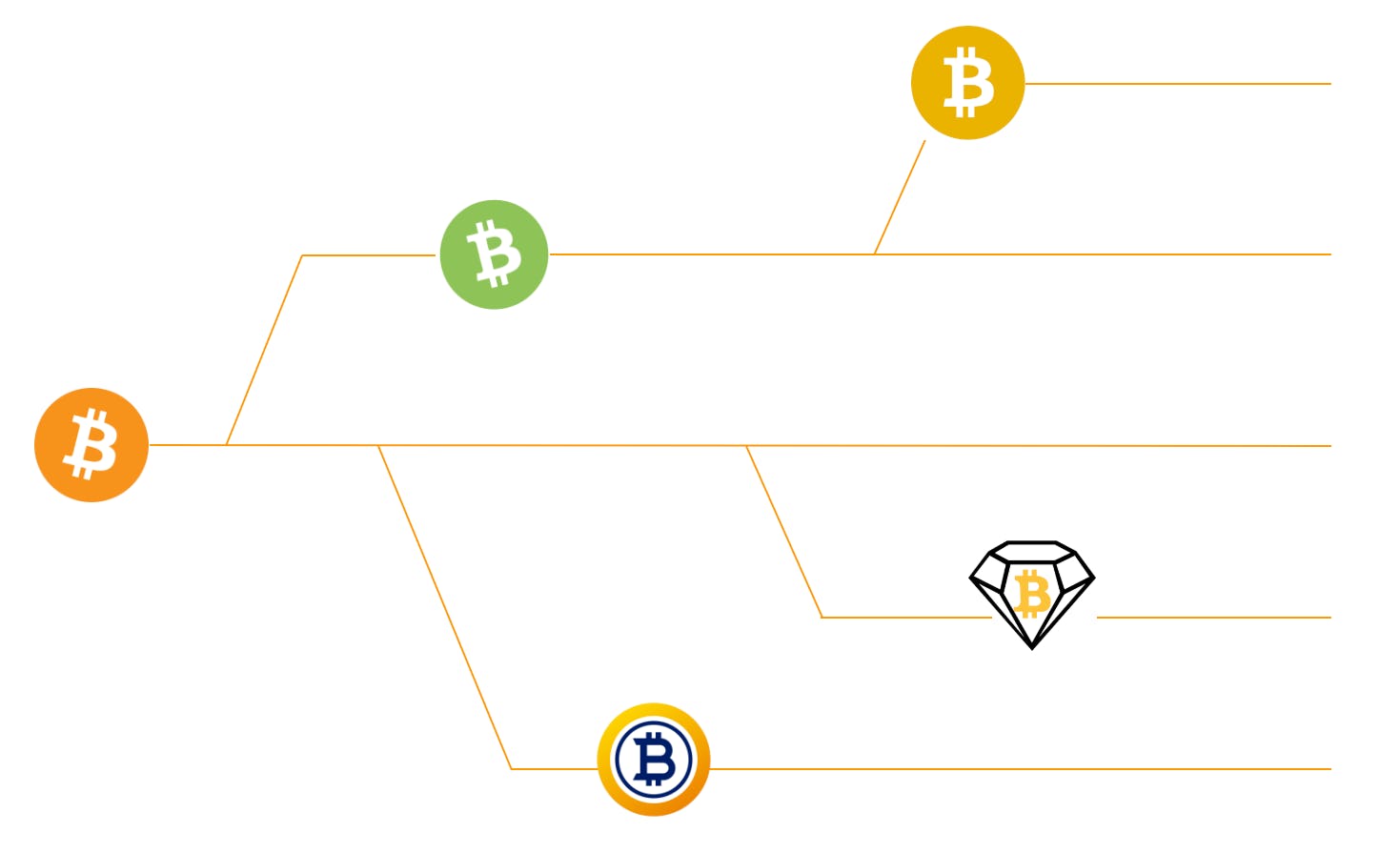 All these modifications and alternative protocols are intended to either address a potential problem of the initial protocol (e. g. the size of blocks to reduce costs and increase the number of transactions per second) or to improve the decentralisation and the profitability of the mining.

What impact do forks have on Bitcoin in the market?

When a hard fork is performed, holders of a quantity of the original currency will receive both the tokens of the new protocol as well as the old one at the time of the fork.

For example, when you fork Bitcoin Cash if you had 1 Bitcoin at the time of the fork you will hold 1 Bitcoin and 1 Bitcoin cash after the fork.

Thus, during a fork, we enter into a speculative phase for the price of the two cryptocurrencies. Indeed, if there is no consensus investors and miners are split between the two existing projects according to the convictions and interests of the two communities.

For Bitcoin or any project, all these hard forks could have been seen as a long-term threat because part of its market capitalisation is dispersed over the other altcoins after the forks. 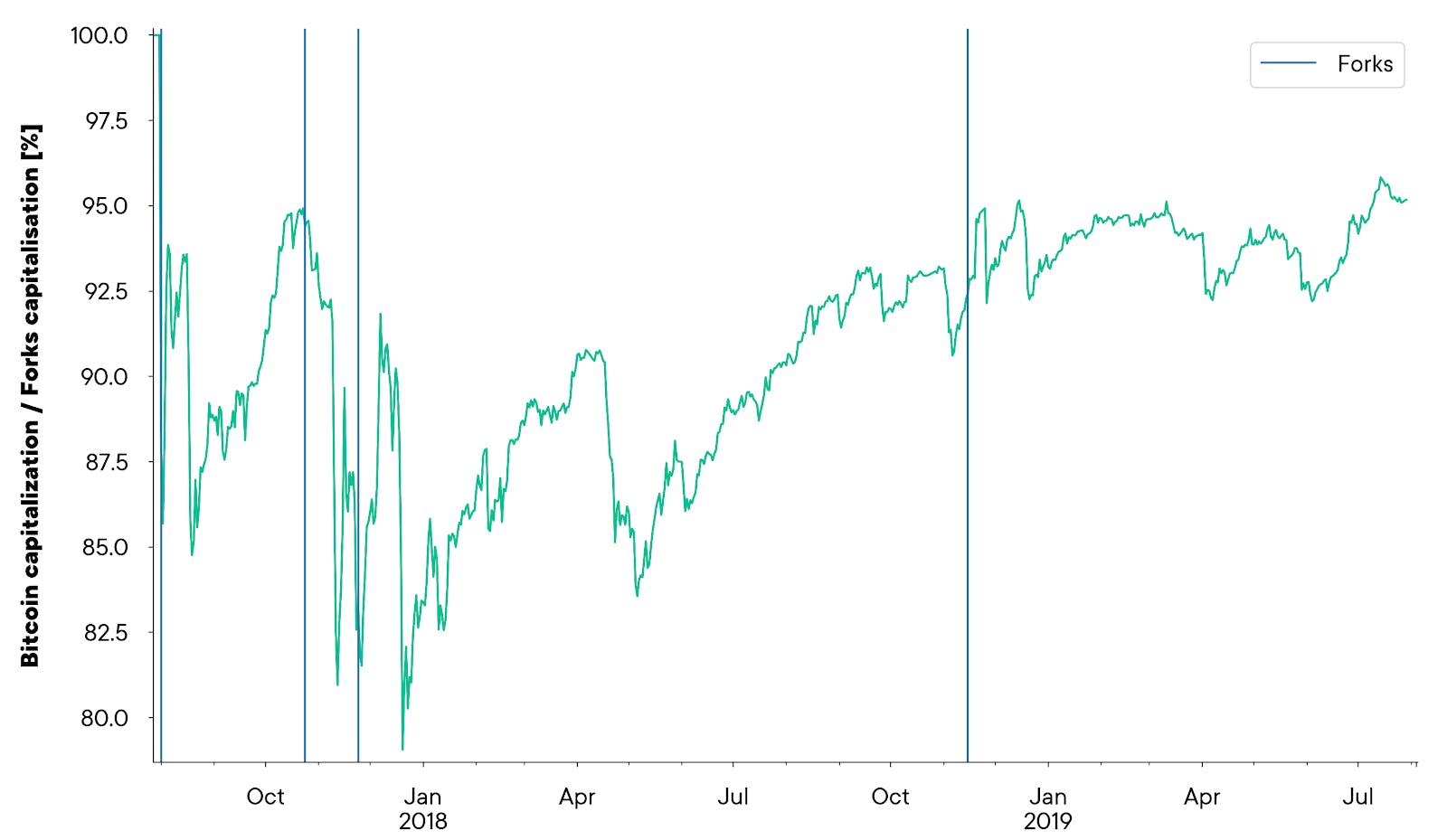 As shown in the graph, for the time being, the Bitcoin forks have not affected the original Bitcoin despite apparent technological improvements. Today, forks only correspond to 5% of the entire Bitcoin tree for less than 3.5% of the total capitalisation. There have never been so many alternative projects, but Bitcoin has never been so strong in relation to them. 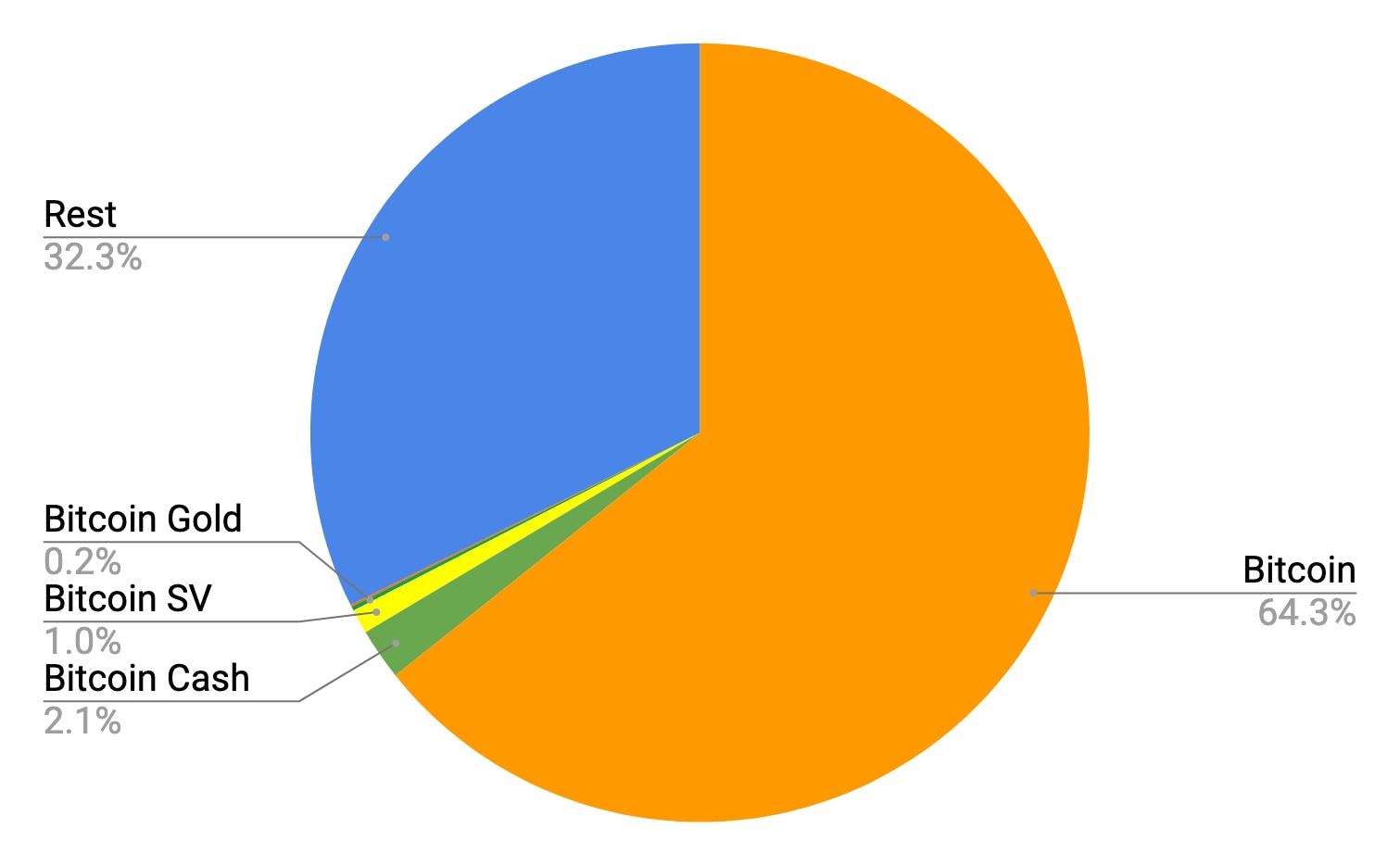 It is not impossible to see a Bitcoin hard fork to, one day, take over the core project. But, currently and probably over time, even if these hard forks aim to propose an improvement in technology, Bitcoin remains the king thanks to its age, its strong community, its visibility, its unequalled safety empowered by the number of miners in the world, and its ongoing and future improvements through soft fork or subsidiary development (read “What's Bitcoin?”).

This does not remove the value of other projects that propose alternatives and continues to develop and contribute to the growth of the ecosystem. In other words, forks, whether soft or hard, are mutations that allow the development and diversification of a booming technology. Far from being threats they are a sign of the vitality of blockchain technology.