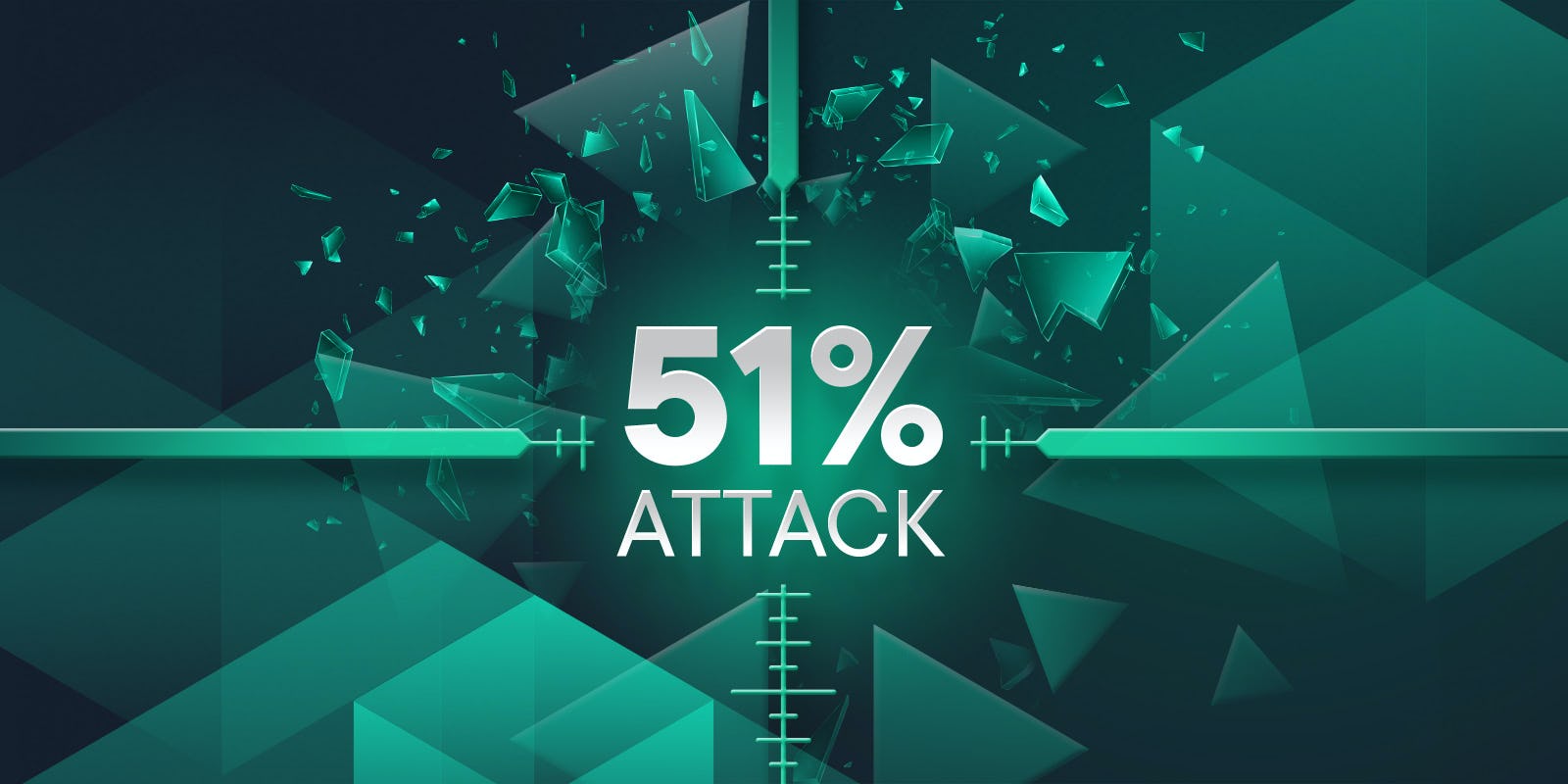 Many cryptocurrency enthusiasts have heard about 51% attacks but don’t know the details about them or whether such incidents cause genuine risks. This in-depth guide will break down all the specifics, plus explain options that make 51% attacks less likely to happen.

A 51% attack is an event associated with a proof-of-work (PoW) blockchain. The blockchain is the digital distributed ledger system that records all of the blockchain’s transactions.

PoW is the original method of consensus on the blockchain. It’s an algorithm whereby cryptocurrency miners receive rewards for verifying the blockchain’s transactions. A successful 51% attack means one group or individual has majority control of the blockchain network’s computing power.

Cryptocurrency mining happens with powerful computers that solve complex mathematical problems. When a miner provides a solution to one of the puzzles, it creates a new blockchain segment containing just-confirmed transactions. The first miner to solve the problem receives a predetermined amount of cryptocurrency as a reward.

A blockchain’s structure consists of groups of blocks containing bundles of data. Each block contains the information confirmed on the blockchain within a certain amount of time. Bitcoin’s blockchain, for example, gets a new block created approximately every 10 minutes.

However, the primary issue with a 51% attack is that it allows the responsible person or group with the dominating influence on the hash rate to interfere with creating new blocks. They could make all the new ones themselves, earning the associated rewards.

What are the risks associated with 51% attacks?

If a malicious party or group successfully gained control of a blockchain network through a 51% attack, several unwanted consequences could occur. For example, they could prevent confirmations for some or all transactions, resulting in an issue called transaction denial of service.

Additionally, 51% attacks allow responsible parties to stop all or some blockchain miners’ activities, causing a “mining monopoly.” Another potential issue is that the person behind the 51% attack could cause a double-spending dilemma. That happens when people erase evidence of a transaction or post fake versions of transactions to the blockchain without spending any cryptocurrency.

However, that individual could not delete the transactions other users make. They also would not have the power to create new currency by forgoing the mining process or stop the blockchain from broadcasting its transactions for others to see.

How likely are 51% attacks?

It’s more difficult for an attack to happen on blockchain networks with a large number of participants. That’s true simply because their collective computing power is often greater than what an individual or group working together can overcome.

Thus, analysts assert that smaller, mining-based cryptocurrencies are most at risk of experiencing 51% attacks. If they use a well-established blockchain for their coins, a hacker only needs to know the algorithm it uses to understand how to attack it.

In one month during 2018, there were five 51% attacks, all on relatively small blockchains. The assumption before then was that hackers would never bother to target the larger ones. Successfully attacking those would require too much computing power, and therefore prove too costly.

However, as 51% attacks became more common, some people worried that larger networks might be at risk for them, as well.

The website Crypto51 gives examples of how much it would cost to carry out a 51% attack on certain blockchains for one hour. The current rates topped out at USD 716,072.00, but the costs plummeted to only a few dollars or less for smaller blockchains.

What are some examples of real-world 51% attacks?

People initially discussed 51% attacks in theoretical terms. However, in 2016, a group known as The 51 Crew targeted two smaller blockchains, cloned from the Ethereum blockchain, called Shift and Krypton. The criminals sent ransom notes to the affected parties. They also tampered with the blockchain’s software code, which allowed them to double-spend the cryptocurrency.

However, those events were only the start of things to come. Hackers compromised the Bitcoin Gold blockchain's security with a 51% attack that persisted for more than three days in May 2018. That instance hurt cryptocurrency exchanges that offered Bitcoin Gold. The responsible parties engaged in double-spending, too.

2018 was also an exceptionally bad year for a cryptocurrency coin called Verge. It got hit with two 51% attacks in as many months. One of them resulted in the hackers getting approximately USD 1.75 million in coins.

A recent example of a 51% attack concerned the Firo coin. That instance occurred in 2021 on the 18th of January. Hackers tampered with previously confirmed transactions on the blockchain, affecting hundreds of blocks. After that, the price of Firo fell by more than 15%.

These examples show that a 51% attack is no longer a theoretical scenario. It’s also not a situation restricted to the cryptocurrency world. Many business owners implement methods to prevent single parties or groups working together from gaining too much control.

For example, some of them create Employee Stock Ownership Plans (ESOPs). In those cases, employees share ownership of companies and participate in decisions about how to run them. A 51% attack is a real threat, but preventive measures exist.

How could blockchain networks prevent 51% attacks?

Bitcoin’s blockchain was the first to use the PoW model for consensus. In that case, every miner participating in a blockchain’s network is a node. The node must go through an agreed-upon process to complete work and verify a transaction’s legitimacy.

Bitcoin’s creator, Satoshi Nakamoto, outlined the PoW process in a white paper. The concept assumed that most miners would remain honest, safeguarding the blockchain from attacks.

Moving to the proof of stake (PoS) model can also make 51% attacks less likely. The PoW model rewards people who have the computing power necessary to solve the mathematical equations.

In contrast, PoS allocates mining power to people depending on how many coins they hold. Additionally, a miner can only confirm a percentage of transactions reflective of the cryptocurrency they possess.

This model prevents outsiders from gaining control. It also stops people from orchestrating sudden attacks. That’s because it would require extraordinary resources to allow a person to hold the majority of available coins.

The SwissBorg (CHSB) token is one example of an option that uses staking to maintain a power balance. When users stake their tokens, they lock them for a predefined period and enjoy premium benefits, including 0% fees, during that time.

This overview shows that 51% attacks are no longer theoretical situations. Fortunately, taking decisive action, such as moving away from the PoW model, can make them less likely to happen.

The history and evolution of blockchain